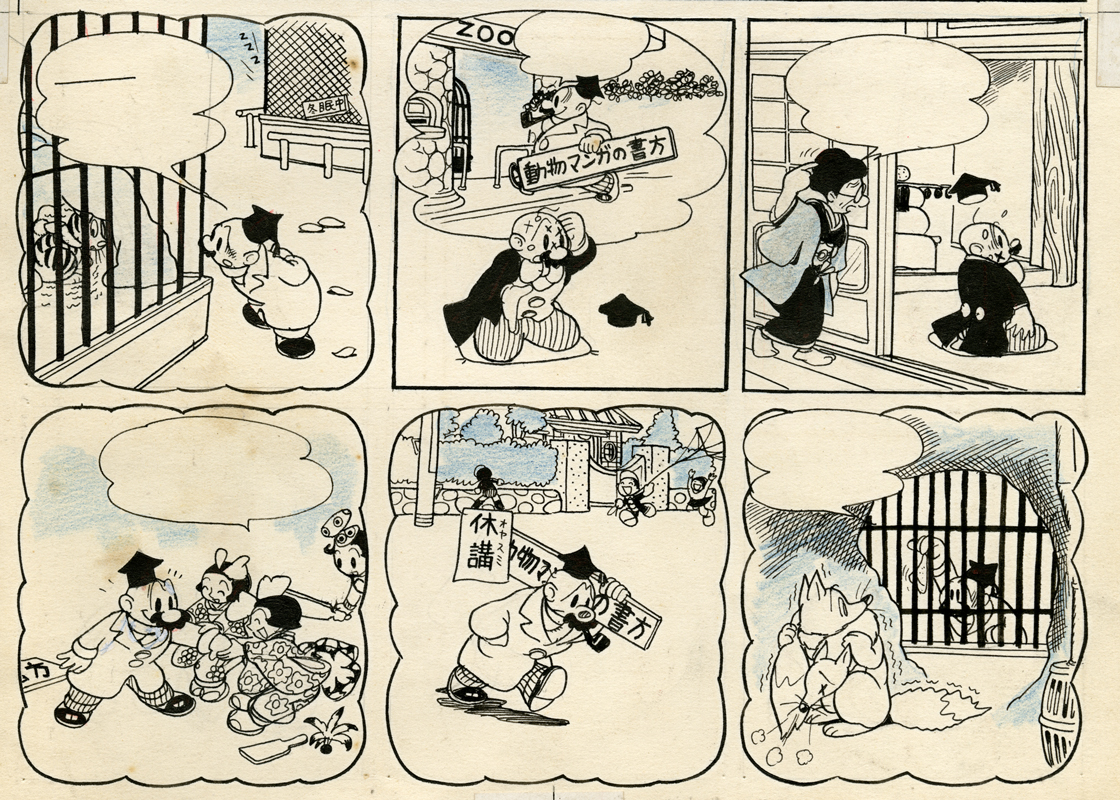 This Manga is about introductory lectures given by the principal and caretaker of the "Manga University," Dr. Nandemo-kandemo, on how to draw Manga. Here, he provides numerous examples of Manga works. Starting with the introduction of tools required for drawing Manga, the lectures include how to depict movements and behaviors of people, e.g. clouds of dust raised by walking.
The studies also include animal drawing exercises, methods of exaggeration and impersonation, how to draw balloons, how to set up the leading character, and about the lines. Even a tour of the editorial section of a magazine publisher and information about the private lives of cartoonists are given. They provide all information that would-be Manga artists would want to know. 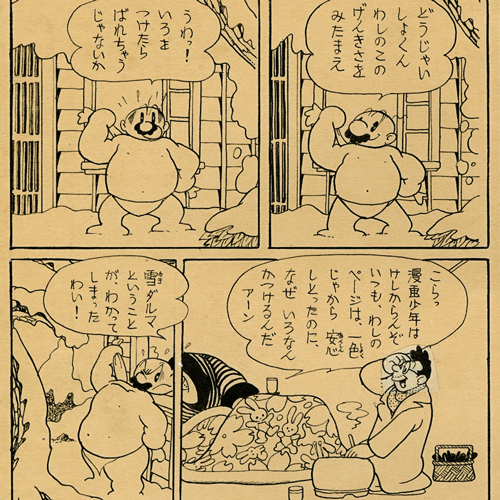 This Manga, following the "Manga University" released two years earlier, describes how to draw Manga. Tezuka Osamu's efforts to please the reader are thoroughly apparent in the structure of the story. In illustrating his techniques, he picks "Jungle Emperor," which also appeared at that time in the same magazine, as an example and adds an extension to the main story. The magazine that carried these works was called "Manga Shonen," which was in those days considered a mainstay for would-be-manga artists. In consideration of its audience, therefore, the content was more in-depth and specific compared with the preceding "Manga University."
By fully utilizing the advantages of magazine serialization, the content was not limited to practical techniques but also included peripheral information about worldwide updates on Manga, making the work more colorful and varied. 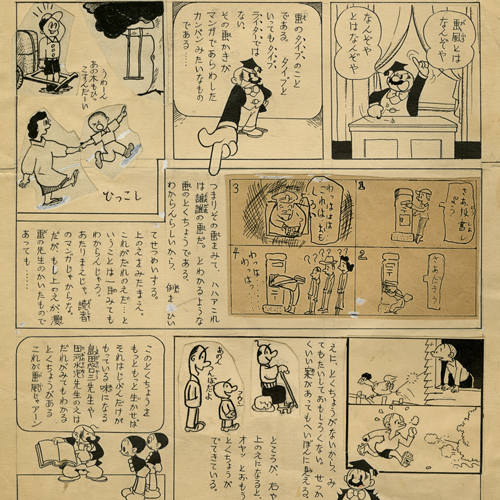