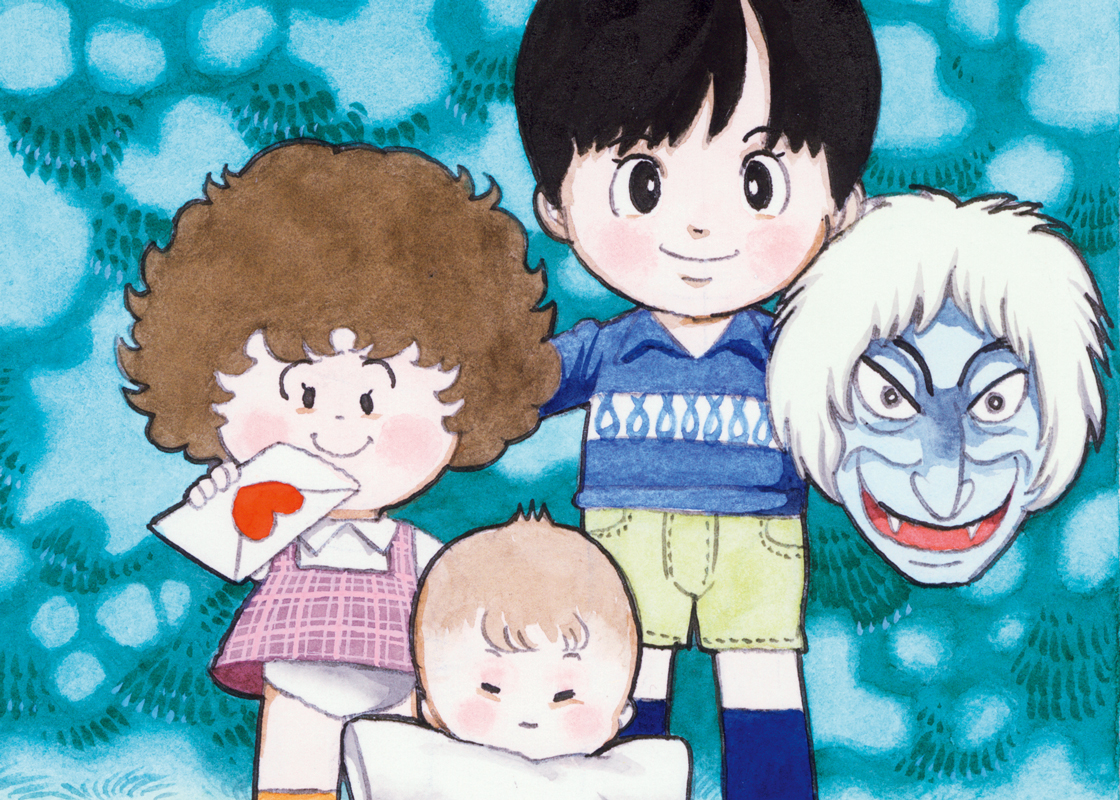 This Manga deals with parenting, depicting the daily lives of cartoonist Ohsamu Tetsuro, who strongly resembles Tezuka Osamu himself, and his family.
The story begins with the birth of his first son. The son is named Makoto (nicknamed Mako) and grows to be a healthy 2 year-old, basking in the love of his orderly mother and careless father. The son is followed by two daughters named Rumiko (nicknamed Rumi) and Chiiko (nicknamed Chii). This story focuses on the increasing hustle and bustle inside the Ohsamu family. 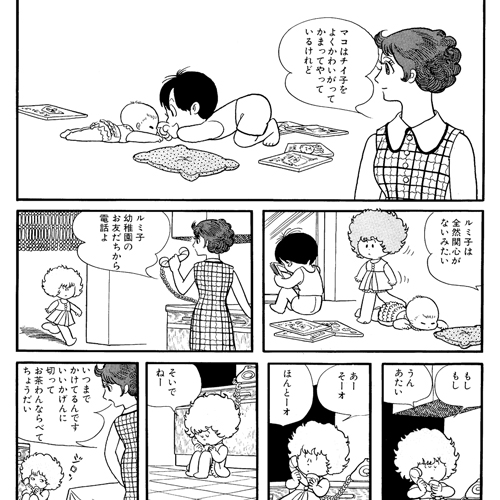 This is a semi-autobiographical Manga (as opposed to the semi-autobiographical novel) that appeared serially in a magazine targeted at housewives.
The contrast between the adult world as viewed from a child's eyes and the adults' attitudes toward children is depicted through conversations between little Mako and God. These heartwarming episodes illustrate the different parenting styles of the mother and father, the conflicts between the children themselves as well as between the parents and children, plus a does of grandmother's wisdom.
Because Makoto, Rumiko and Chiiko are the real names of Tezuka Osamu's children, and because the cartoonist Ohsamu Tetsuro is created in the likeness of Tezuka Osamu, this work tends to be perceived as an autobiography. It is said, however, that one third of the episodes are fictitious. 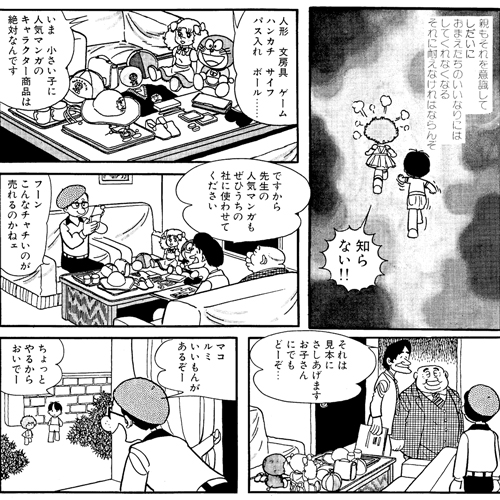 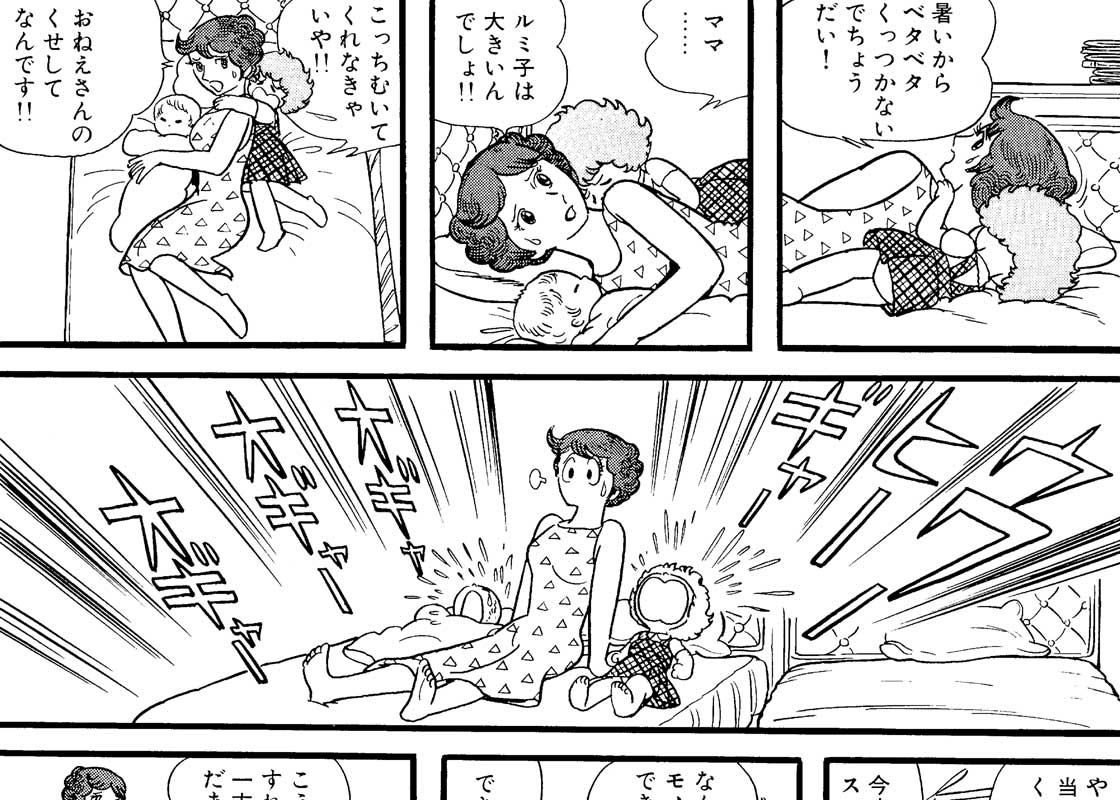