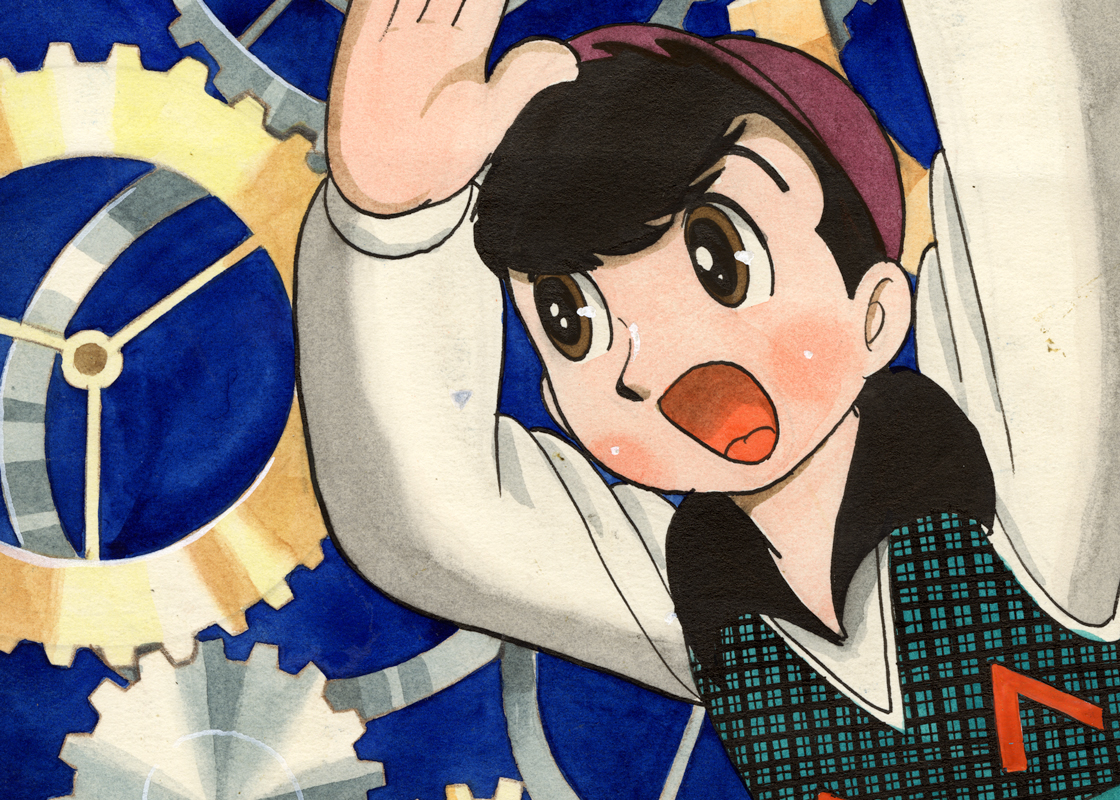 This is a science fiction suspense story, focused on the numerous strange experiences of a boy who happened to gain the power to stop time.
Onishi Saburo, an ordinary boy known as Sabutan, is a member of the Anpaka Gang made up of naughty boys in the neighborhood.
Sabutan is nearly forced to become the leader of the Anpaka Gang, but refuses.
As punishment, he is made to walk through a dark underpass, still under construction, alone.
The underpass is a place where mysterious phenomena are said to happen from time to time.
Sabutan is absorbed into the wall where some tiles have come off, and strays into a four-dimensional world. There he finds a mysterious spacious room and a four-dimensional creature that looks something like a doll. Having been given the power to stop time by the four-dimensional creature, Sabutan comes back to this world.
Now, by simply shouting "Time, be still!" everything freezes except Sabutan himself. In this way he can escape from bullets or train accidents. Because of this power, Sabutan begins to become entwined in mysterious events. 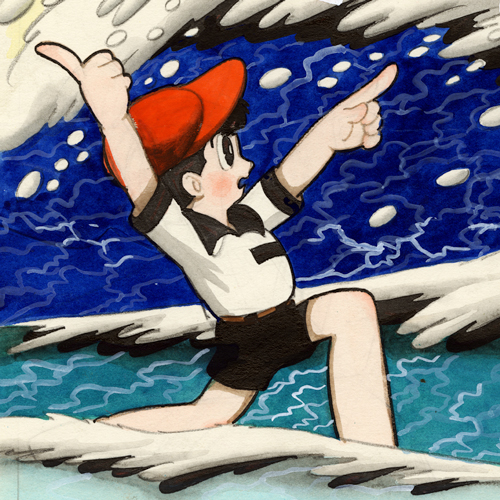 Originally planned as a TV program, the series was broadcast on television at the same time as its publication in the magazine "Shonen Club."
The work "The New World of Lulu" which was published by Tezuka Osamu between 1951 and 1952 formed the basis for both the publication and the TV show. Tsuji Masaki, who was then working at the NHK TV station (now a mystery writer) suggested that the series be made into a TV program, using the idea of stopping time.
A popular child star at that time--Ohta Hiroyuki--played the central character, Sabutan, for the TV program, and supporting actors included Aikawa Kinya, Nagato Isamu, Iwashita Shima and others.
The series grew in popularity in both Manga and TV programs form, and the line "Time, be still!" became a popular phrase. However, while the work was being published serially, the monthly "Shonen Club" was discontinued, putting an end to this story. The general trend of the time was moving towards weekly rather than monthly magazines. 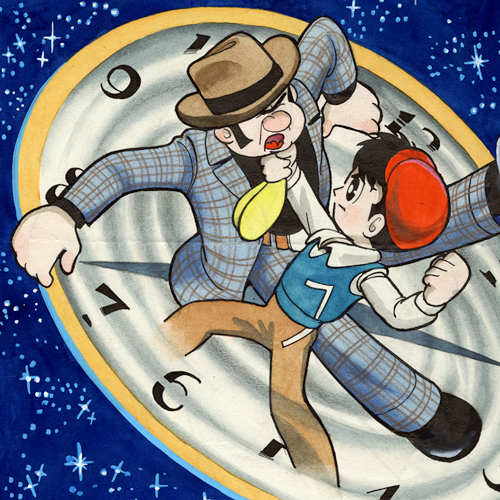 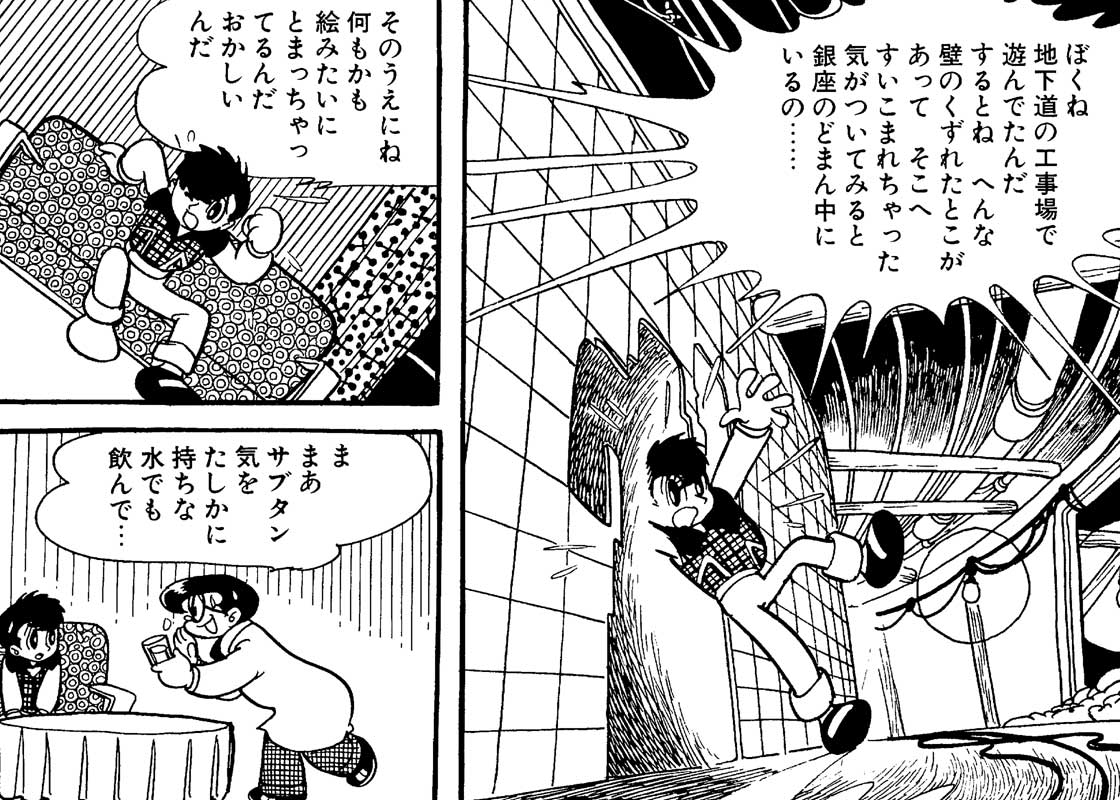