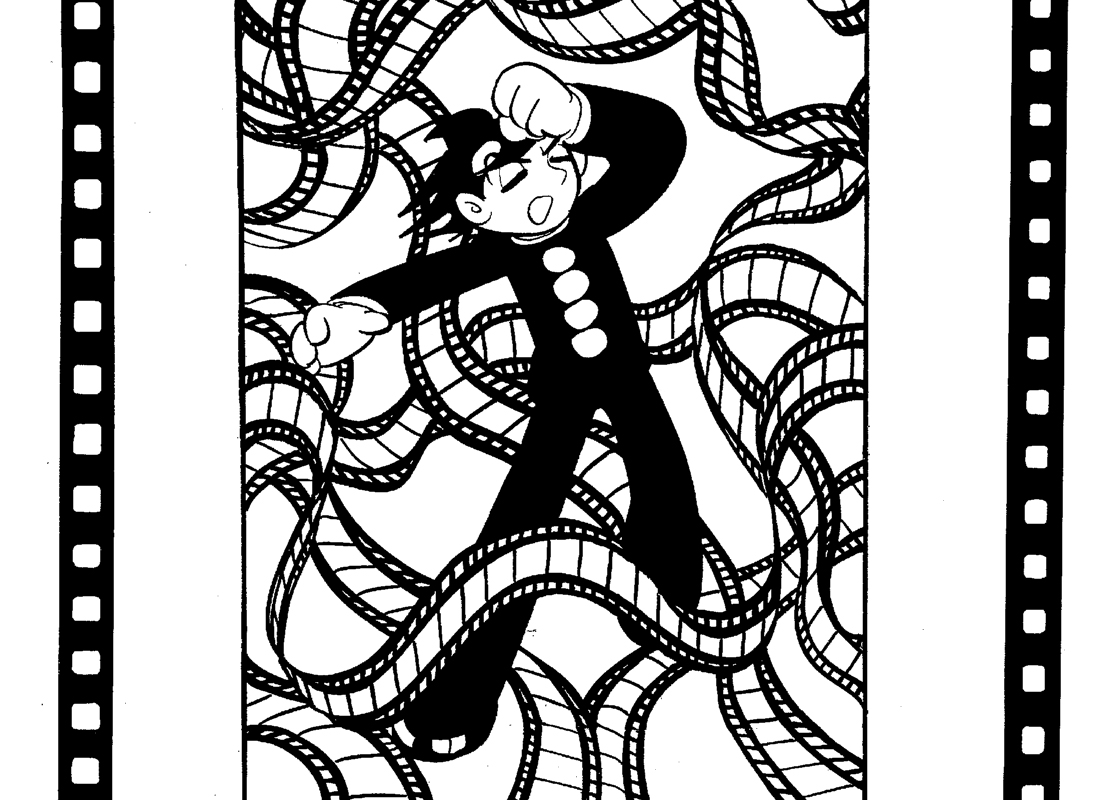 The Film Lives On

This work is a Manga aimed at adolescents, focusing on a young man who dreams of animated filmmaking, and puts his heart into it.
A visionary boy named Miyamoto Musashi, who comes to Tokyo dreaming of producing Manga films (animation), visits a Manga filming company, but veteran Manga film writer Danmatsuma flatly tells him that the movement factor in his drawings lacks vitality.
In the meantime, Miyamoto Musashi meets a boy named Sasaki Kojiro, who also aspires to produce Manga films. Although they become friends instantly, they later part after a quarrel, and became rivals.
After being provoked by yakuza, Musashi meets Otsu, a daughter of the leader of the yakuza family. In retaliation, the yakuza burns his 50,000 animated films and his movie equipment, and damages his eyes. But Musashi's memories of his beloved horse Ao in his hometown encourage him, and he regains the courage to start producing Manga films featuring Ao. 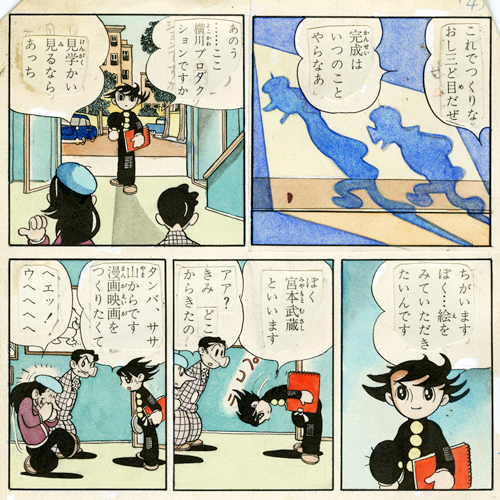 While active as a cartoonist, Tezuka Osamu had a great interest in the works of Disney, and always dreamed of producing animated films.
Around 1958 to 1959, when this work was published, the world of animation in Japan was undergoing major changes. In 1956 Toei Doga (currently Toei Animation) was established, and Tezuka Osamu became involved in producing a long animated film "Hsi Yu Chi or Monkey" (1960). The film was written and supervised by Tezuka Osamu while this work was also being published serially.
At the time when this work was published, animation was called "Manga film" or "Doga (animated cartoon)." It is now more commonly called "animation" or simply "anime." 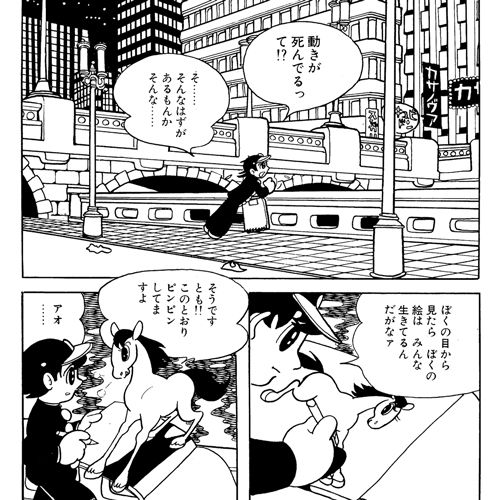 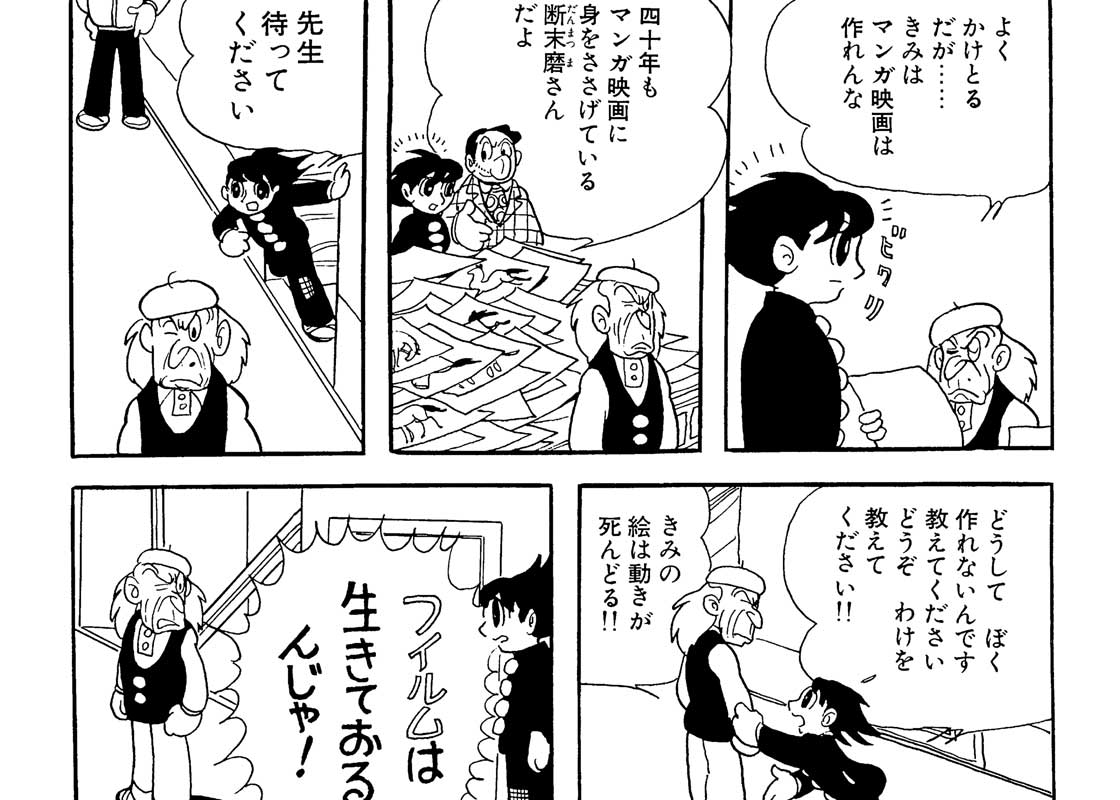