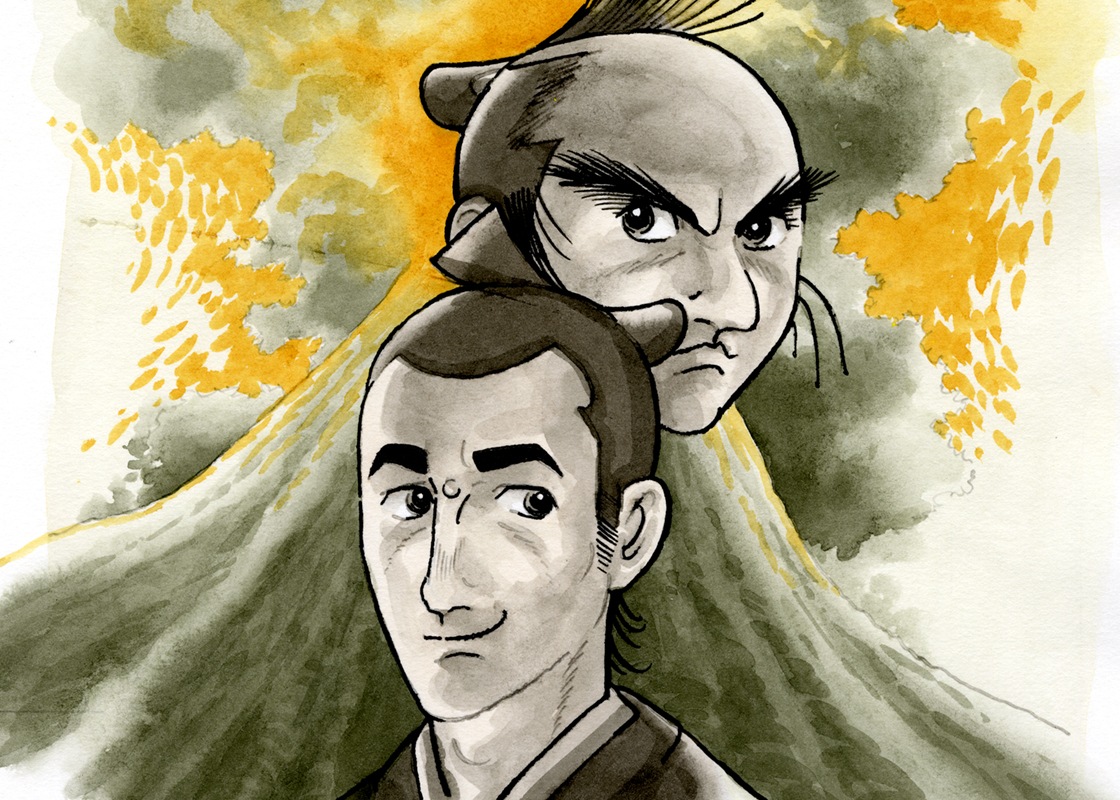 A Tree in the Sun

This is a saga of young men who rushed through the momentous turning point of Japan - from Edo period to Meiji period - with all their strength. 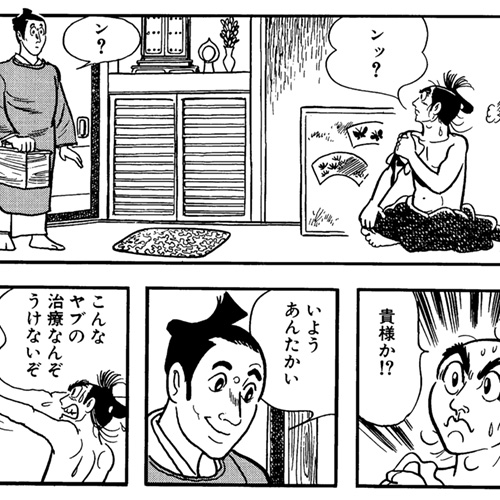 Ibuya Manjiro, a young samurai joins a fencing school owned by Chiba Shusaku, the man known as a great swordman. But Chiba dies just three days after his joining to the school. At the wake of the master, Manjiro has trouble with his senior by the name of Kiyokawa Seihachiro, and ends up crossing sword with him. Injured Manjiro is treated by Tezuka Ryoan, a son of Tezuka Ryosen known as a western doctor practicing in Koishikawa. Thus, Manjiro and Ryoan meet by fate. While Manjiro sticks to live as a samurai despite its dying destiny, Ryoan tries to open up a path for modern medicine in Japan battling ignorance and superstitions among people. The two are totally different from each other, but somehow get along very well. They come to like the same woman, too. Despite difficulties surrounding them, Manjiro and Ryoan live up to their respective beliefs. 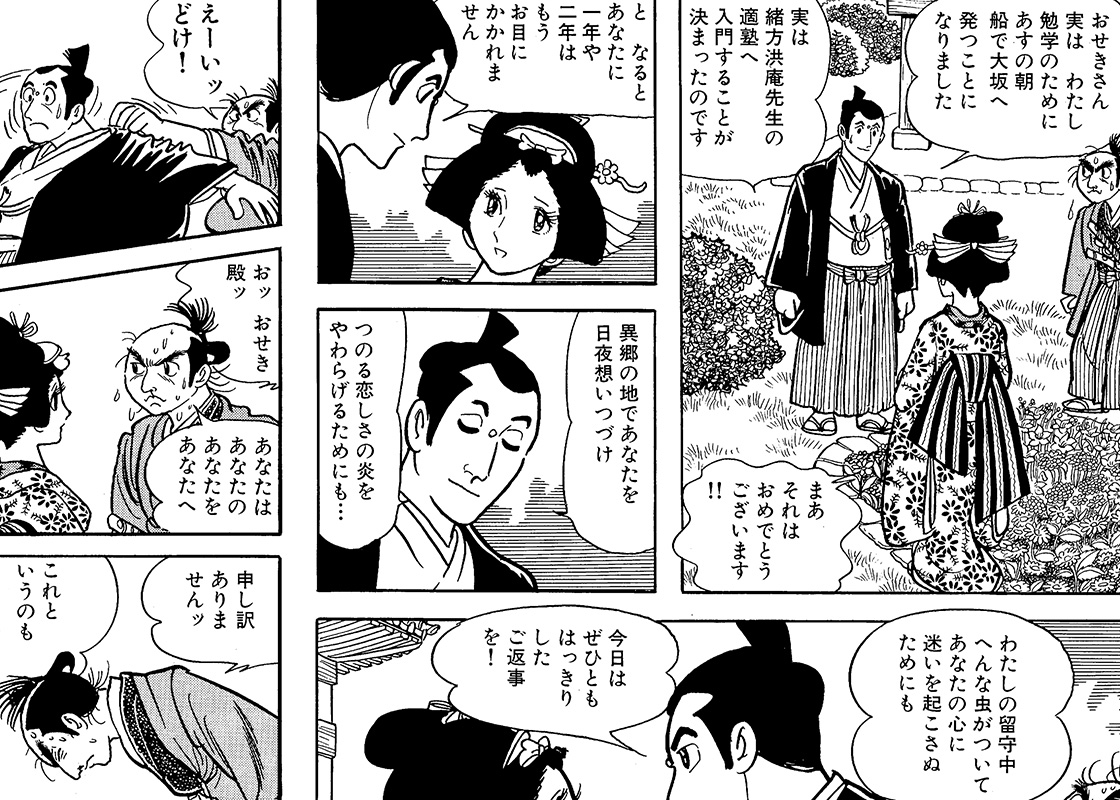 Tezuka authored several manga works featuring Japanese modern history, though not in chronological orders, on Big Comics. In A Tree in the Sun, he depicted the period from the end of Edo era to the Meiji Restoration. In Ikki Mandara, he covered Taisho democracy. In Three Adolf, he developed a story during the period from February 26 incident till the end of WWII. And in Ayako, he featured post-war recovery of Japan after the loss of WW II. He made up well-crafted stories with a sense of reality by mingling his unique ideas and historical events. It would not be an exaggeration to say that A Tree in the Sun was the longest work he put the most power into. Tezuka made historical figures appear under their own names. He also made the manga characters look as much like their real appearances as possible by referring to their portraits or printed images left. Plus, he covered a lot of historical incidents then, including the major earthquake, the pandemic of cholera, the political change and the war. He depicted those incidents in detail based on his close research, and made each character engage in the incidents in their own capacity to make the story deepen. 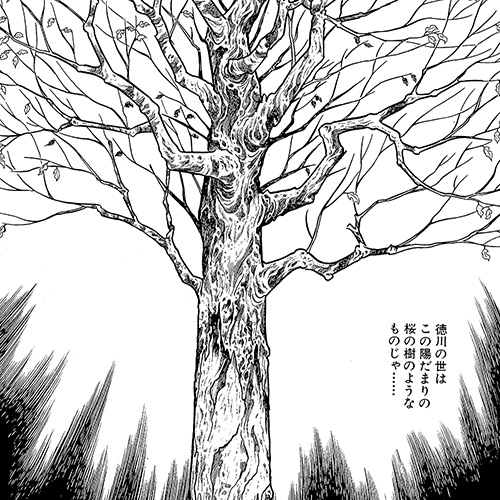 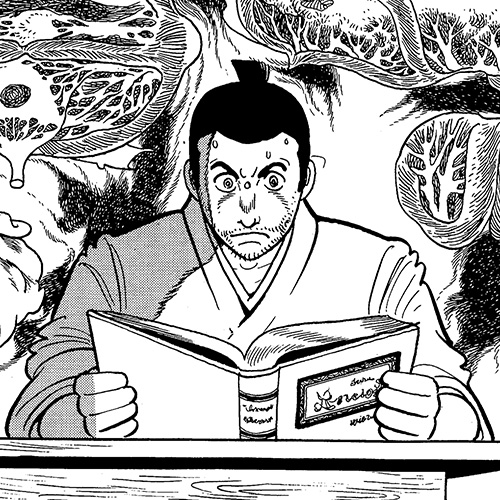 The work, featuring Tezuka Osamu's roots, became a hot topic of conversation upon serialization since a young doctor by the name of Tezuka Ryoan was modeled on his actual ancestor. Tezuka Ryoan in real life was known as a man who became the first military doctor in Japan. The fact was covered in the work, too. 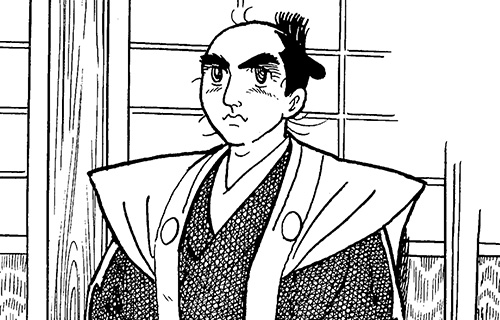 He is a samurai who comes to serve Fuchu Domain at the age of 26 succeeding his father. He is a man of an impulsive nature, but actually a kind young man who cares about small creatures, even bugs. When he has a sword cut, he encounters Tezuka Ryoan, the son of Tezuka Ryosen operating in Sanbyakukzaka. 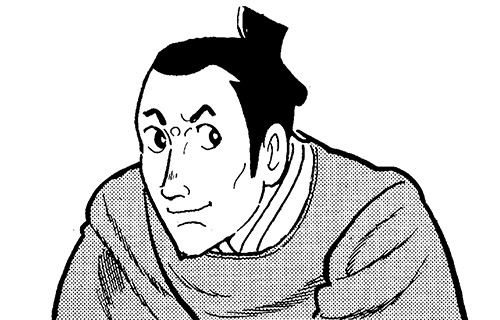 He is the eldest son of Tezuka Ryosen, a western doctor operating in Sanbyakuzaka, Dentsuin. Ryoan is a skilled doctor, but a pleasure-seeker and a scatterbrain. He enters a private school established by Ogata Koan in Osaka to study together with talents of the time, including Fukuzawa Yukichi. 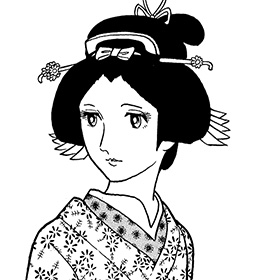 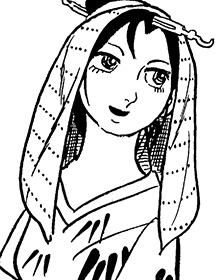 She is a beautiful lady and a daughter of the priest of Zenpuku temple. Both Manjiro and Ryoan take a fancy to her. She is a kind-hearted person and against killing animals in accordance of Buddhism.

She is a strong-minded prostitute Ryoan gets to know in Osaka. She calls herself as "master of disguise" as she is good at disguising herself. She used to marry a drunk rogue who was finally executed. Since then, she has gotten through life alone strongly by exploiting her good business sense. She has a tattoo of sacred gems on her bottom. 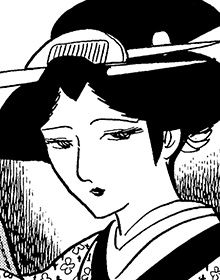 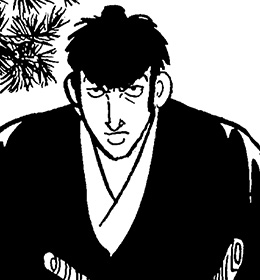 She loses her parents due to Ansei big earthquake in Edo. Then she moves to Osaka, fostered out to Nina-ya, her related family running business in Osaka. She is shy and chicken-hearted, but comes to be unrequited love with Manjiro on witnessing him fighting for others in the middle of the earthquake. To marry Manjiro, she tries to obtain a record of a samurai pedigree to be deceived by a suspicious man.

He is a poor samurai. He hates western medicines since his wife got ill after treated by an amateurish western doctor. After losing his wife due to Ansei big earthquake, his hatred toward the society gets increased, and he finally becomes Manjiro's enemy. 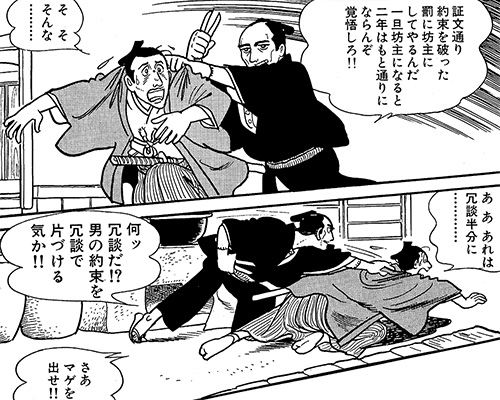 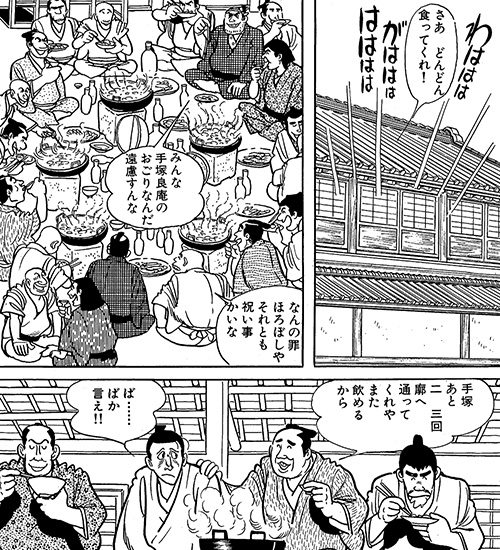 My ancestor three generations ago was a doctor by the name of Tezuka Ryosen. He was also the 359th student of a private school operated by Ogata Koan in Osaka.
I have vaguely known that my ancestor three generations ago was a physician for Fuchu Domain. One day, a man by the name of Fukase Yasuaki sent me a booklet titled "Tezuka Ryosai and Tezuka Ryosen, Chief Doctor at Infantry Station" with a letter asking me to read the thesis about my ancestor which he wrote.
According to the thesis, Ryosen left the house in Koishikawa in Edo (today's Tokyo) to Osaka and enter the private school on November 25, 1855. On the other hand, Fukuzawa Yukichi entered the school as the 328th student eight months prior to Ryosen's entrance. Accordingly, Ryosen and Yukichi were the same year classmates.
I opened "The Biography of Fukuzawa Yukichi" with a slight hope that it mentioned my ancestor, and found the following episode.
'Ryosen called himself as Ryoan then. He was a fervid student, but above all, he was an unparalleled playboy. He was fairly loose, visiting a house of prostitution almost every night. Yukichi, disgusted with Ryoan's appetite for women, advised him to study harder instead of chasing women. Nevertheless, Yukichi felt irritated at Ryoan when he gave up women easily. Yukichi and his friends, then, made up a fake letter as if written by a prostitute close to Ryoan and gave it to him casually. Ryoan, though feeling suspicious about the letter, made his way to the prostitute. It was then Yukichi and his friends caught Ryoan and tried to shave his hair off. Ryoan apologized profusely and begged for forgiveness by buying drinks for them.'
I am afraid to say but my father bears a resemblance to Ryoan in terms of a women chaser. I also resemble him a lot in carelessness and gullibility. Blood will tell. I was impressed in a strange way. (omitted) 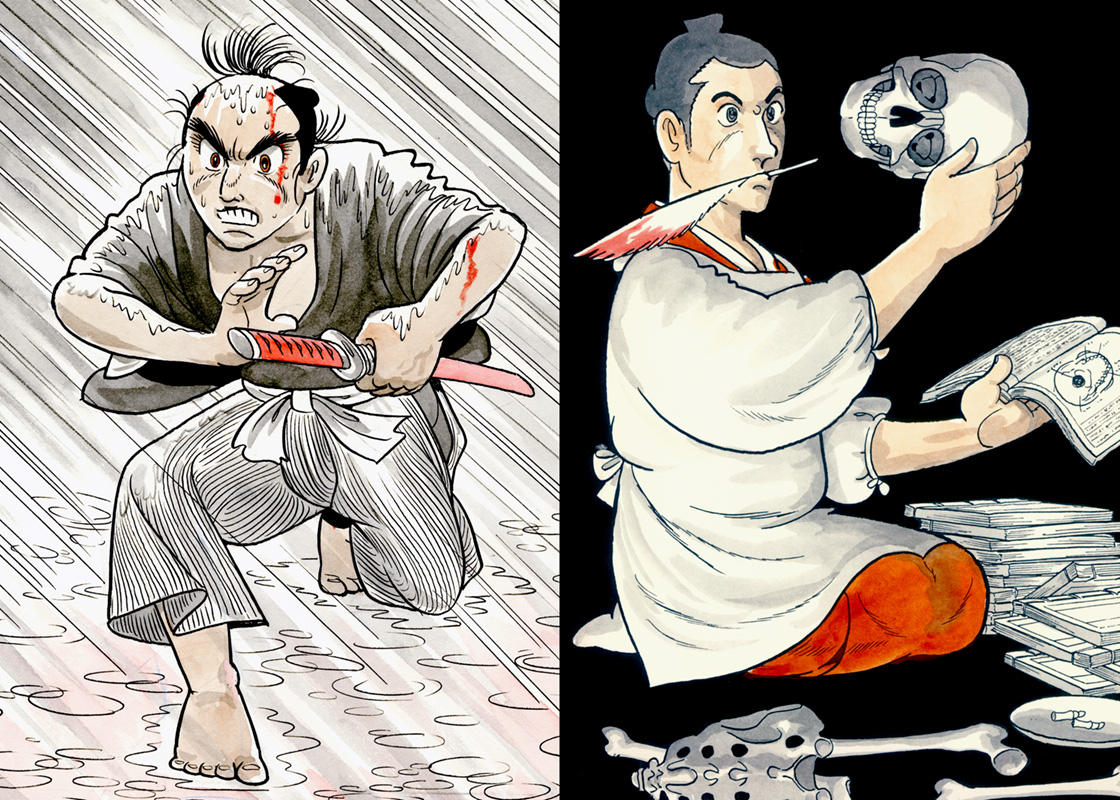