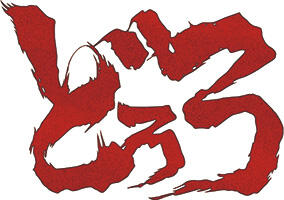 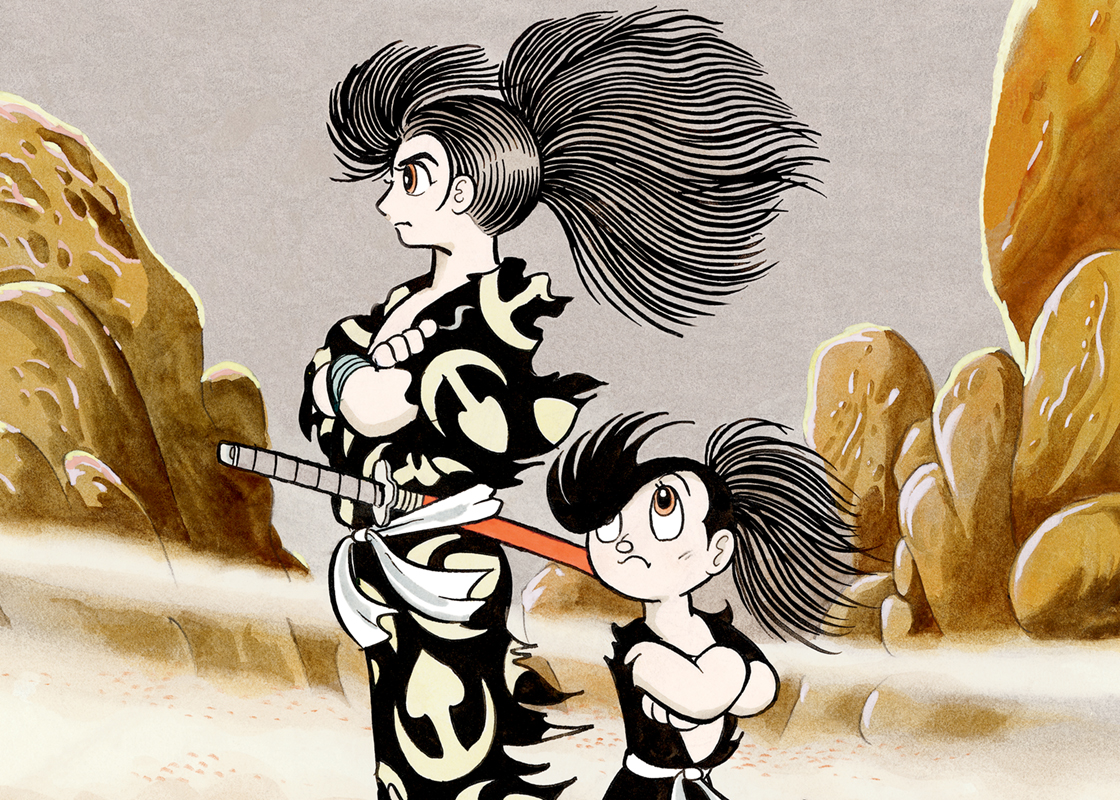 This is a gothic manga about a young man who keeps traveling to recover his 48 body parts deprived by demons. 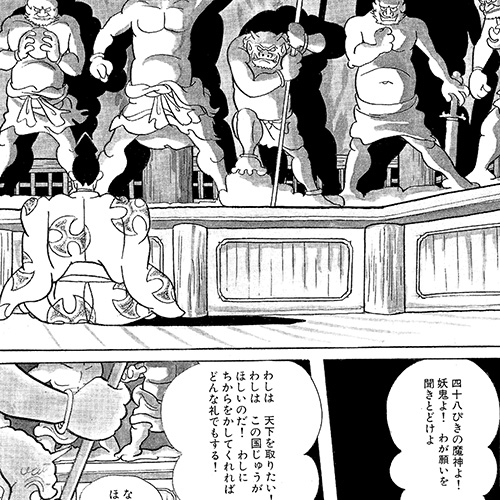 Daigo Kagemitsu, a local lord with an ambition to rule the world, promises to give his coming boy's body to 48 demons in exchange for fulfilling his ambition. Accordingly, the baby boy comes to the world lacking 48 body parts and is thrown into the river. Several years later, the boy named Hyakkimaru sets out on a journey to vanish demons to retrieve his lost body. Upon vanishing one demon, he retrieves one body part. Then, Hyakkimaru encounters Dororo, a sneak thief boy on his way and comes to make a journey with him. Wherever they go, they are constantly attacked by demons. (incomplete) 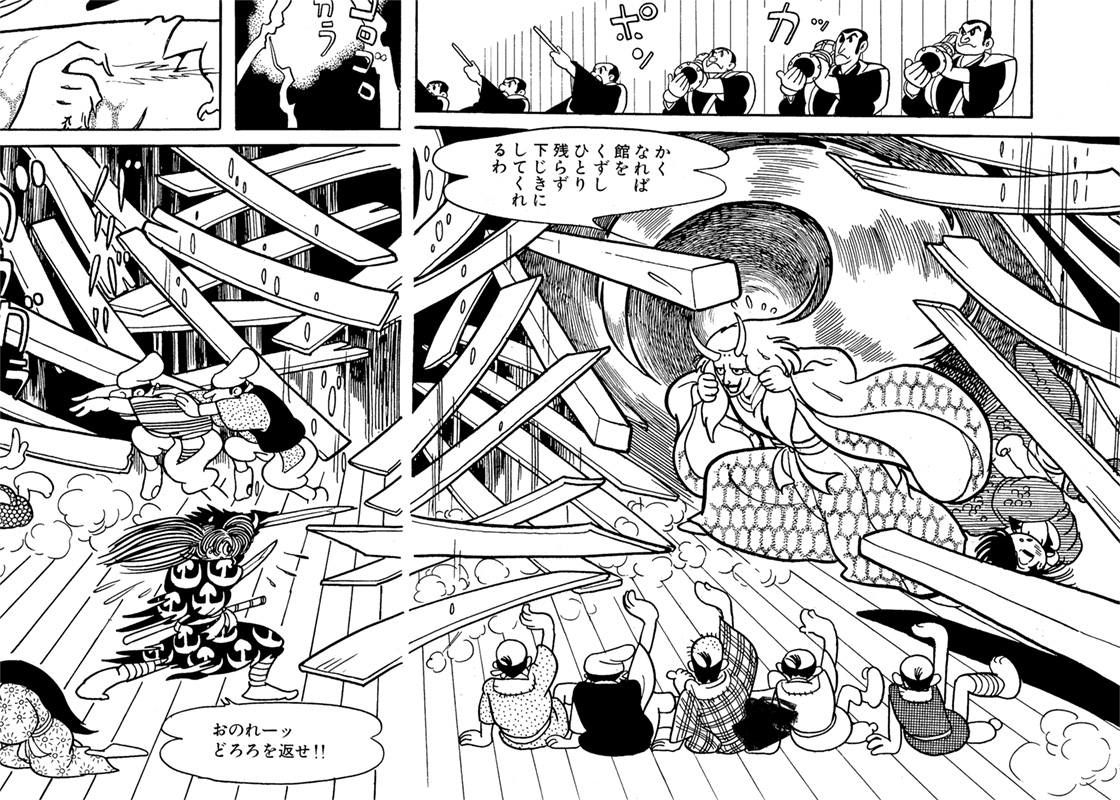 Dororo is one of Tezuka's major historical titles. It was turned into TV animation series, a theatrical movie and a video game as well. Tezuka authored several historical manga even before Dororo, including The Age of Adventure (1951), Shinsengumi (1963), Super Taiheiki (1958) and Kazenoshin Gives His All (1958). All of those works are unique and elaborate, yet Dororo would be the best thanks to its uniqueness and popularity.

Indeed, the work has a lot of attractions. Not only Dororo and Hyakkimaru, the very unique main characters even attracted the author Tezuka, but also other unique demons appearing one by one win the heart of the readers. In addition, universal elements, such as treasure hunting, wandering journey, finding birth parents and revenge, all woven into the story make the work interesting beyond the time. 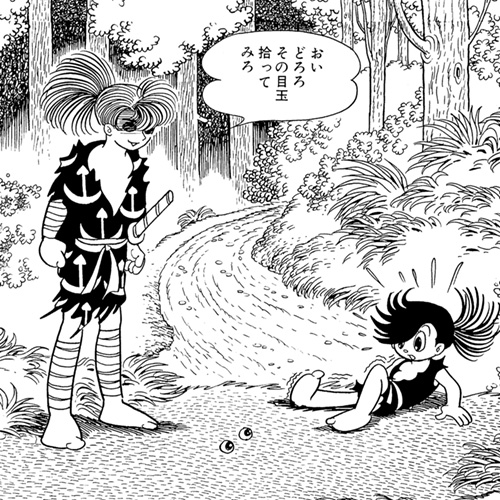 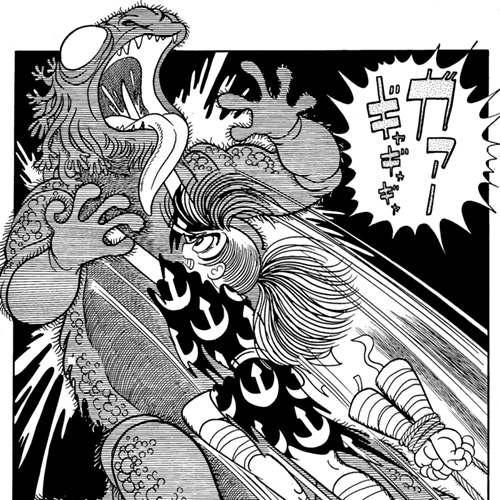 Set in the Warning States period in Japan, a lot of demons and monsters out of oriental myth and folk tales appear in the work, which actually were all created by Tezuka himself, though. Since Dororo was serialized just when a ghost manga work authored by Mizuki Shigeru was popular among people, it was often compared with such Mizuki's work.

Dororo, however, should be categorized into "Kishuryuritan", which means a kind of story that recounts the adventures of young heroes. The series, firstly published on Shukan Shonen Sunday, was suspended on the course, and was re-serialized on a different monthly magazine, Bokeno as the 2nd part, along with the broadcast of the TV animation series. 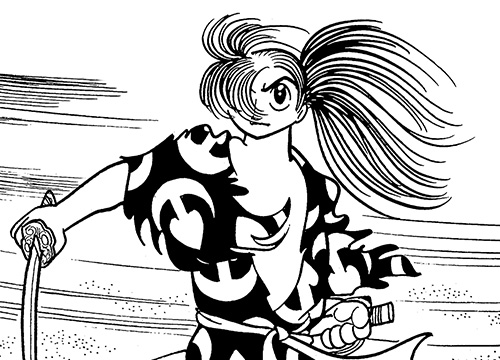 He comes to the world lacking 48 body parts deprived by demons thanks to an ambition of his father, Daigo Kagemitsu. Now his lost body parts are replaced with prosthetic apparatus. He is an expert with a sword since he has spent most of his time fighting with demons following him constantly. Every time vanishing a demon who owns his deprived body part, he can retrieve the part from it.
>Character/Hyakkimaru 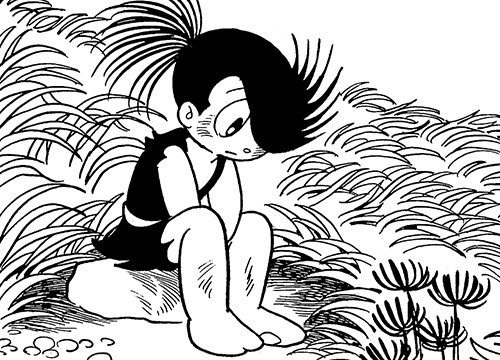 Dororo is a homeless orphan identifying himself as a master thief. He encounters Hyakkimaru on his way and comes to make a journey with him. Since he's gone through hard times, born as a son of a robbers, he is spiritually strong and buoyant.
>Character/Dororo 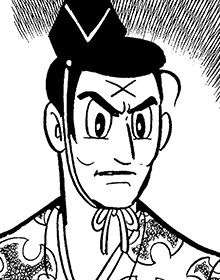 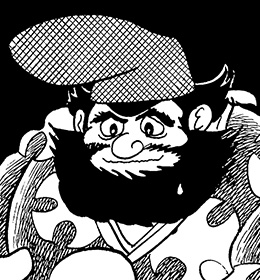 Kagemitsu is a local lord serving to Togashi family and the father of Hyakkimaru. He has an ambition to rule the work, and promises to sacrifice his coming son's body to demons while making a pray at Jigoku Temple.

Jukai is a doctor who picked up and raised Hyakkimaru. Hyakkimaru's prosthetic apparatus were made by Jukai. 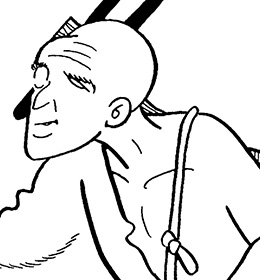 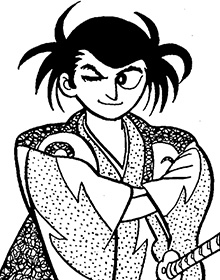 Biwamaru is a mysterious blind biwa player and a master of a sword. He carries a sword concealed in his biwa. He appears in front of Hakkimaru repeatedly to guide him.

Tahomaru is a son of Daigo Kagemitsu. He challenges to a duel to Hyakkimaru, having a deep antipathy against Hyakkimaru who has refused to serve him. 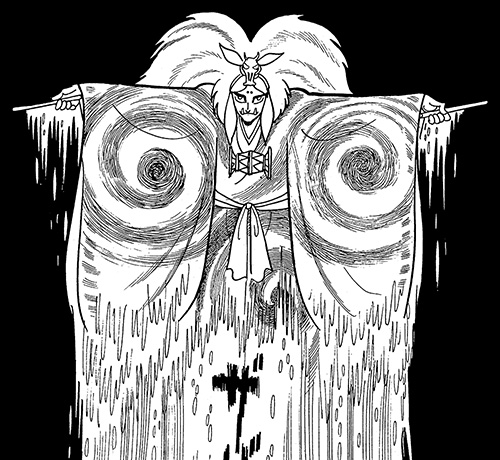 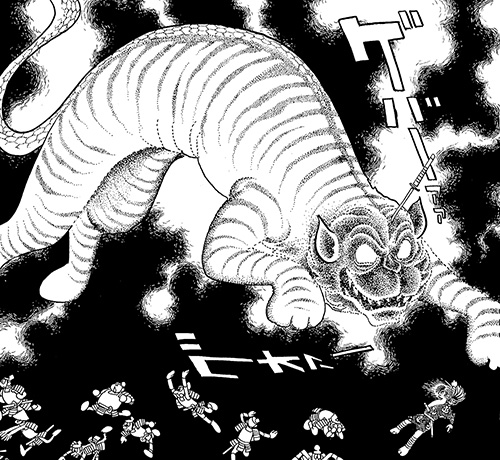 (excerpt from the afterword on Dororo, the 4th vol. of Tezuka Osamu Manga Compilation published by Kodansha)

As I have revealed it to various media, I am a kind of person who hates to lose and have an odd habit to challenge others. If one manga artist makes a success in a unique genre, I become eager to challenge the same genre, thinking I can do the same but in my own way.
I took on Dororo on the coattails of Mr. Mizuki Shigeru who became successful with his ghost manga. I caught up on a ghost boom then, jumping on the bandwagon. I really felt uplifted while writing the first 10 episodes or so. This work is a historical story, which is rare among my works, and about punitive justice set in the medieval era, which stimulated my creativity a lot. It's also unusual for me to be totally fascinated with the main characters. For the frontispiece for the 6th and the 7th episode, I drew all the demons on it just like Mr. Mizuki did.
But the tone of the story got darker and darker as it progressed. The sad drama of a non-exploitive class in the Warning States period revealed deadly darkness. Bloodiness was added to the story by the time the episode of Maimai Onba was released. Other elements considered negative implications for boy's manga increased, too. Just then, I started the serialization of Norman, and my enthusiasm for the work was down by half. And I had to end the serialization in a hurry as requested by the publisher.
I wanted to complete the serialization after writing up all the episodes in which Hyakkimaru vanishes 48 demons. Instead, I made up a monster called Nue which is a mixture of all the remaining demons and had it appear to end the story simply. (omitted) 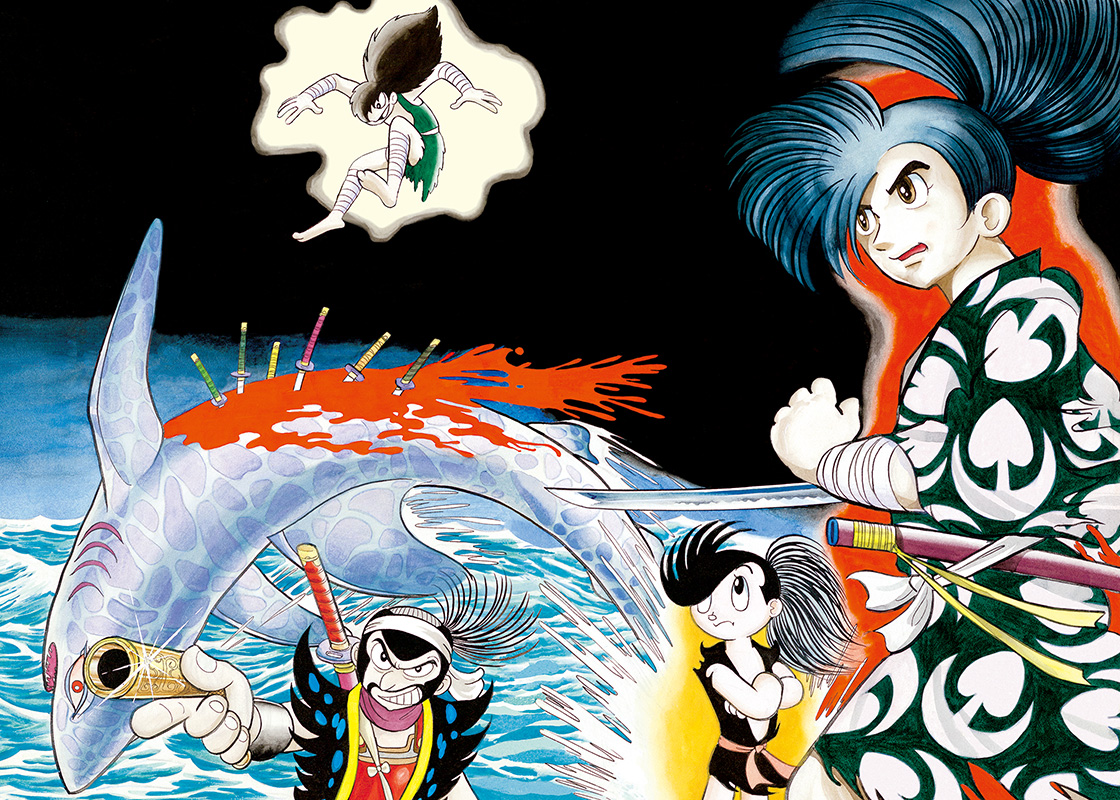