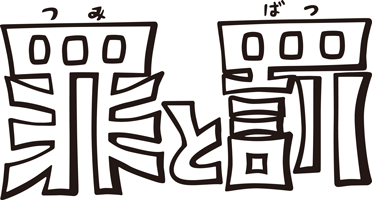 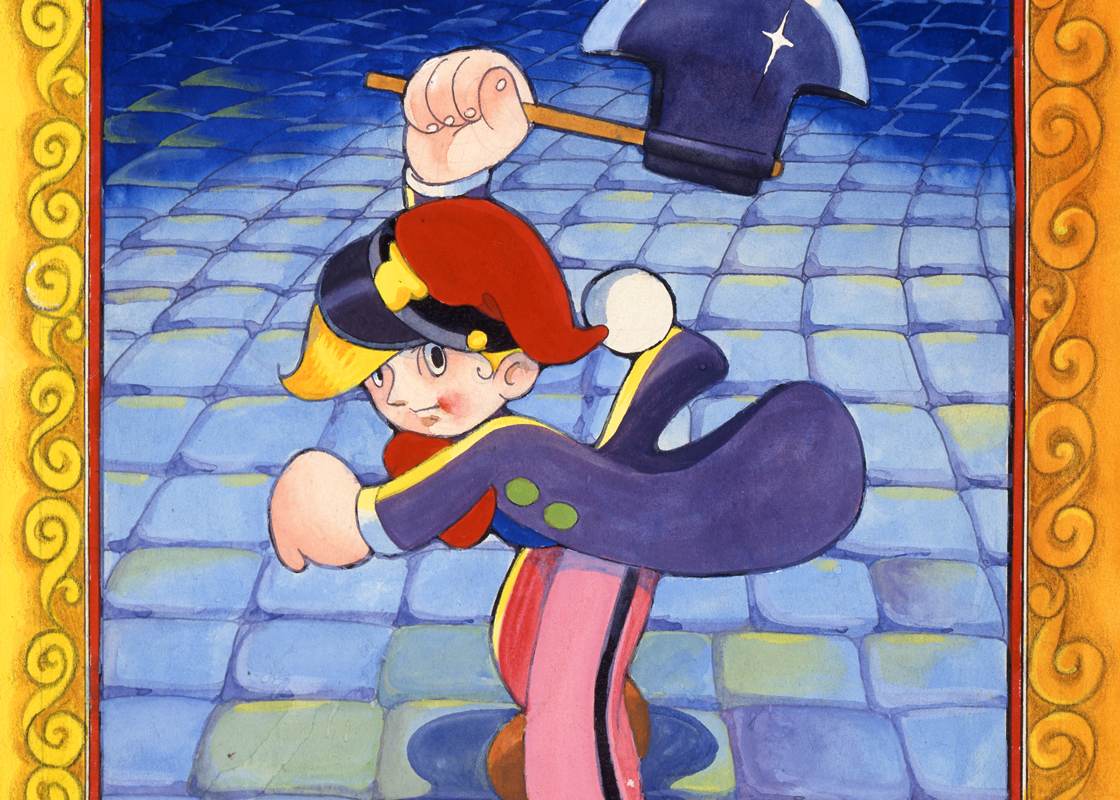 The setting is St. Petersburg in Czarist Russia, in the days just prior to the Russian Revolution.
Rascalnikov is a child from a poor family. He murders an old lady who is a loan shark and flees with her valuables. Judge Polifili, who has been assigned to the case, immediately suspects Rascalnikov because he had recently submitted an essay in a magazine claiming that "the world is divided into those who are geniuses and those who are not. A genius may commit murder but is not guilty if it is for the good of the world."
At first, Rascalnikov feels invincible and confident that he can elude the law, but the Judge Polifili obstinately persists in his investigation, and gradually Rascalnikov comes to feel cornered.
In the meantime, Sonya, a prostitute, frantically tries to persuade Rascalnikov to turn himself in.
All this takes place on the eve of the Russian Revolution. 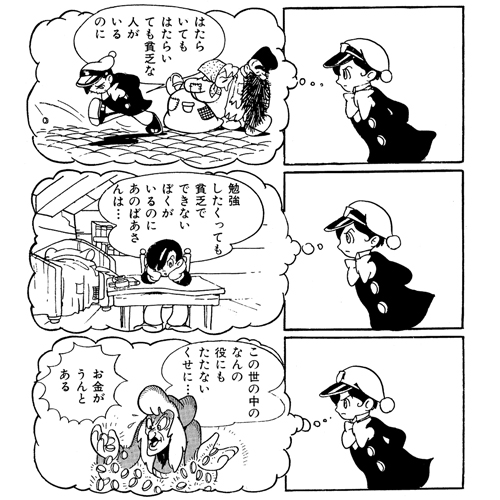 "Crime and Punishment" was Tezuka Osamu's second Manga in book form that reinterpreted the Western classics, following on the world of Faust. It was also his last book with the Osaka publisher that had brought Tezuka Osamu to fame with "New Treasure Island." Tezuka Osamu drew part of this work on the train as he shuttled back and forth between Tokyo and Osaka. During this period, he was spending increasingly more time working for Tokyo based magazines.
The conclusion of this work is very different from the Dostoevsky classic on which it is based.
Incidentally, when he was a university student, Tezuka Osamu had a stint as an actor, appearing in 1947 on stage in a rendition of "Crime and Punishment." Holding back his fear of heights, he bravely performed his role as a painter on top of a tall staircase built on stage, only to be terribly disappointed when he found out that all the audience could see were his feet. 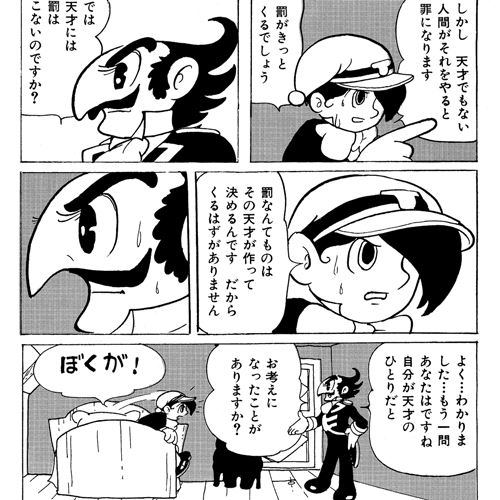 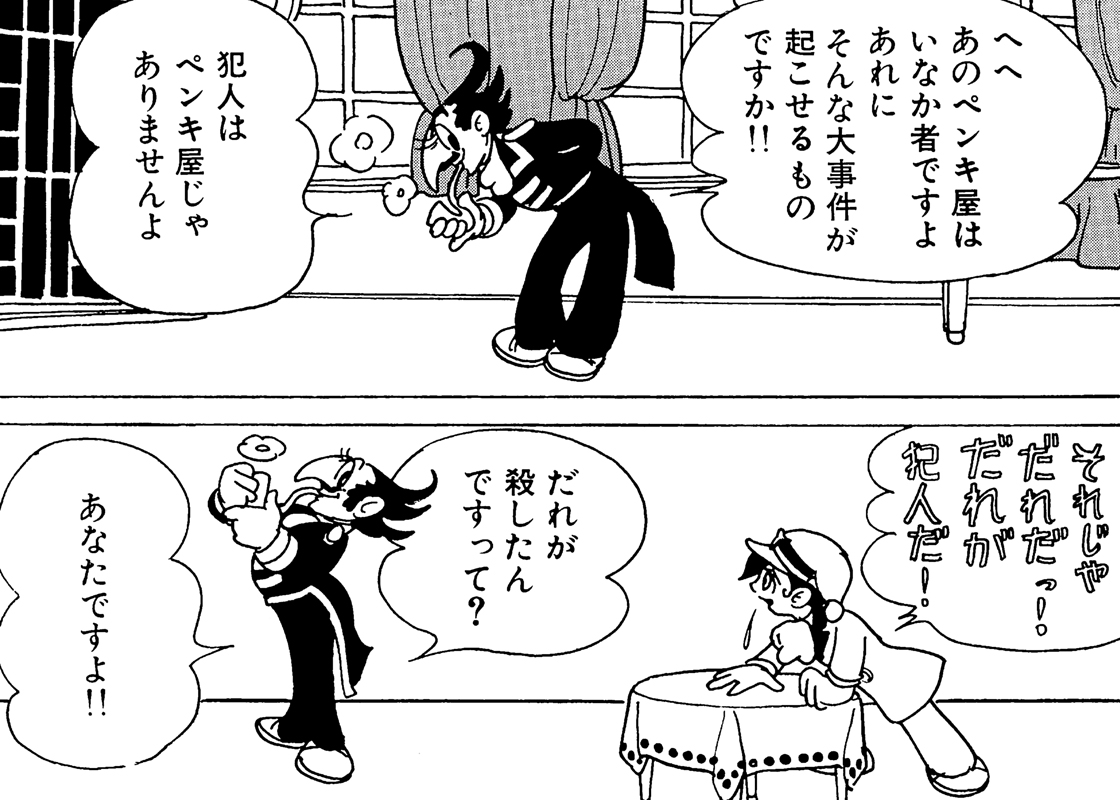