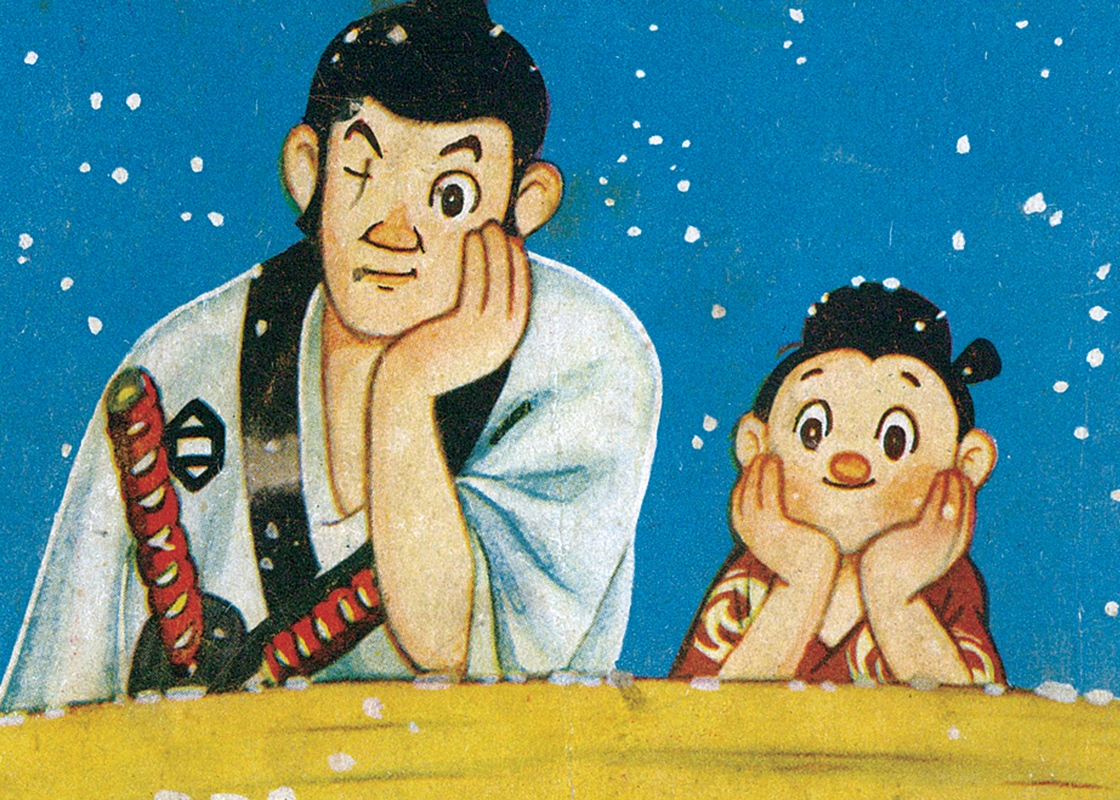 "Tange Sazen," is a historical Manga that features master swordsman Tange Sazen, a famous character of popular writer Hayashi Fubo.
A jar called "Kokesaru" unexpectedly fell into the hands of an orphan, Chobiyasu. The strange jar is inscribed with the hidden location of the Yagyu family treasure --- a million gold coins. In the commotion surrounding the jar, the one-eyed, one-armed swordsman Tange Sazen befriends Chobiyasu and becomes her father figure.
Meanwhile, Iga Genzaburo, rebel of the Iga-Yagyu family, uncovers a plot by assistant fencing teacher Mine Tanba and Oren, second wife of the fencing school's owner, to take over the fencing school. Genzaburo tries to foil the plot by himself, but gets caught in Tanba's trap.
Just as he is about to be killed, Tange Sazen comes to the rescue. Together they put up a good fight against several opponents. And suddenly, they fall into a hole in an old temple where they discover a map showing the hidden location of the Yagyu family treasure. 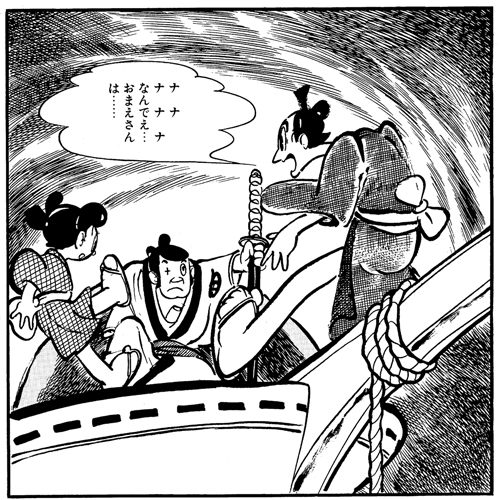 Tange Sazen is a one-eyed, one-armed, swordsman hero who first appeared in 1927-1928 in "Ooka Seidan-Suzukawa Genjuro Story: revised edition," a story written by Hayashi Fubo, a popular writer at the beginning of the Showa period. At first, he was a supporting character, but because of his popularity, "Tange Sazen" was later written (1933-1934) and made into a movie, turning him into a hero of the times.
Tezuka Osamu's "Tange Sazen," which originated with "Tange Sazen: Kokesaru no Tsubo," was serialized in the Osaka Mainichi Newspaper and Tokyo Nichinichi Newspaper from June to November 1933. Tezuka Osamu did not intend to produce this work at first, but did it at the request of his editors. In keeping with the "Tezuka Osamu style" that had at last become popular, he paid careful attention to details, drawing the scars on Tange Sazen's face with a clown-like deformity.
Later, Tezuka Osamu released "Tange Sazen: Volume of Kenunkonryu" as an appendix to the March 1955 issue of "Omoshiro Book." But because Tezuka Osamu was ill at the time, he drew only the cover and eight two-toned pages. The rest was drawn by his assistant under his guidance. 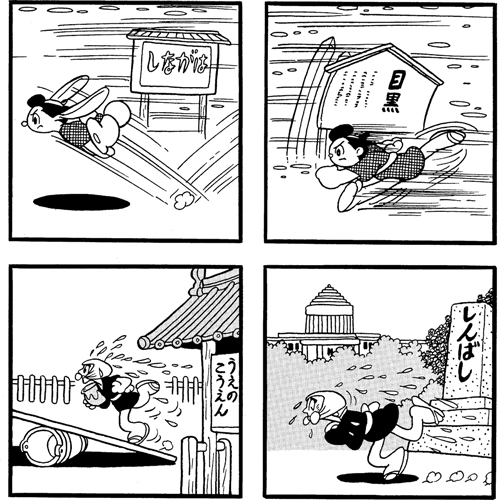 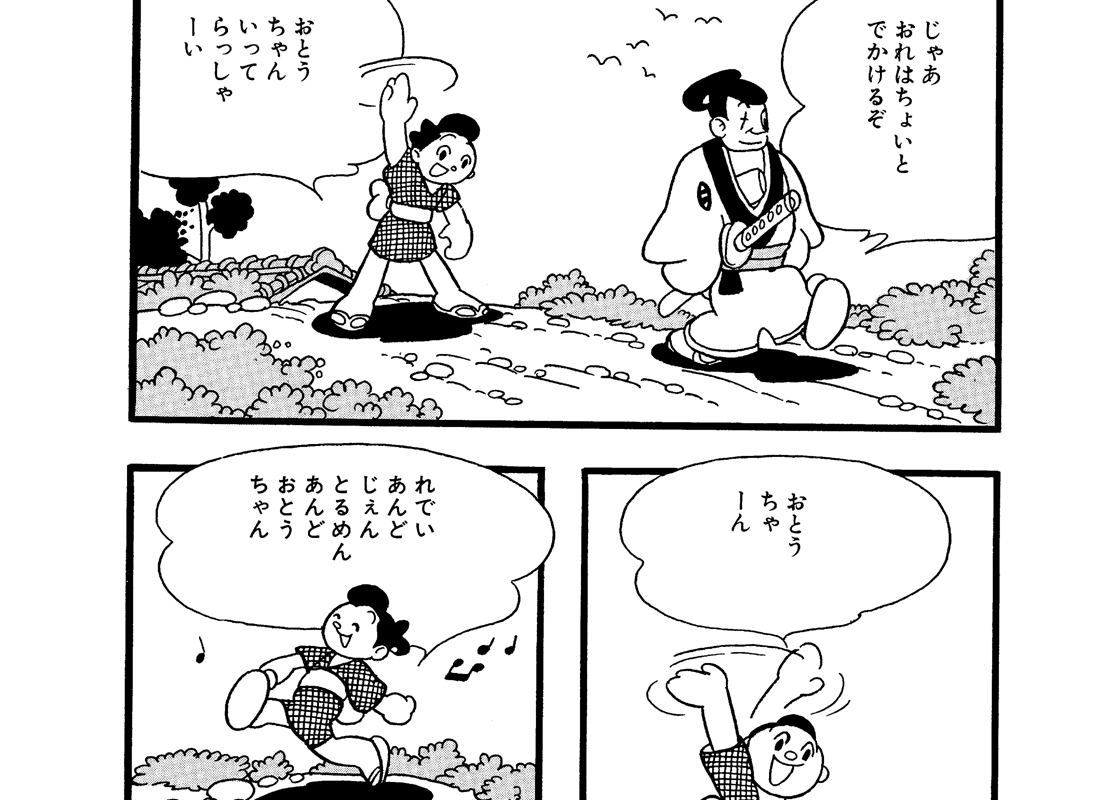