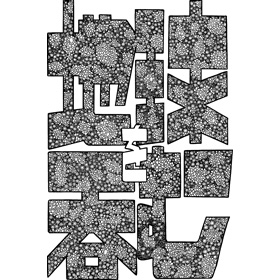 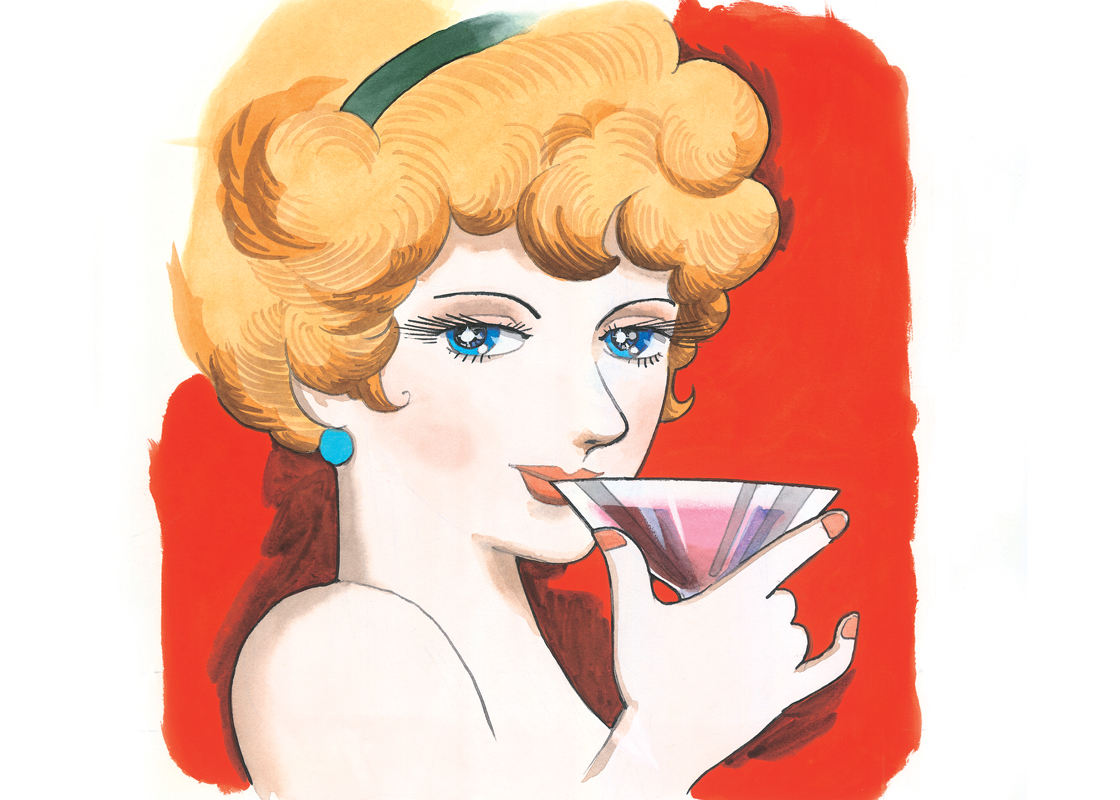 "Swallowing the Earth" is a suspense comedy depicting modern male-dominated society with a sarcastic touch.
In 1942, amidst the Pacific war on the Guadalcanal Island in the South Pacific, Japanese soldiers Adachigahara Kitaro and Seki Ichimatsu hear about a beautiful woman named Zefilth from a captured American soldier. He says that everybody falls in love with her at first sight.
Twenty years after the end of the war, Kitaro and Ichimatsu, who have already returned to Japan but have never forgotten the woman, meet again. Knowing the woman named Zefilth is now in Japan, they decide to find out more about her. Seki's son, Gohonmatsu, stays at her hotel and approaches her. Then the truth is disclosed: there are seven Zefilths who are all sisters. They have spread out all around the world to take revenge on men and civilization for destroying their mother's life. 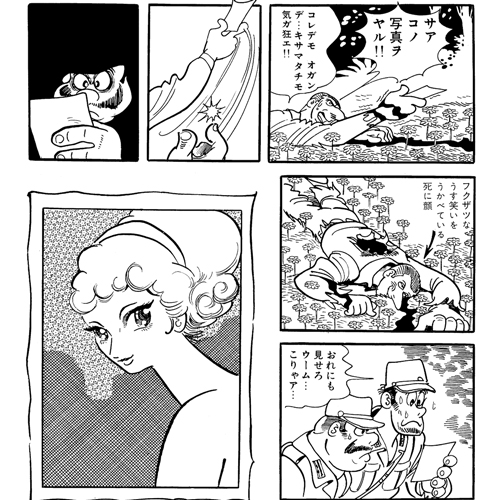 "Swallowing the Earth," which was serialized in youth Manga magazine "Big Comic" beginning with its first issue, was Tezuka Osamu's first long Manga targeting young male readers. Against the backdrop of the unprecedented post-war economic boom in Japan, Tezuka Osamu uses irony to depict a scandalous society filled with women, money and politics.
In this work, Tezuka Osamu created a new style, one not seen in "Diletta" or other nonsensical Manga that were serialized in another magazines at the same time. Here, he began to explore new possibilities. After Tezuka Osamu started writing this work, he was undecided as to whether to publish it as a long story or as a collection of independent stories. Such confusion is apparent in the middle episodes in which the main character Gohonmatsu doesn't appear, and some supplementary stories are inserted instead. 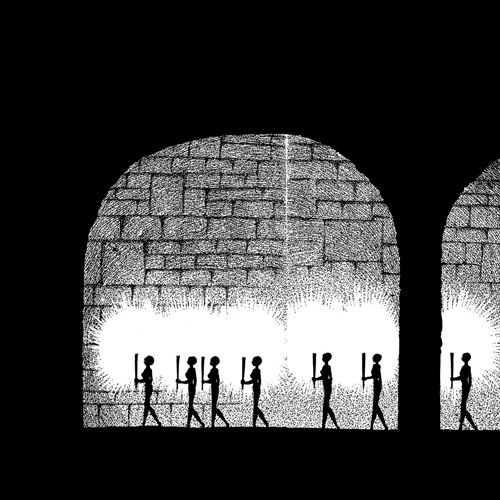 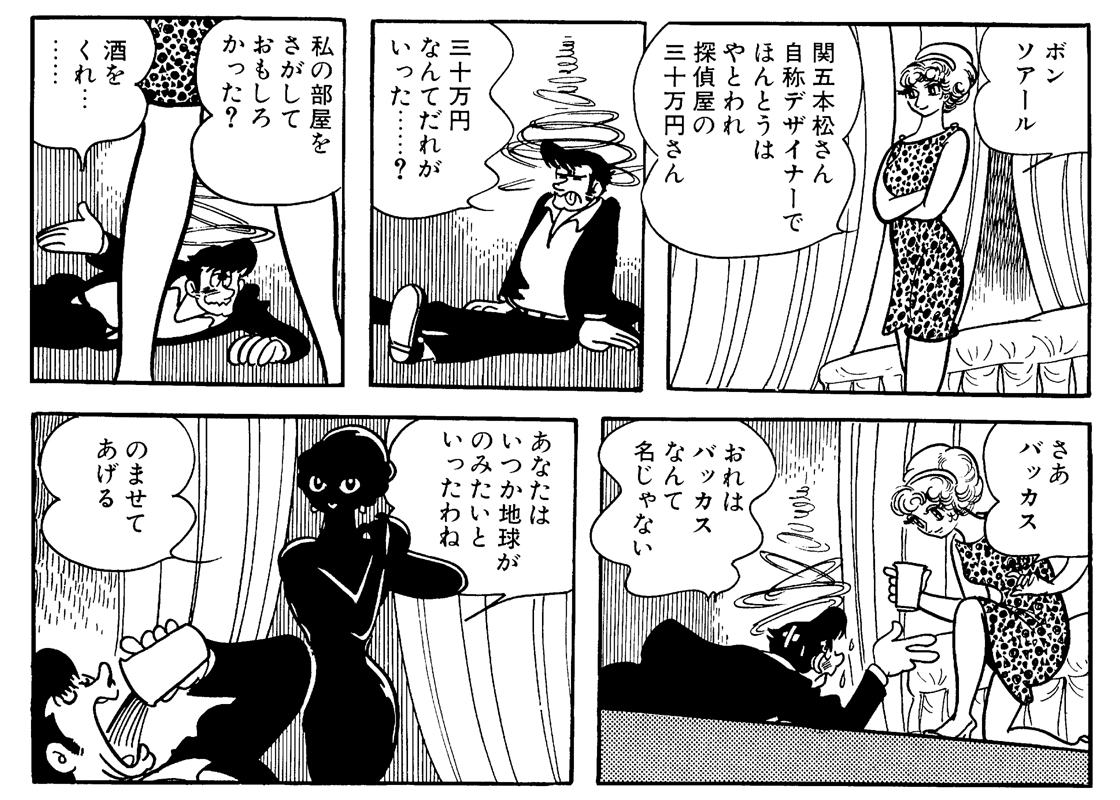