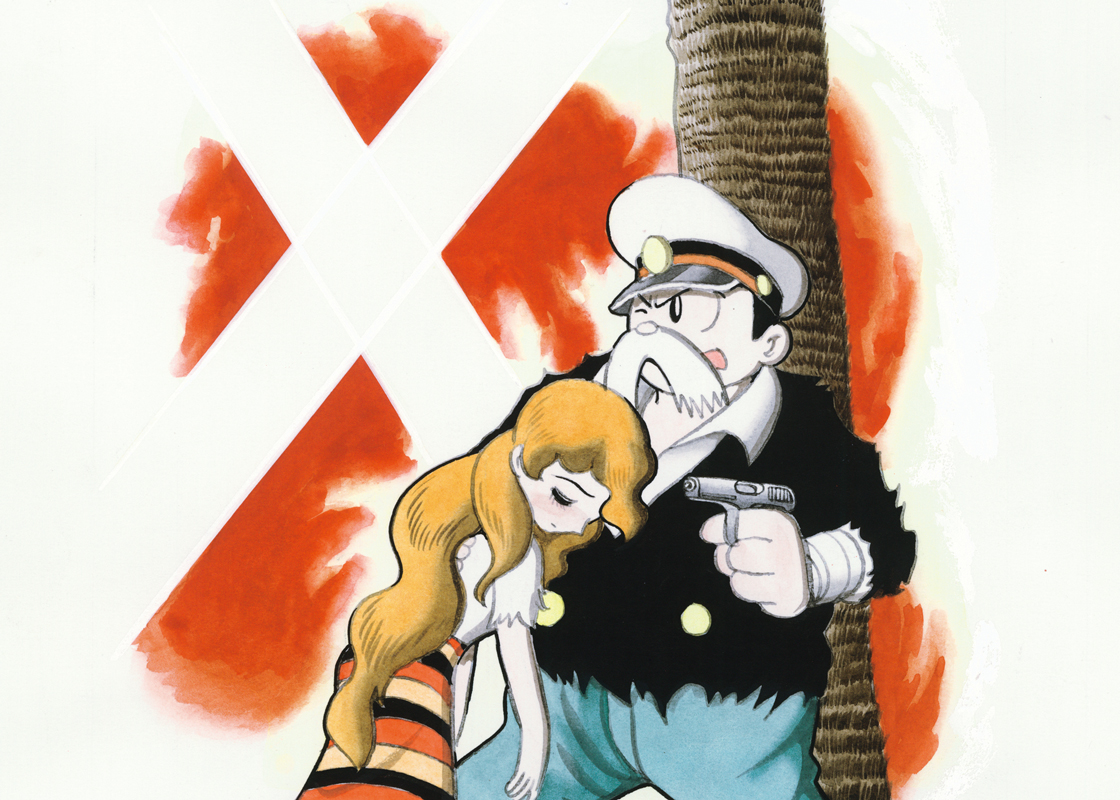 This work is a human science fiction story satirizing war in which a man who used to be a gangster tries to stop the testing of the most dangerous weapon known to man, at the risk of his own life.
Dr. Narzenkop, a scientist in the "Republic of Cosmopolitan," has spent 15 years developing a new weapon, an air bomb. The air bomb is a dangerous weapon that causes a chain explosion of the air. The Republic of Cosmopolitan decides to carry out a test of the air bomb to show off its destructive power to their potential enemy, the Republic of Eurasia. A small island on the Pacific Ocean, Konatahan (code name "X-point"), has been chosen as the testing ground.
Meanwhile, in Cosmopolitan, there is a man named Sam who leads a reclusive life. Although he was once a gang leader called "Subway Sam," he has turned over a new leaf and is living with his wife and son, Eric. Sensing an impending crisis, he calls up his old comrades to abduct Dr. Narzenkop. But to their surprise they find that Dr. Narzenkop, having regretted developing a dangerous weapon, has already committed suicide. 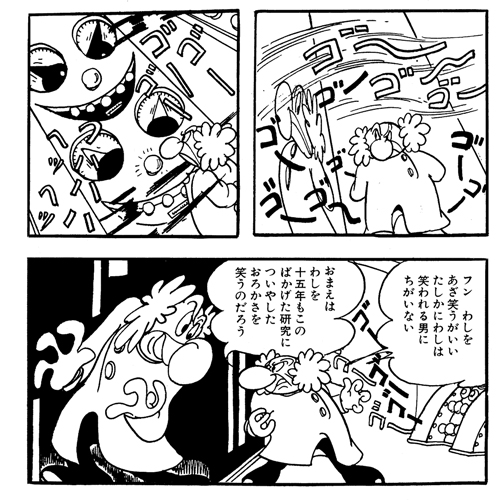 This is the complete story that Tezuka Osamu wrote for the appendix to the monthly magazine "Shonen Shojo Bokeno." Konatahan Island is fictitious, but there is really an island called Anatahan Island in the Mariana Islands on the South Pacific, although no one lives on it.
During WWII, dozens of Japanese soldiers and civilian employees were washed up on the shore of Anatahan Island and remained there even after the war ended because they weren't aware of the surrender. In 1951, 19 Japanese soldiers and one Japanese woman were brought back home, making headlines.
The last scene of the original version shows Sam's surviving son Eric surrendering to the police. Instead of arresting him, however, the police appreciate him for his act. But when it was published in book form, Tezuka Osamu changed the story to the current version. 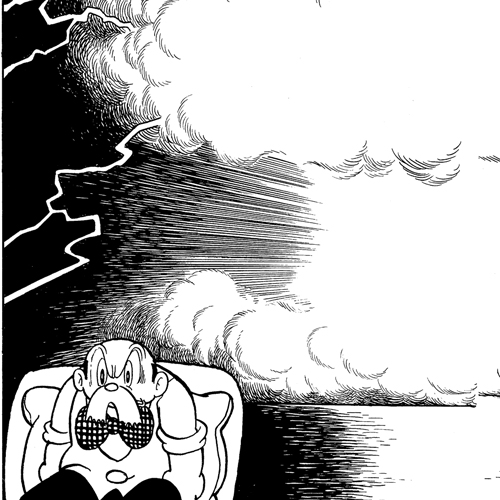 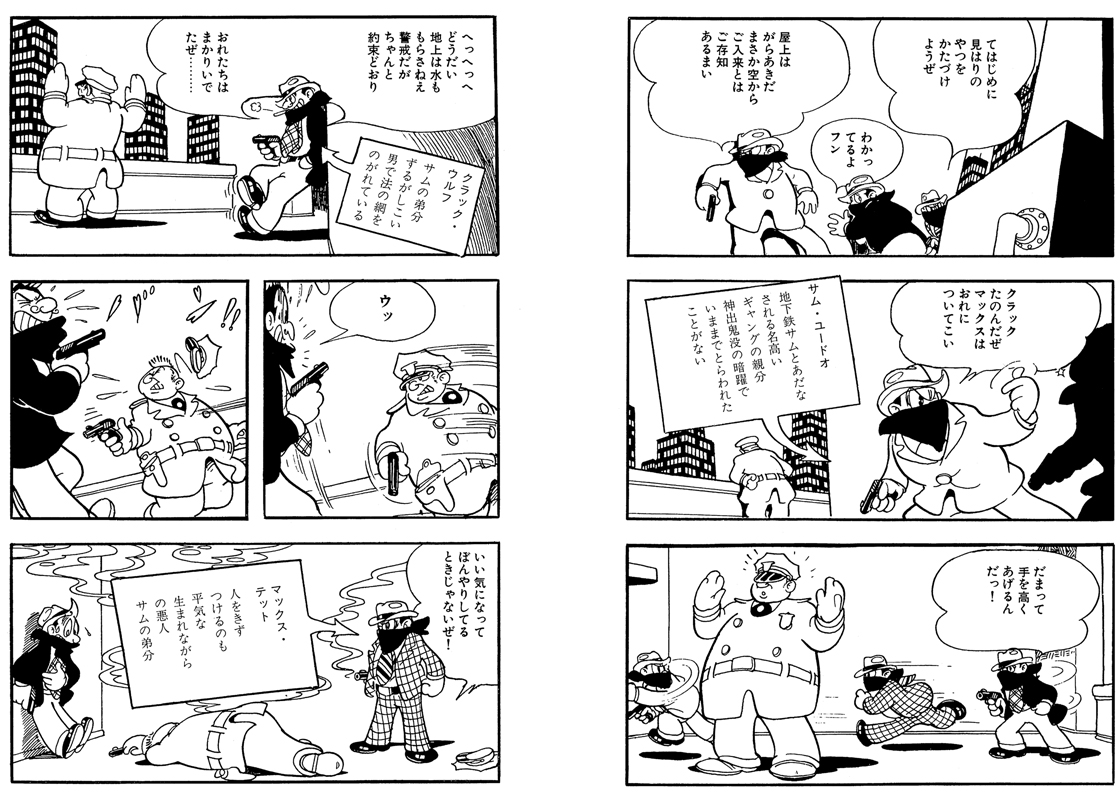