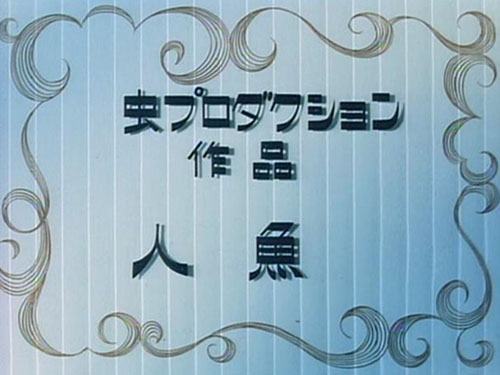 Tezuka Osamu told us through this story that imagination, the power to fantasize, is a wonderful wing given to humans, who cannot fly. He proceeds to accuse our controlled educational system of robbing us of this natural wing. Around the time of this production, Japan's fiercely competitive examinations were criticized for producing average children with no individuality all over Japan. Tezuka Osamu suggested in his animation that society might be headed in the wrong direction. The story begins in a fictional country where imagining is prohibited. When a boy saves a fish, which transforms itself into a mermaid and astonishes everyone, he gets arrested for imagining and producing such nonsense. Then he is robbed of his imagination. The story depicts the frightening side of a controlled society and escape from that kind of society, a theme similar to that of Terry Gillium's science fiction film "Brazil". 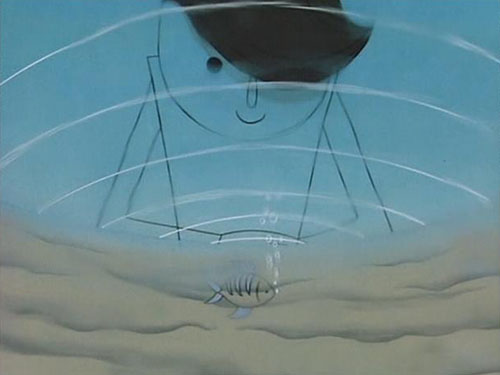 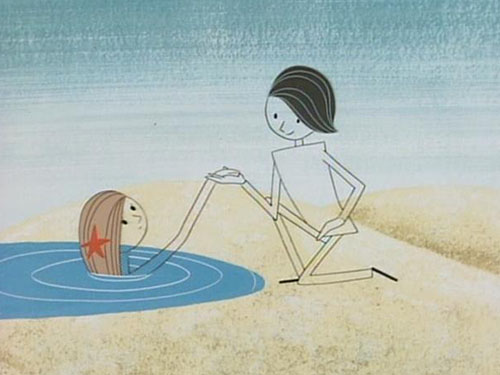 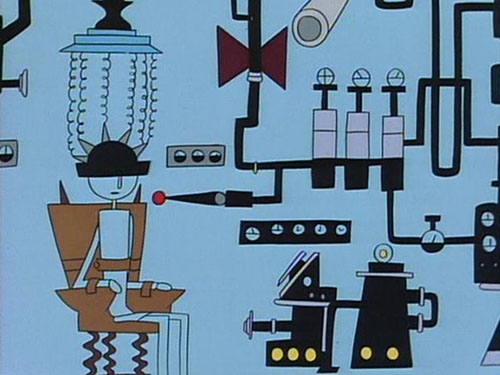