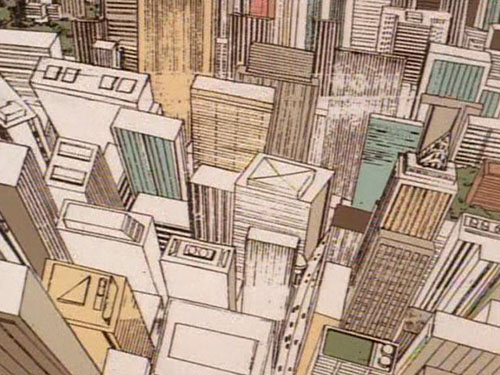 As a boy skips down a street, his stride becomes bigger and bigger, and he then jumps over towns, a forest, the sea, going higher and further. Finally he reaches a country in wartime. This work is very interesting in that the boy's jump turns to a god's jump, to a point where he is watching over human destiny. This work surprised the entire world because the whole film was shot in one cut with 4,000 motion pictures. It received many awards. 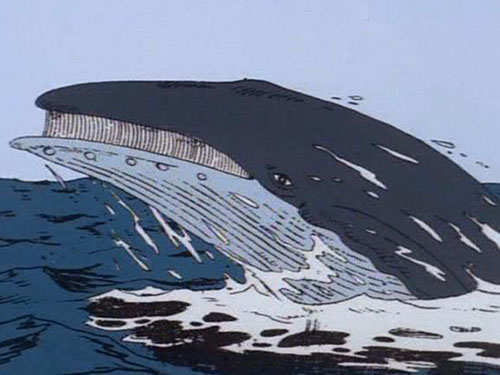 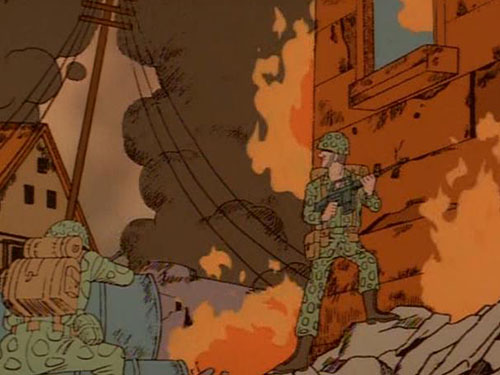 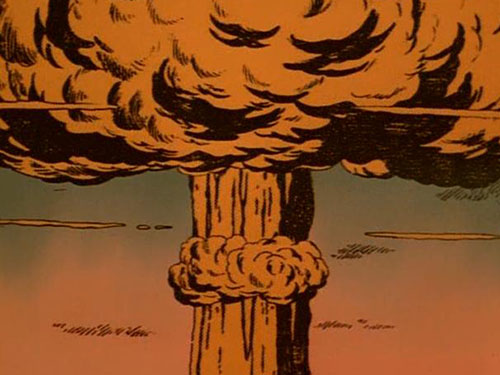