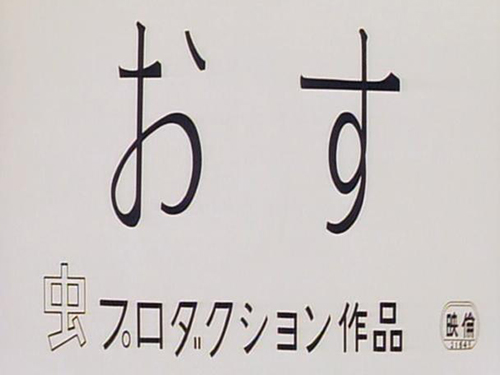 Tezuka Osamu founded "Mushi Production," an animation studio, with his personal assets. This work was shown at its first exhibition, together with the first episode of "Astro Boy." This short film, which was made in a hurry to meet the exhibition date, looks like a Tezuka Osamu version of the novel "Wagahai wa Neko de Aru ("I am a cat"). In the masterpiece by Natsume Soseki, a cat observes his master's ordinary life, while the cat in this film observes an extremely odd situation in which a man kills the woman he loves and waits for the police to come. With characters such as a cat, a dead woman and a miserable man, this film conveys very clearly the idea that animation is not just for children. 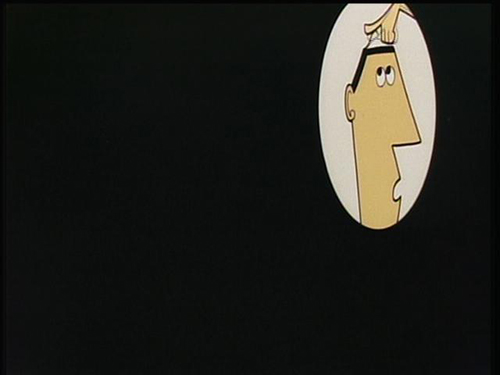 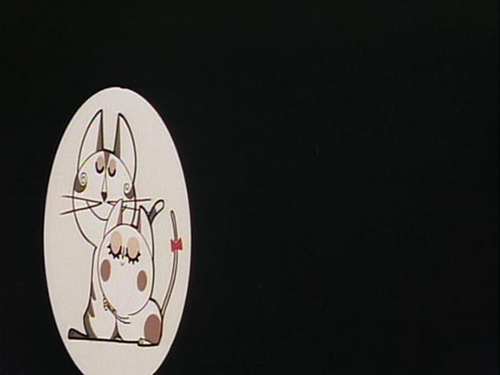 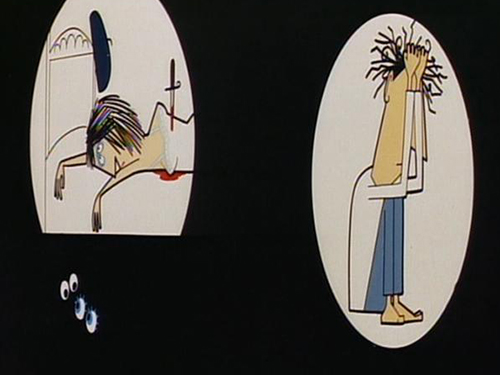