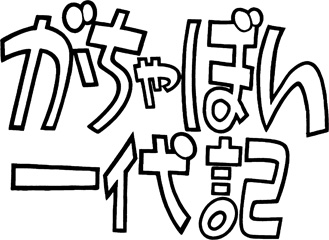 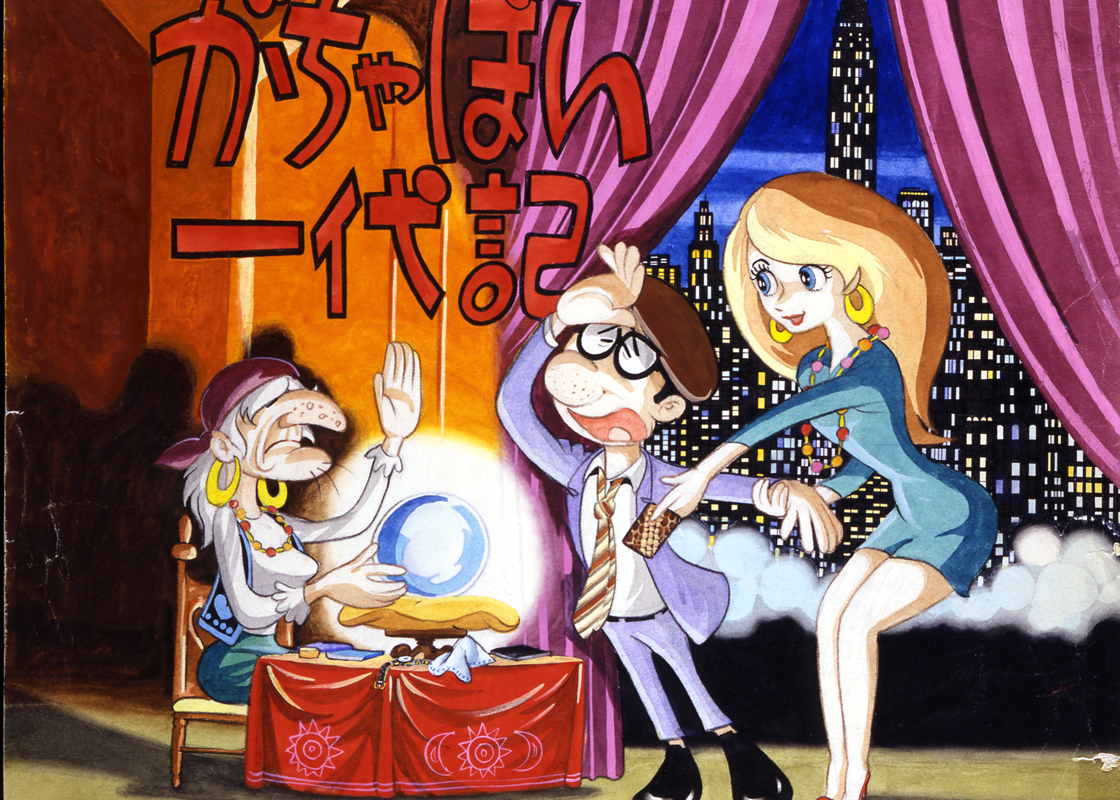 "Gacha Boy’s Life Story" is an autobiographical short story of Tezuka Osamu.
In September 1945, Tezuka Osamu meets the god of Manga, who looks like a homeless man in the black market of Osaka. According to the god, he plans to enter the body of Tezuka Osamu and create a Manga craze in Japan.
Soon after that, Manga begin to enjoy unprecedented popularity in Japan. Tezuka Osamu becomes a popular cartoonist and establishes an animation studio, Mushi Production. And much to his delight, the animated version of "Mighty Atom," produced by Mushi Production, is critically acclaimed in the U.S. When Tezuka Osamu becomes successful, the god of Manga appears before him again and says that few Japanese Manga are of good content. The god's words awaken Tezuka Osamu and he realizes that the god is cautioning him not to become complacent. 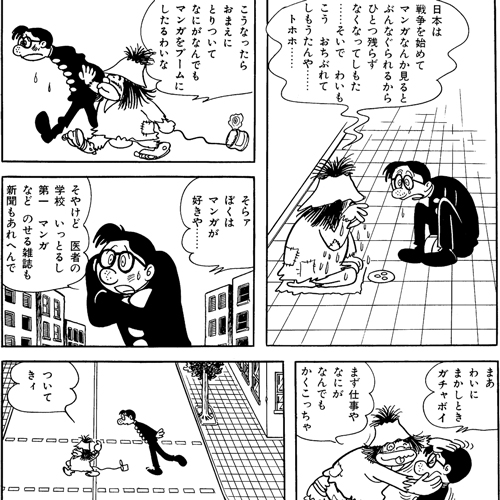 From early on, Tezuka Osamu often appeared as a character in his own works, including "Tale of the Miracle Forest" and "The Wonderful Journy." In addition to these, he began writing autobiographical stories in the late '70s. "Gacha Boy’s Life Story," which was published in a monthly boys' magazine, was the first.
Around 1970, the Japanese Manga began to change drastically. Manga with realistic narrative and finely drawn pictures became the trend. In response to this trend, new Manga aimed at young people were published one after another.
Against this background, Tezuka Osamu feared that his Manga were old-fashioned, and his witty and light touch began to disappear from his works. It was in this context that he began to write autobiographical stories. In doing so, he might have reviewed his previous works and returned to his starting point, and a few years later broke new ground with "Black Jack" (1973) and "The Three Eyed One," expanding his horizons as a cartoonist. 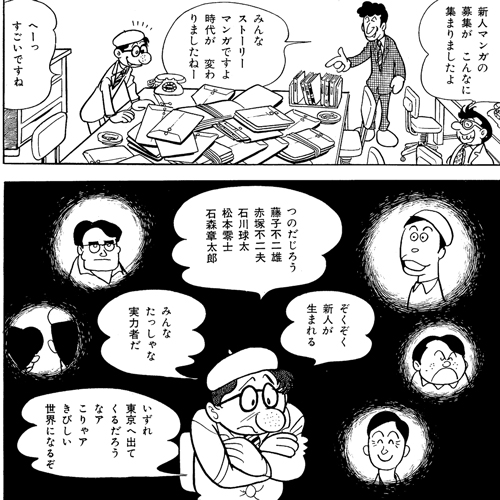 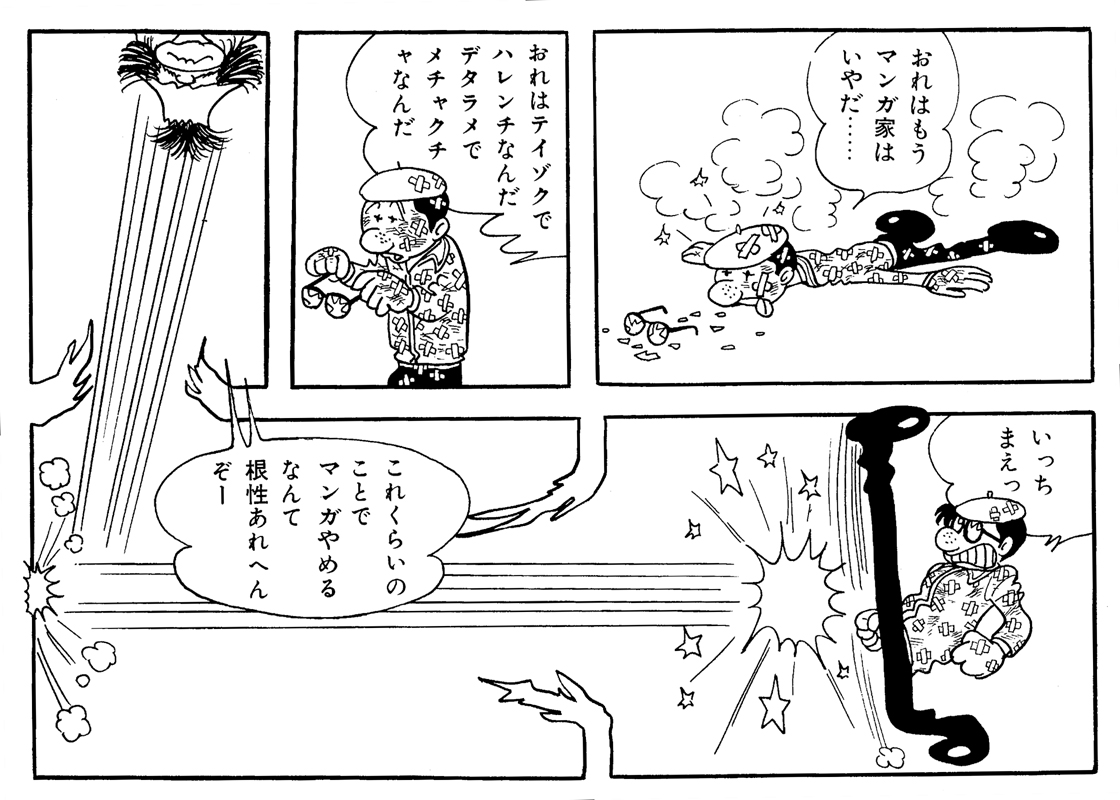