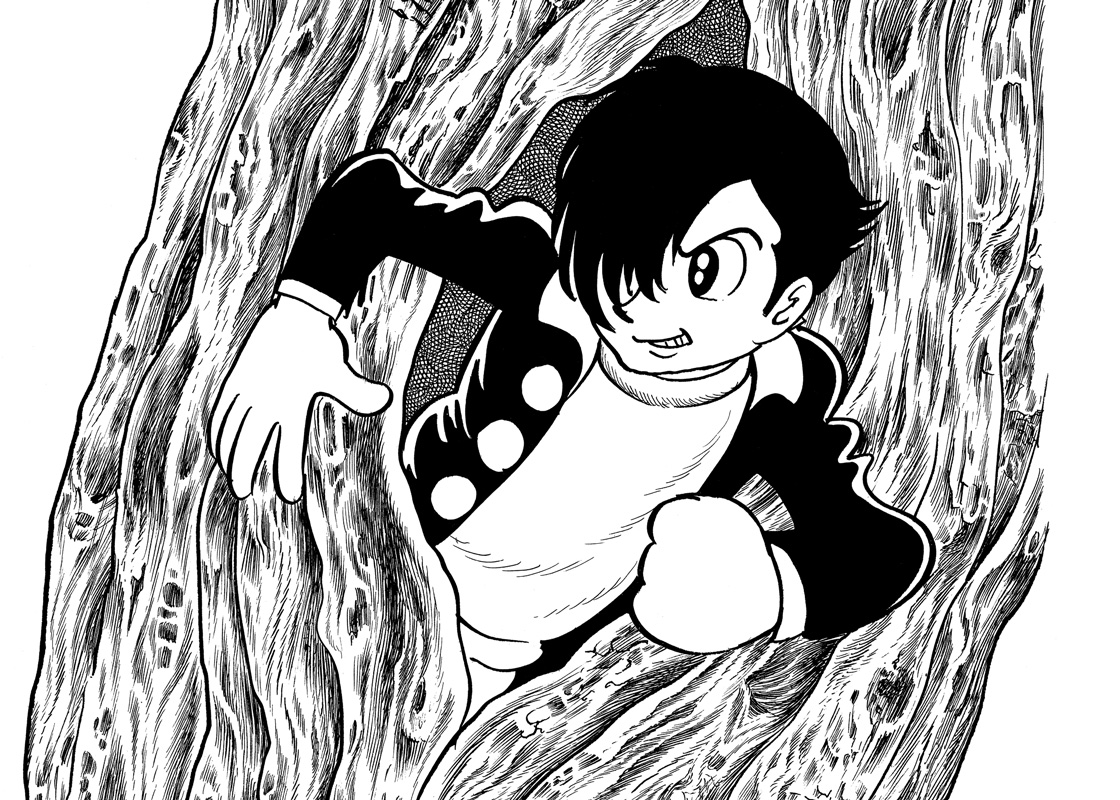 Kantaro is a mentally retarded boy living in a village in the depth of the mountains where there isn't even electricity. Since there is no other entertainment, Takashi, Kantaro's brother, often tells the story of Momotaro to him. One night, when Kantaro is late to come home, Takashi goes to look for him in the mountain and finds purple aliens getting information from Kantaro about the Earth using a strange device. Surprisingly, the information Kantaro is giving to the aliens is the story of Momotaro he has heard from his brother. The next day, using his wit, Takashi makes up a story to tell Kantaro that the demons of Onigashima were purple aliens who were all wiped out in a nuclear explosion. How do the aliens react to the story when they hear it from Kantaro? 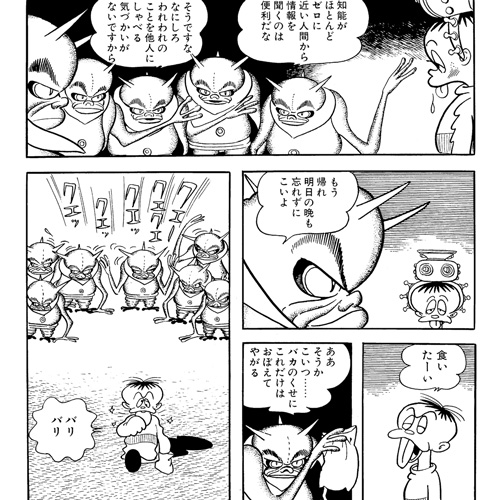