"Rain Boy" is a moving fantasy depicting friendship between a boy and ghost who can bring on the rain ("Rain Boy"). A boy named Mota is a student at a branch school in a mountain village. He is bullied at the main school in the city that he is attending while the branch school is closed. City boys bully him because he is a country boy. One day, he meets a ghost under the bridge who has the ability to bring on the rain. The ghost begs for Mota's boots, saying he will grant Mota three wishes in exchange for the boots. Soon they become good friends.
But one day, when a fire breaks out in Mota's branch school, he asks the rain boy to put out the fire as his third wish. Thanks to the hard work of the rain boy, the fire goes out. But shortly after the fire incident, his family decides to move to a different place and Mota forgets his promise to meet the rain boy under the bridge. Mota climbs down the mountain leaving poor rain boy behind under the bridge. Forty years later, Mota suddenly remembers the promise. 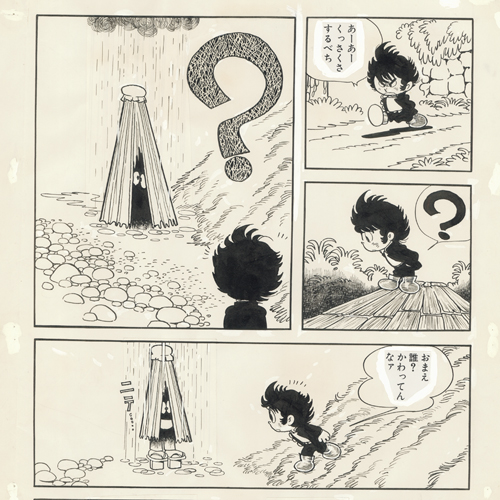 Tezuka Osamu is a great author who wrote both long and short stories. Among his many short stories, "Rain Boy" became known as one of Tezuka Osamu's greatest works. It is said that Japanese ghosts keep promises in the way Western devils keep contracts, and the theme of "Rain Boy" is a promise between a man and a ghost. This is a touching story of a boy who breaks his promise and a ghost who keeps his promise. The rain ghost does not appear in the Japanese legend or folk tales: it is a Tezuka Osamu original. 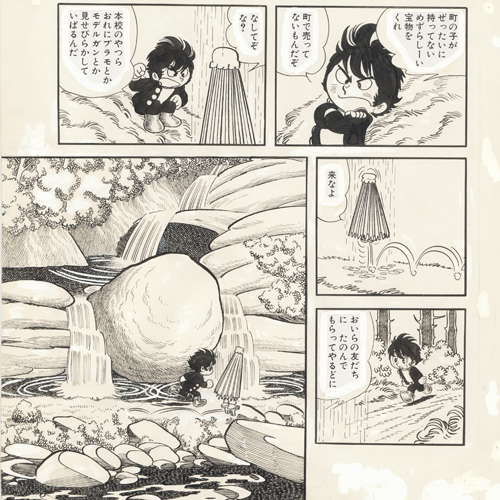 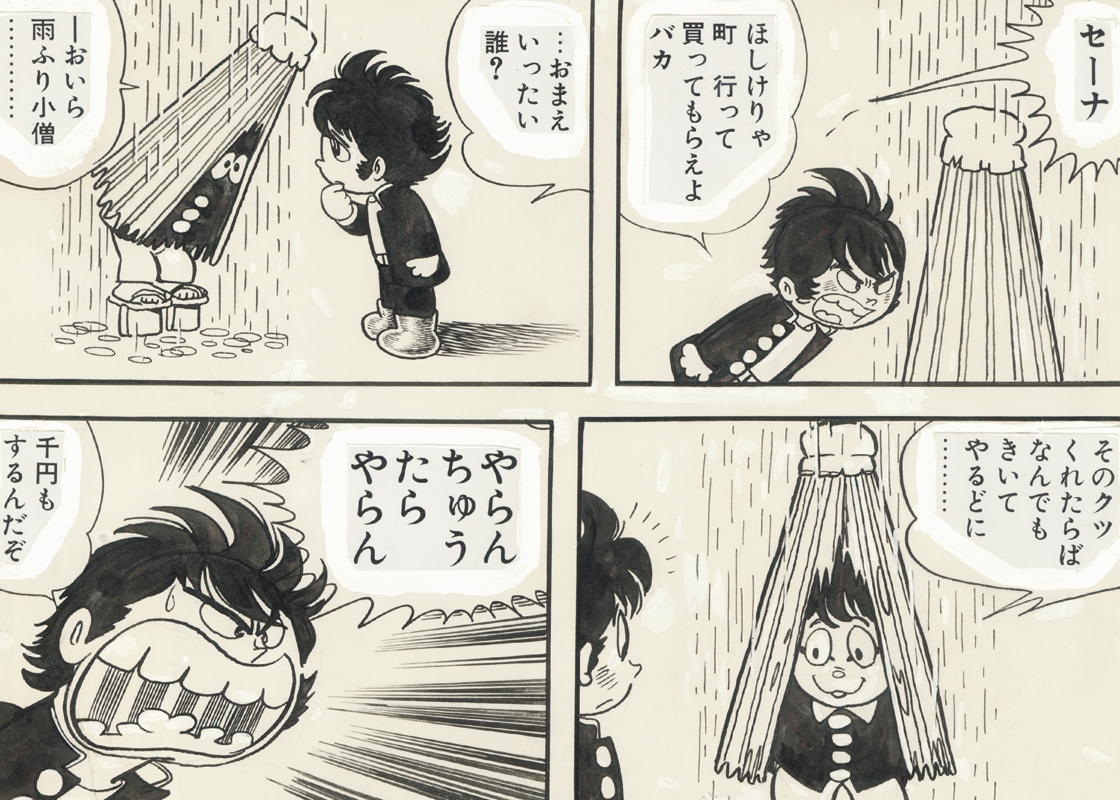