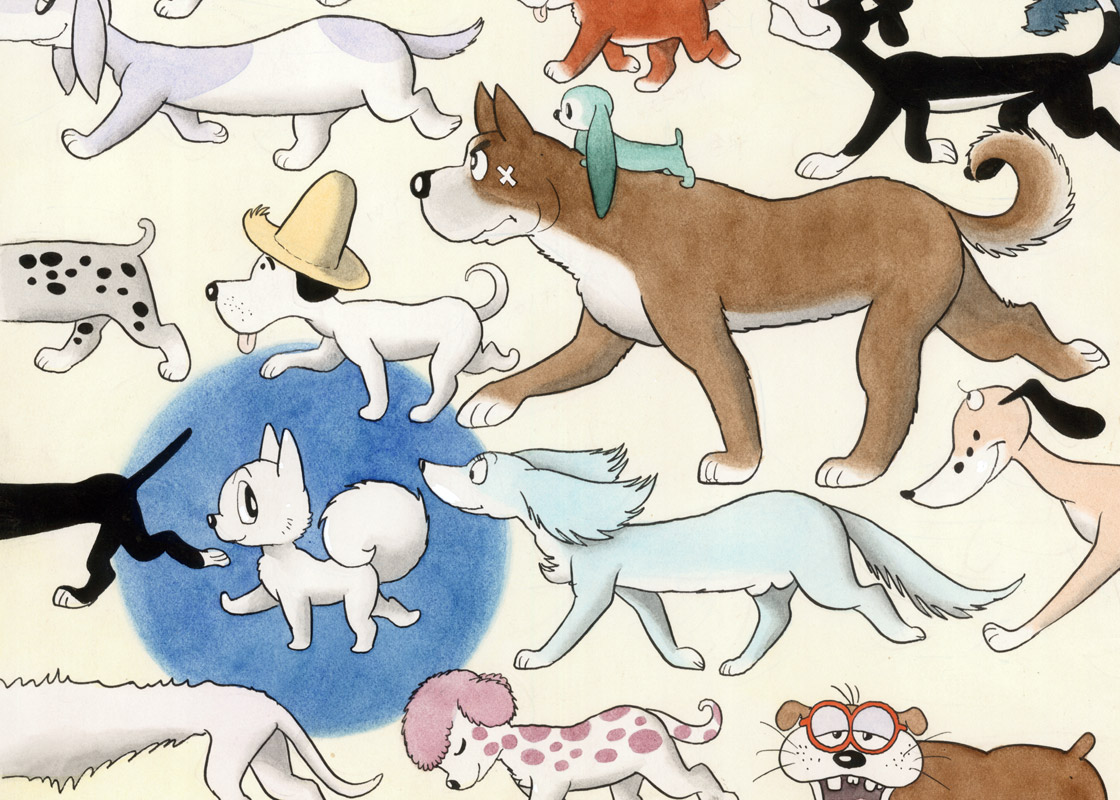 A Manga for children concerning the everyday lives of a group of dogs living freely in an out-of-the-way corner of the city, which is permeated through with a melancholic touch.
This corner is in a district filled with big factories. The new born Wansa is lured away from his mother and sold for 10 yen.
But Wansa yearns to see his mother and escapes on the way, becoming a wild dog.
In the corner of the factory, Wansa meets a small bird who has fallen victim to the smoke and soot and is on the verge of death. The bird tells Wansa, "If you remember the smell of that 10-yen coin then you should practice digging for money. Humans measure the value of everything by money, so if you have money you may be able to see your mother again."
Then the little bird dies.
After that Wansa acquired the knack of finding 10-yen coins.
By and by, Wansa who has continued to live in the factory, is found by the old man who does the cleaning who reports him to the factory owner.
The factory owner tells the old man, "Either you kill the dog or you must quit your job."
The old man leaves his job and takes Wansa home with him. 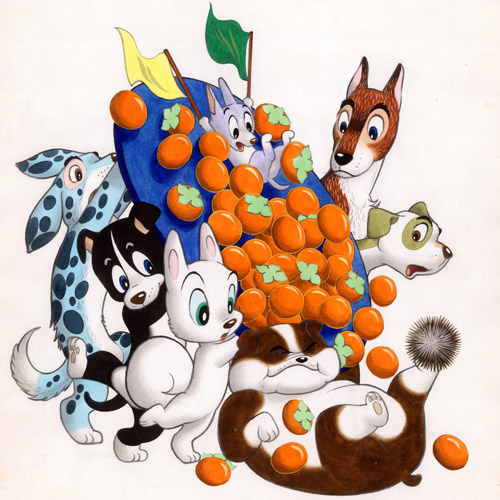 The character of Wansa was originally designed as the mascot for Sanwa Bank; his name, "Wansa" is "Sanwa" spelt backwards.
Wansa was the leading character in this work, which began to be serialized in the first issue of "Tezuka Magazine Leo", the magazine published by Mushi Production Commercial Firm.
However, Mushi Production, the company presided over by Tezuka Osamu, was being rocked by labor disputes at the time, and with the ruckus continuing, the magazine lost its focus and the Wansa series was discontinued before it could be completed.
A year later in April 1973, "Little Wansa", the last Mushi Production television anime went on air, but Tezuka Osamu was completely uninvolved in its production.
Nonetheless, the anime version made the most of the flavor of Tezuka Osamu's original Manga while turning the story into a high-spirited animal musical, which became a highly lyrical and fine piece of work.
It is for this reason that Wansa is one of Tezuka Osamu's most popular characters and has continued to be loved by fans, despite the fact that the Manga work was never completed. 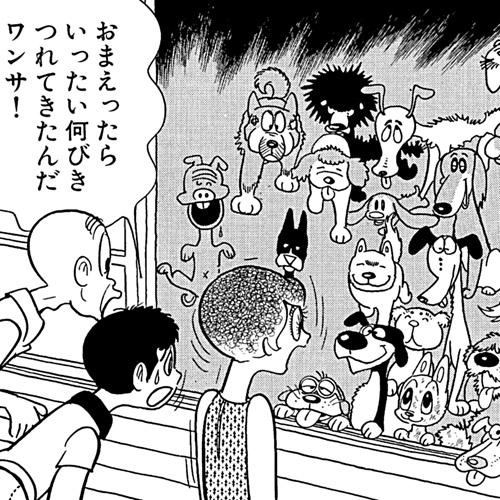 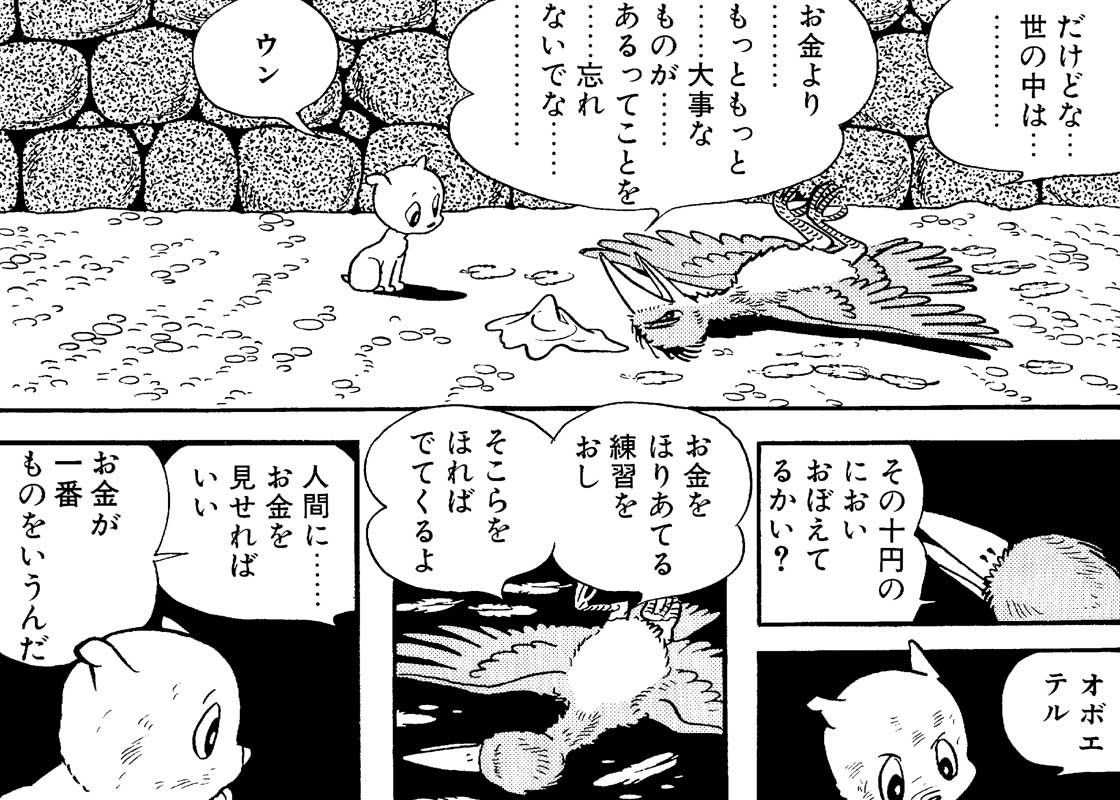