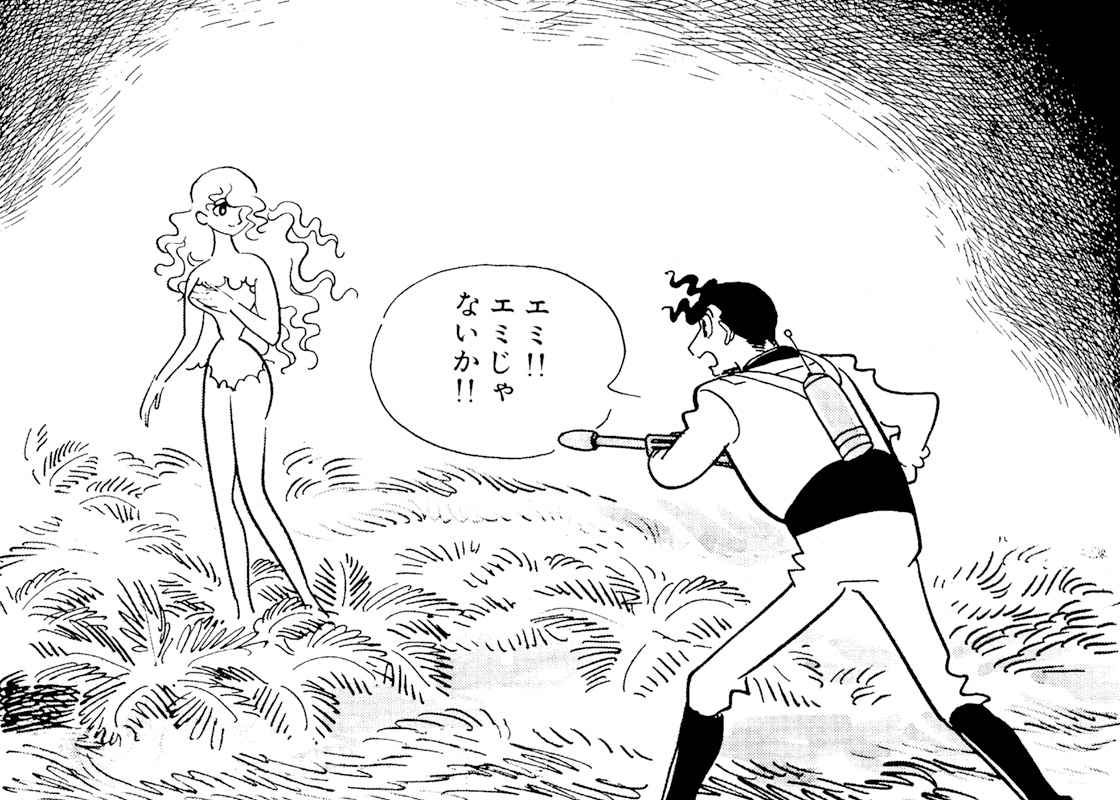 Where the Greenery Ends

Some croquetts suddenly appears in front of a farmer. No matter how many croquetts he eats they never disappear. Instead, they keep increasing. Actually the increasing croquetts are... (Inflammation)

A wrecked spaceship makes a crash landing on a planet, where the things they just imagine in their mind are materialized in front of them. (The end of the forest)

The Man with Asthma

Masami Fukushima, the founder of SF magazine, was a man with a bias toward manga. He seldom had manga appear on the magazine. He, however, had this "Fancy Free" and another Tezuka's work, "Bird Man" serialized on the magazine while serving as Chief Editor of the magazine.

Tezuka was the only manga artist who belonged to the Sci-Fi writers club among other Sci-Fi writers. Together with other member, he enjoyed discussing at a Taiwan cuisine restaurant called "Sanchinkyo" in Shinjuku.

A Man from 24Hours Ago