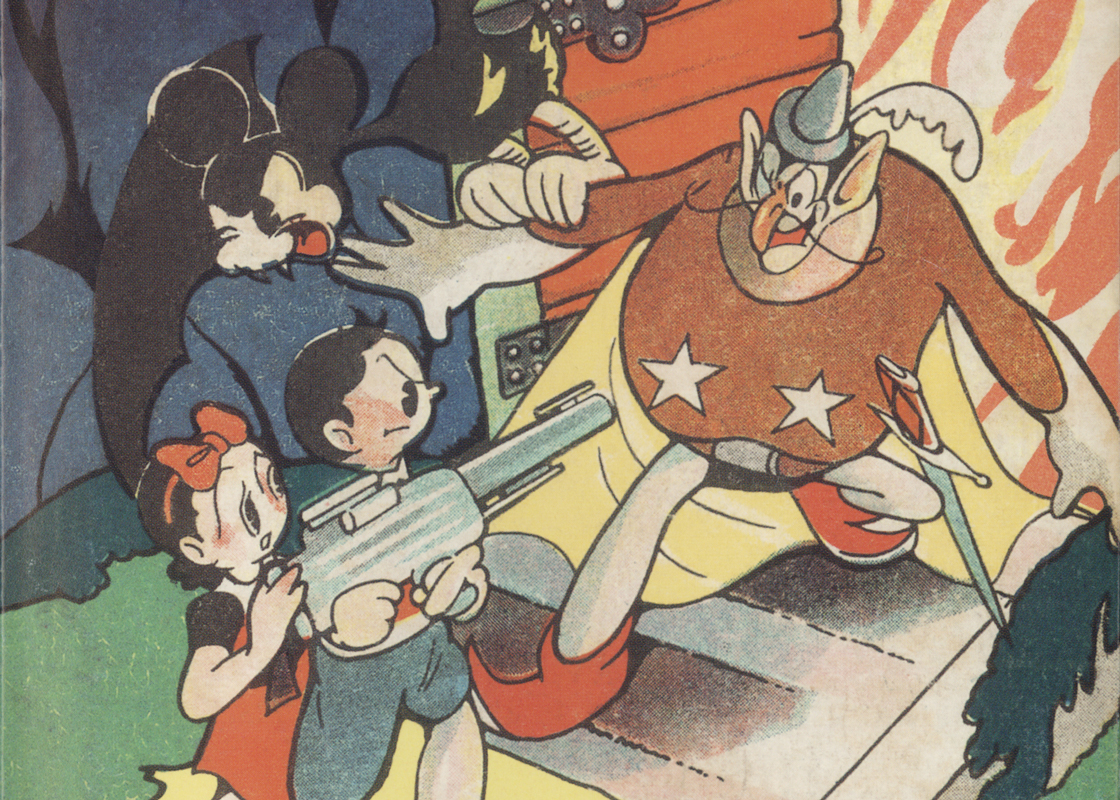 This is a story about a showdown between magic and science.
It begins like this: when the King of Evil comes back from a 100-year trip to hell, he finds that humans have fully embraced a scientific view of the world, and people no longer believe in the devil or in magic.
horrifying power of magic to humans, the King of Evil challenges Dr. Higeta to a competition between science and magic.
Backed by a scientist from Mars named Tyrol, Dr. Higeta, his nephew Kenichi, and niece Hanako together begin the match. 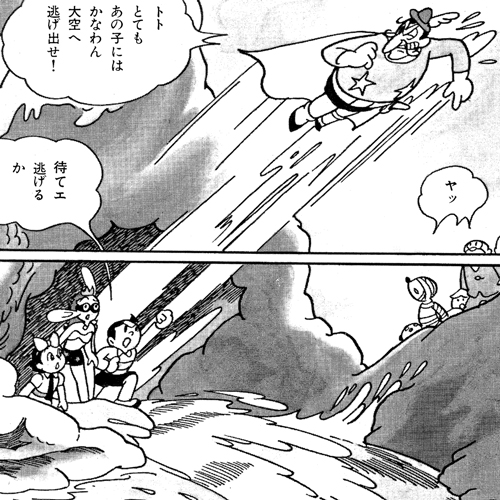 This is a full-length Manga, appearing after "New Treasure Island" (1947) and "Dr. Mars" (1947). "Magic House" was written and released concurrently with "Mysterious Underground Man" (1948).
The idea of a showdown between magic and science itself was fairly novel.
From a structural point of view, the work is well organized and fun: we find that the whole story is actually contained within the Manga that Kenichi is reading. There is also an extra description on ghosts at the end of the book.
As this book was printed using the "drawing plate" method (block copy artists traced the draft drawings directly on the metal plates used for printing), the drawings here differ slightly from the originals. 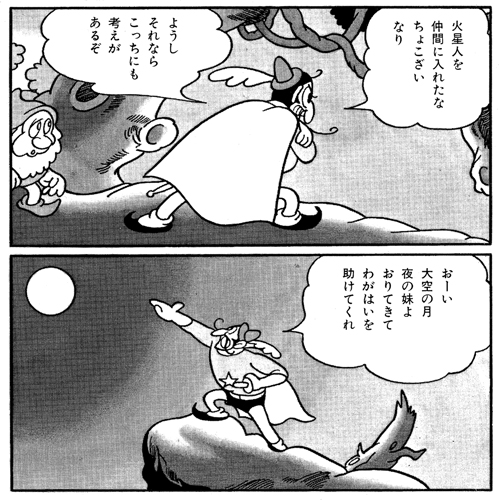 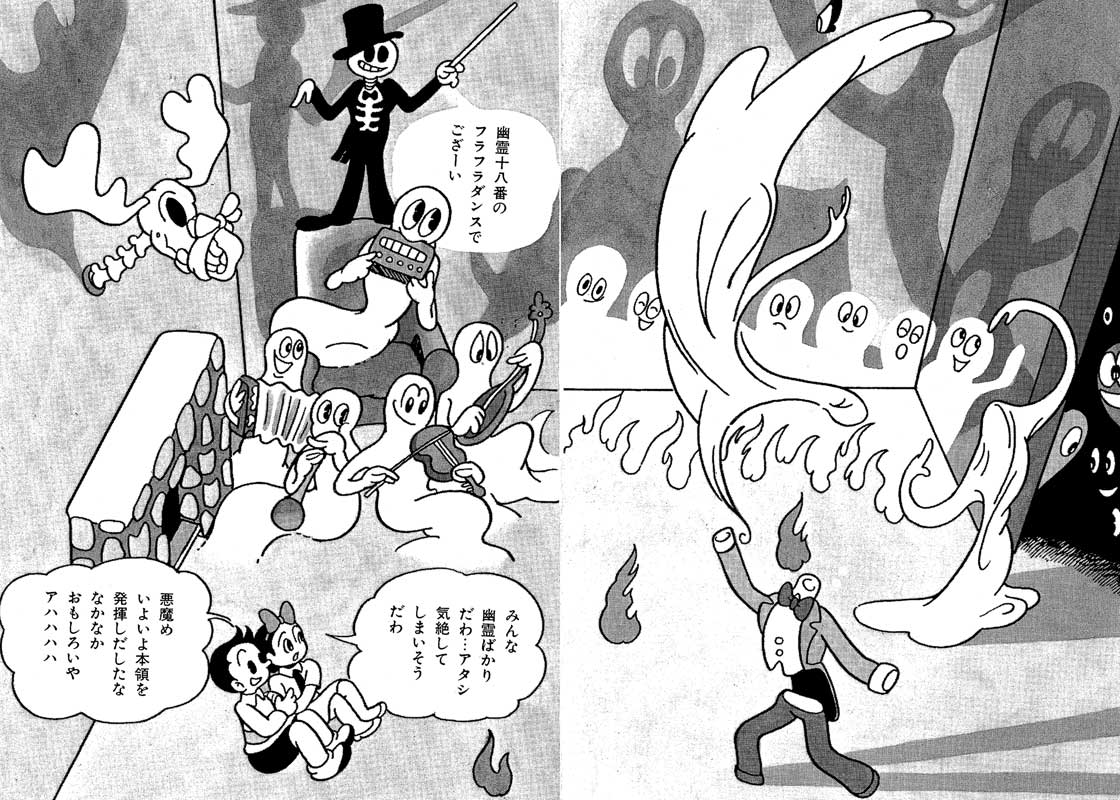