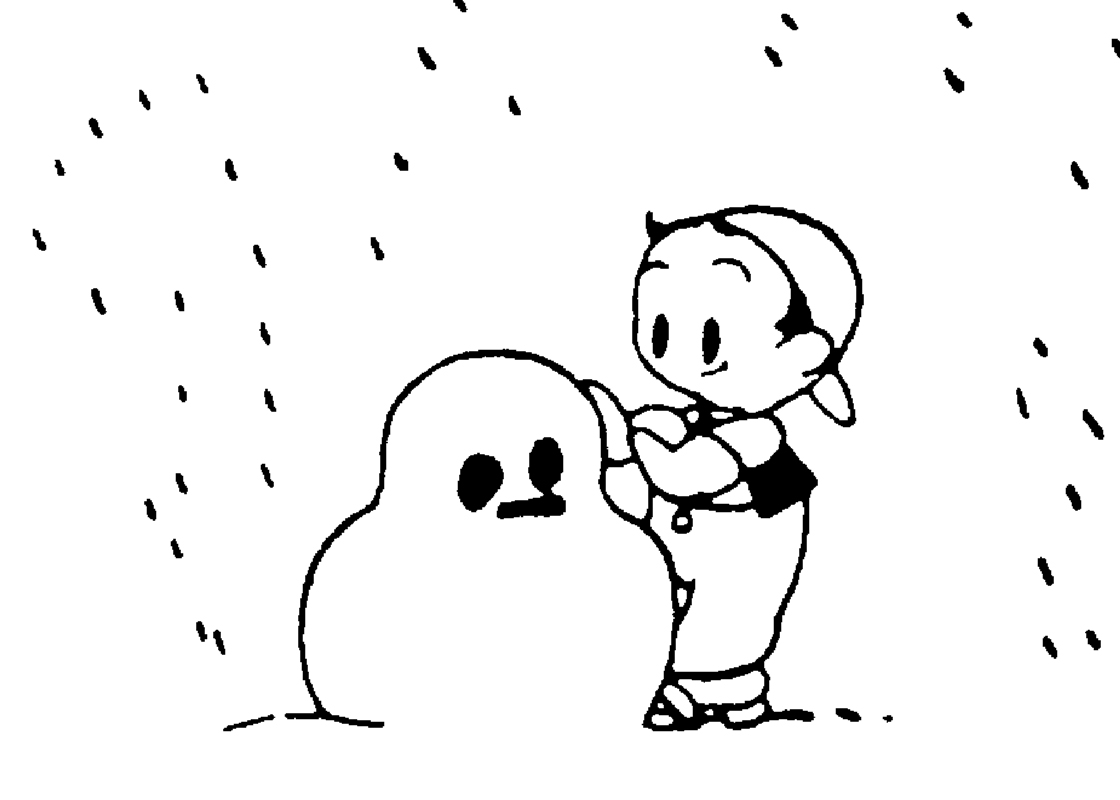 This is a 4-strip cartoon that appeared in a newspaper, featuring the pre-school boy Ma-chan. Cheerful and naughty Ma-chan and his friend Ton-chan are always arguing.
This work strongly reflects the situation immediately after the war: Ma-chan wants to learn A-B-Cs from the stationed American soldiers, rather than the phonetic a-i-u-e-o from his father. 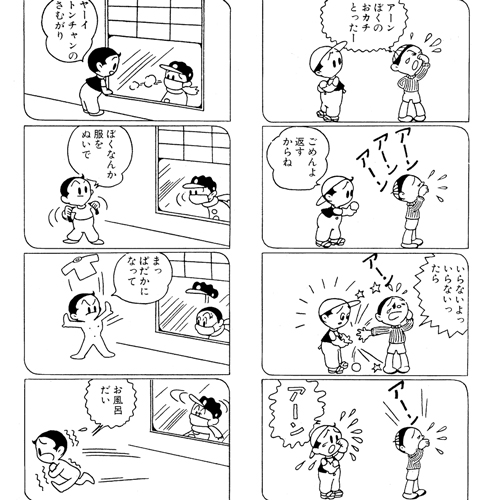 This was Tezuka Osamu's debut work, carried in the Osaka edition of Shokokumin Shimbun (currently Mainichi elementary school children's Newspaper) 73 times as a 4-strip cartoon.
As Tezuka Osamu was only 17 years old when he produced this work, the drawings may look poor at first glance. But the flow of the story starting with introduction and including development, turn, and conclusion in the 4 strips, as well as the expression of movement, are all excellent. The work also incorporates many innovative ideas that Tezuka Osamu would use again and again in later years.
This work was published in book form, entitled "Ma-chan Ton-chan" by publisher Yubundo in 1947. For this publication, the whole story was newly written. The version included in Kodansha's version of the Complete Works of Tezuka Osamu is the book version, which includes some story lines different from the earlier version. 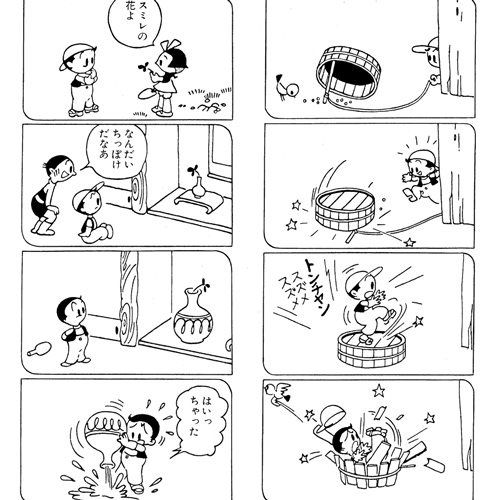 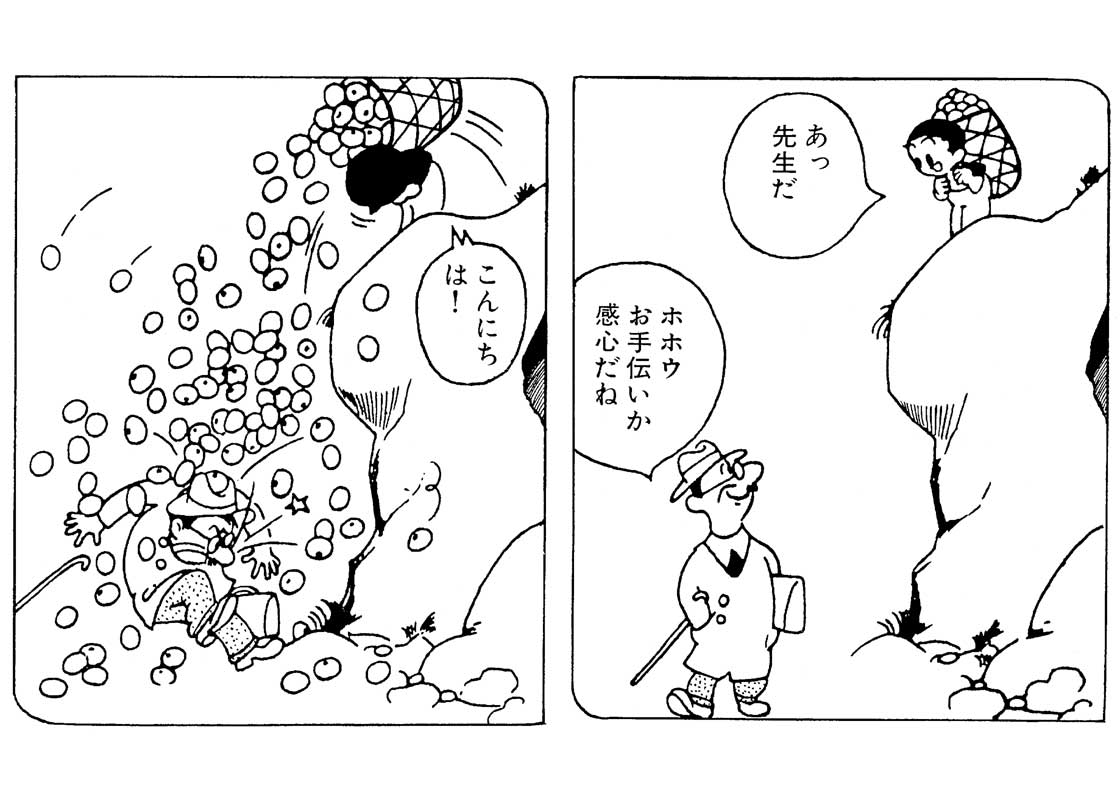