This is a long samurai drama, centered on the life of a samurai who devotes his whole life to reclaiming wasteland in Japan towards the end of Edo Period (1603 - 1867).
In the fief-controlled areas there is a vast wild land called Abusegahara, and in the summer of the 3rd year of Ansei (1856), a follower, Suda Monza, suggests to his feudal lord that he reclaim this undeveloped land.
However, as most of his retainers, including Yagyu Shuma, are against the idea, Suda Monza is forced to reclaim the land by himself with the help of his younger sister Tsubomi and a chugen (retainer) Pekunai.
However, the reclaiming work is disturbed by the local yakuza Kuronushiya Jubei, and also by natural disaster. Furthermore, the monk Sokai, who was on Suda Monza's side, is swallowed by flood and dies.
Almost reduced to beggary, Monza nevertheless refuses to give up, using all of his assets for the effort.
In the meantime, more and more people gradually lend him their support. 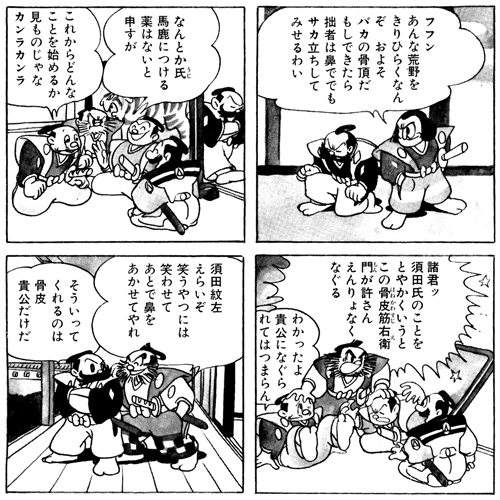 This is the first full-scale full-length samurai story written by Tezuka Osamu. It was put on the market as a newly written book by Tokodo publishers.
As the book was to be published in the drawing plate method, Tezuka Osamu drew the draft pictures in the standard printing size.
The drawing plate method is a primitive plate making method in which a block copy artist traces the line of the draft pictures, preparing the originals to be made into plates. This is how most of Tezuka Osamu's books in the early days were produced.
However, because photomechanical processing methods were introduced while Tezuka Osamu was still working on this story, he suddenly had to start drawing pictures larger than the printing size.
This resulted in lines of different density between the first and second halves of this work. Thus, the Plain of Abusegahara was unexpectedly subjected to this transition in printing and publishing technology. 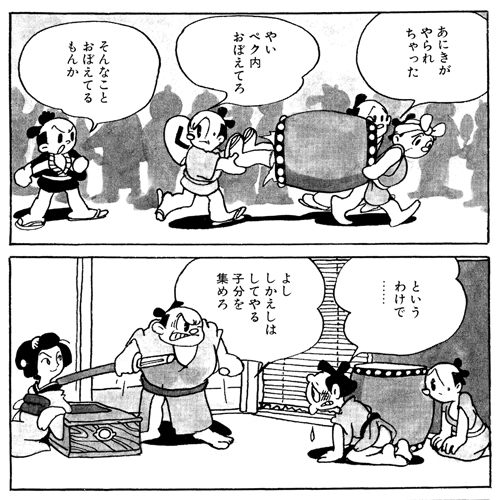 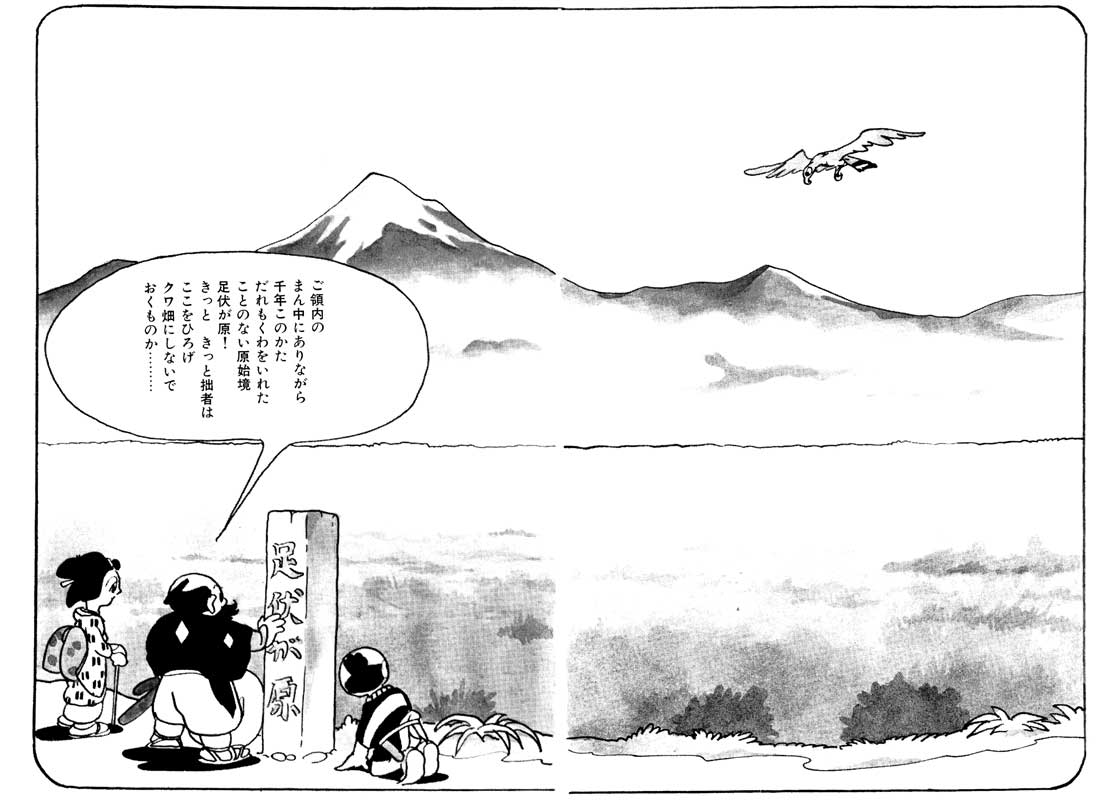