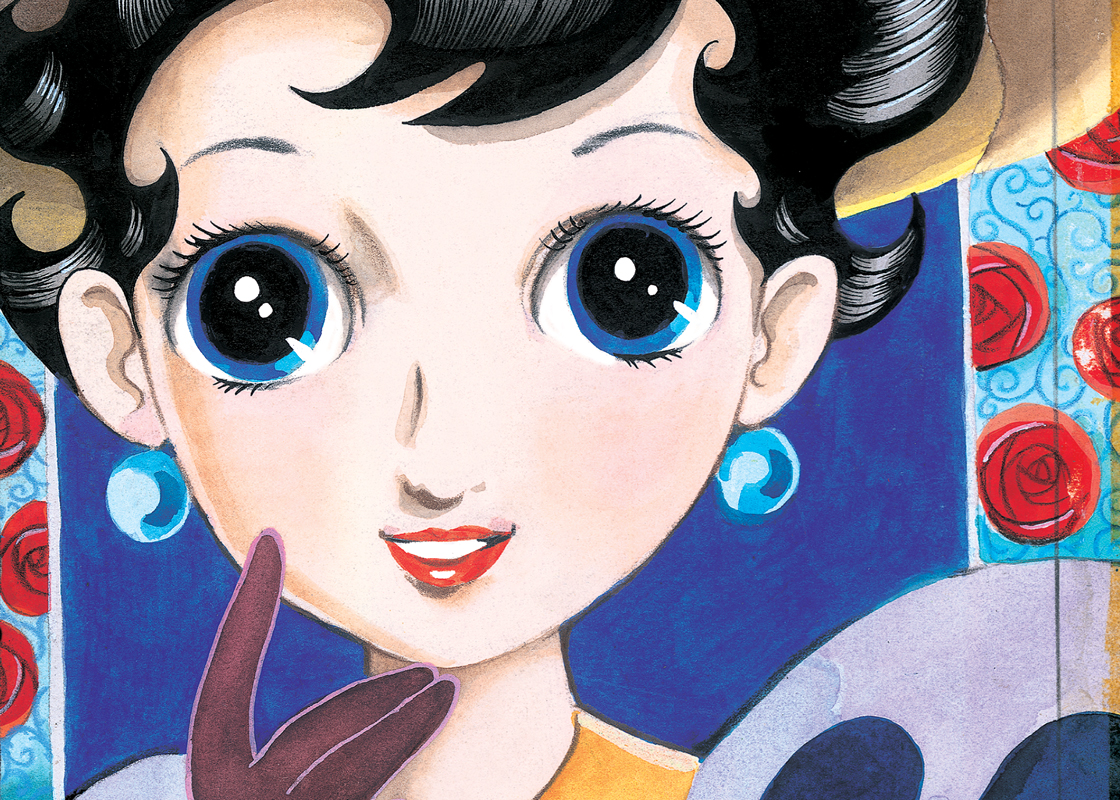 This is a follow-up on the Princess Knight (Shojo Club version) work. In Twin Knight, the twin brother and sister, children of Sapphire, are the main characters.
After becoming the princess of Silver Land, Sapphire marries a man named Frantz of a neighboring country, and gives birth to the twins Prince Daisy and Princess Violetta.
But because of the wicked designs of the Duchess Daria, Prince Daisy is abandoned in the forest.
Meanwhile, in the castle, Princess Violetta decides to play two parts: being herself and disguising herself as the Prince every other day to conceal the fact that he has disappeared.
But her secret is discovered by Duke Daria, and the King, Queen Sapphire and Princess Violetta are confined in the northern tower.
Princess Violetta disguises herself as a boy and escapes with the help of a swan from the northern tower to look for her brother, Prince Daisy. 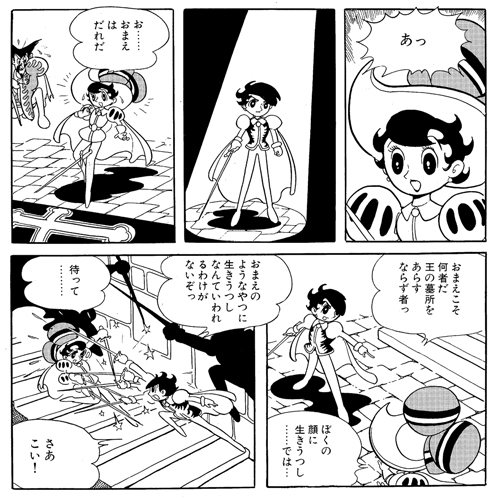 This follow-up to "Princess Knight" (Shojo Club version), which was published between 1953 and 1955 and appeared serially in 1958 in the girl's magazine "Nakayoshi" was published by the same Kodansha Ltd.
When it was first published, the title remained the same as that of the previous work, "Princess Knight," but when the first book was published in 1960, the title was renamed "Twin Knight." Because "Nakayoshi" was targeted at younger girls than the "Shojo Club" audience, the pictures and the story were made easier to understand and simpler than those of the previous version. Making the leading characters twins improved upon the previous story, in which a girl disguised as a boy plays the active role. Twin Knight is a piece of work that reflects ideas unique to Tezuka Osamu. 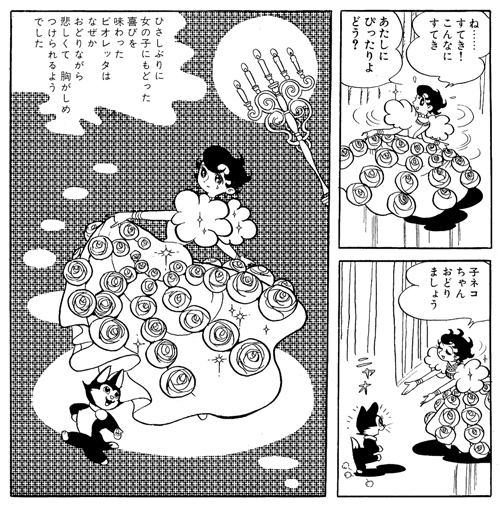 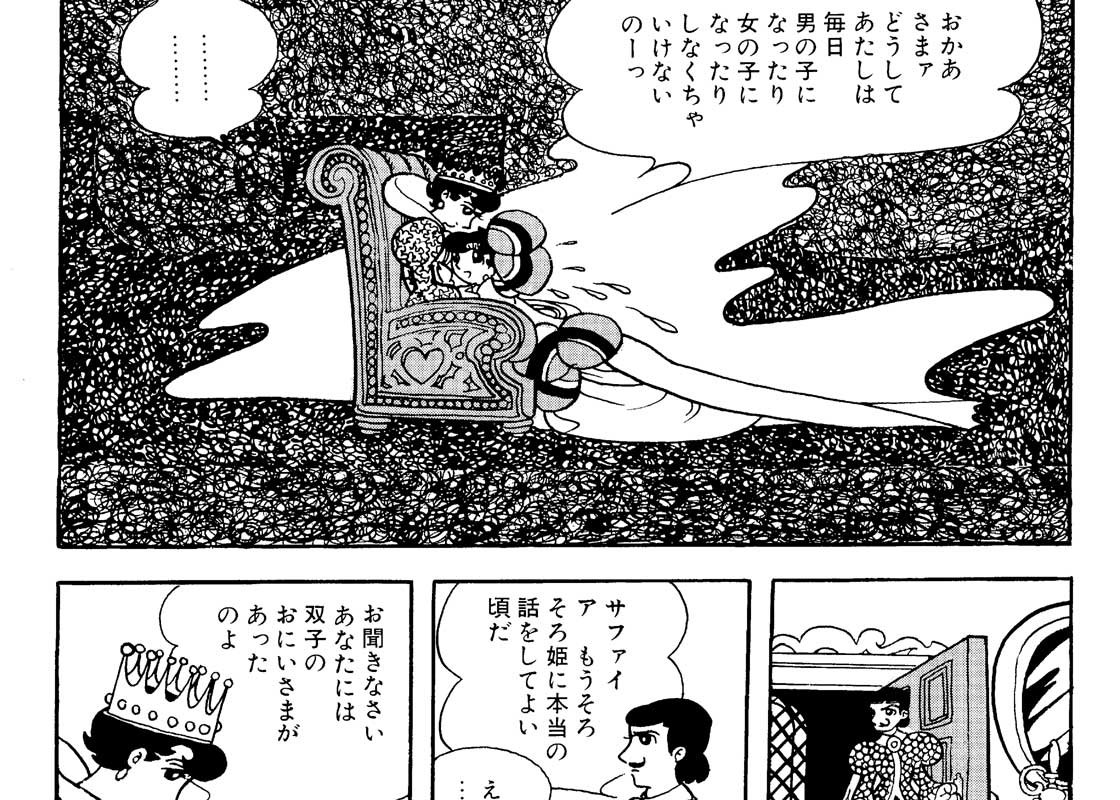