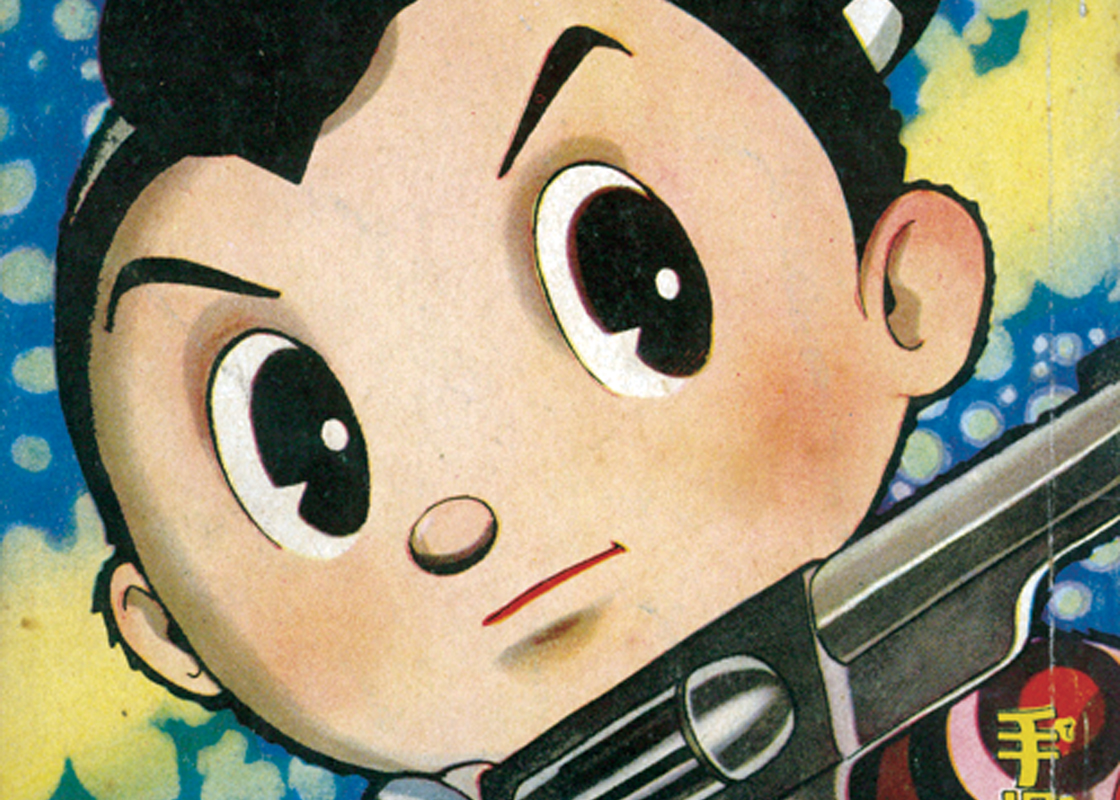 "Super Taiheiki" is a science fiction action drama in which a boy who has come from the future fights against villains in the late Edo period using unique inventions.
Dr. Kagami and his wife Kyoko, travel back in time to the Edo period using a time machine. But when they return to the present-day world, they have to leave their baby behind in the Edo period when the machine fails. The baby is found and looked after by a female thief, Konnyaku-no-Oden, and named "Komasuke."
Several years later, when he grows up to be a fine boy, a mysterious couple who introduce themselves as his parents appear before him and give him a science book from the future world. Komasuke starts working in the "Henoya" as an apprentice but is bullied by a nasty clerk. Referring to the science book, Komasuke invents many things, which help him to beat the clerk. Henoya Moheiji, the owner of Henoya, is fascinated by Komasuke and gives him time to study. Meanwhile, Oden, who has quit stealing because of Komasuke, is tempted into rejoining her former group of thieves. She is ordered to steal a secret document on the secret weapon, "Dracula," that a "Roju" (a high-ranking samurai) secretly attempts to import from a foreign country. 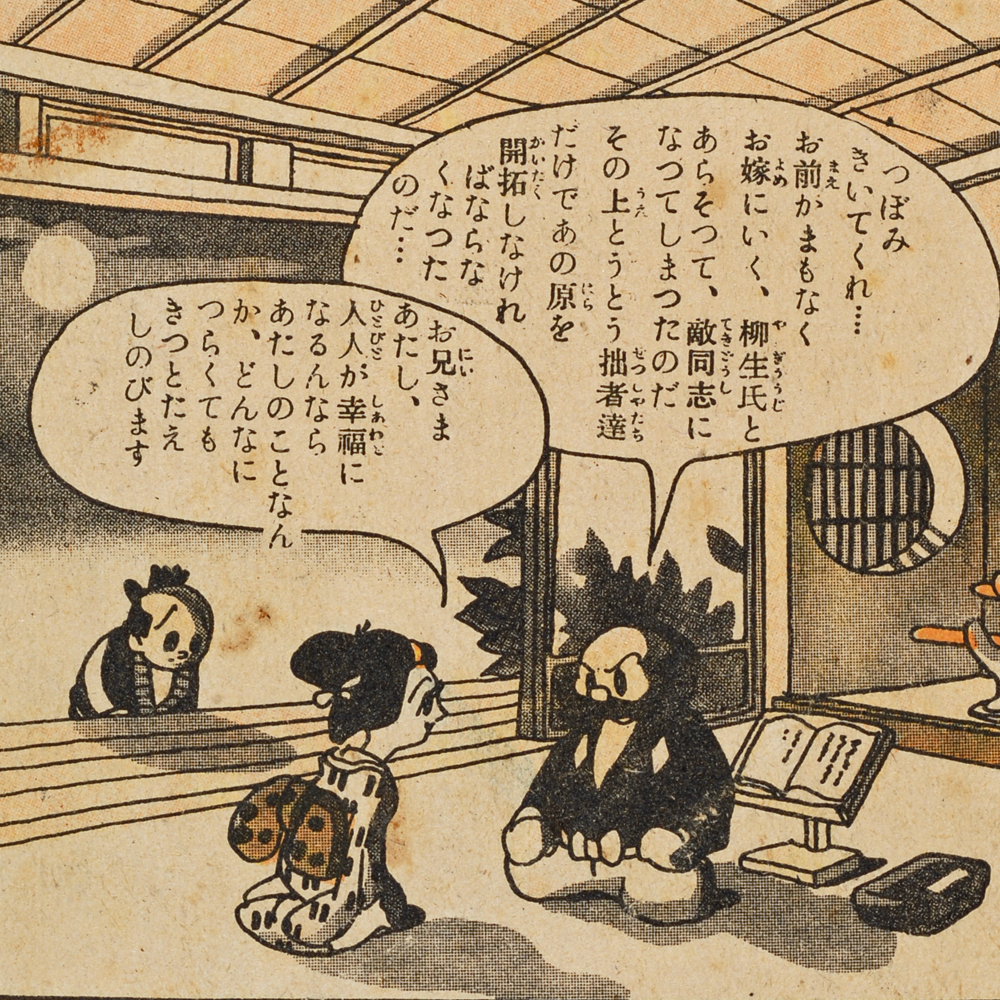 For about 200 years during the Edo period, Japan closed its doors to foreign countries under its isolationist policy. When the government began to crumble in the late Edo period, Western civilization poured into Japan. Ordinary people's surprise at Western civilization was as if they had seen people of the future. The setting of "Super Taiheiki" is Japan during this period. Against this background, it colorfully describes a boy who invents new things one after another.
This work originated from "People with Pistols on Their Heads" which he wrote as an appendix to the monthly magazine, "ShonenGaho"(1952). The main character, Komasuke, originates with "Kurisuke" of that work, who was also crazy about inventions. 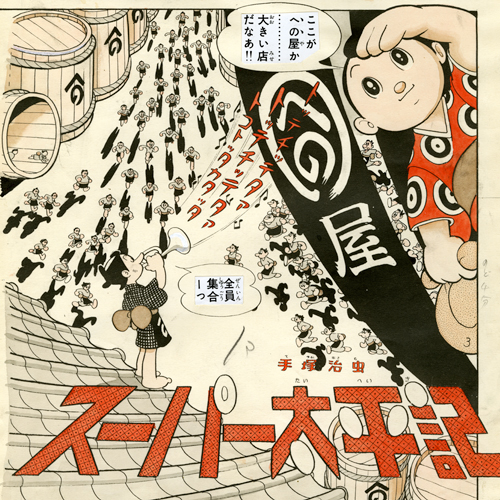 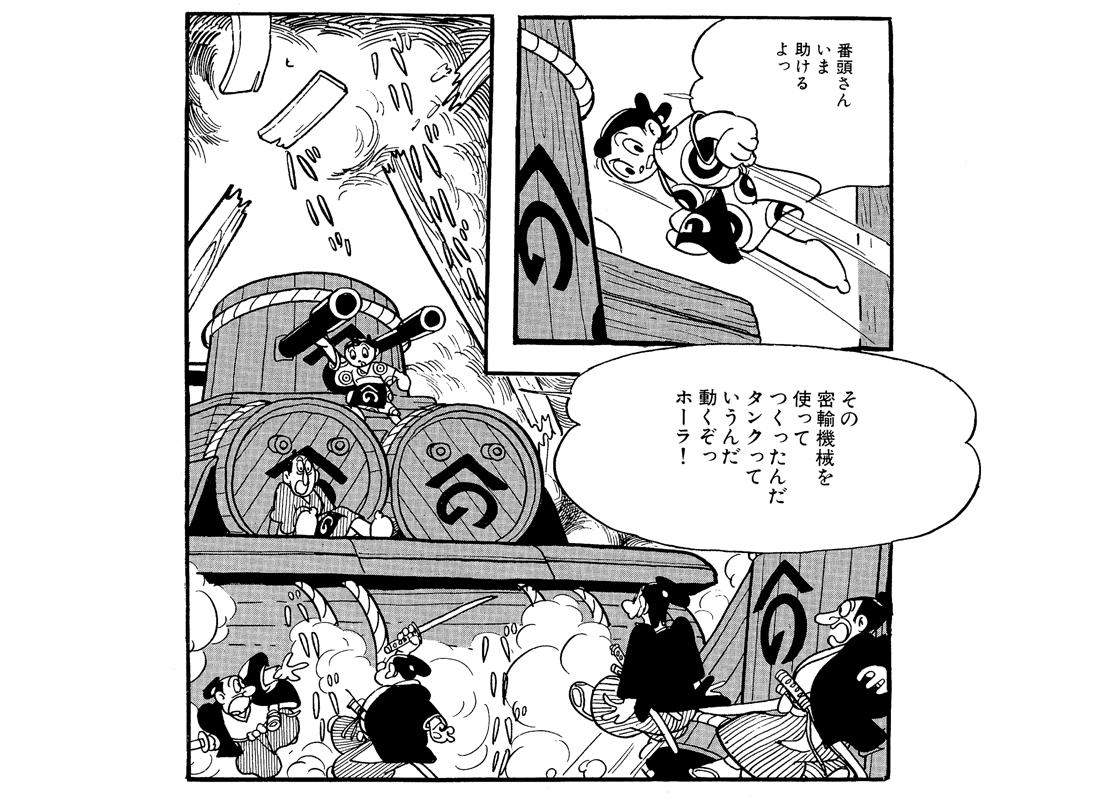