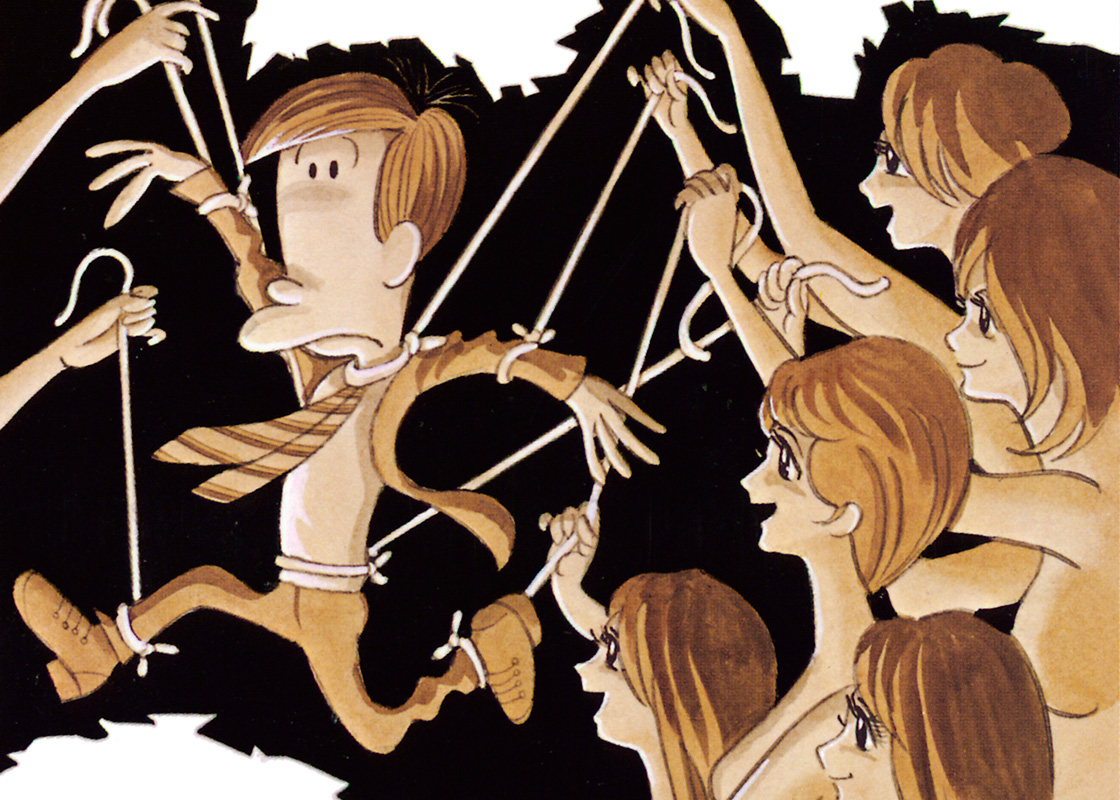 The cover of Fusuke for the Complete Works of Osamu Tezuka

A creature fall on the back street looks exactly like the part of a human body. Then the creature is reproduced, spreading like a wildfire, setting off a boom (Pecks, Banzai).

Osamu Tezuka (as a character in the episode) visits an inn in the snow mountain to draw manga. Actually the family who runs the inn has a horrifying..... (Spooky Story at Snowbound Inn)

This series contains short one-off situation comics in which an ordinary man named Fusuke and Tezuka, the author himself, run around in panic, tossed about by unusual events.

A Christmas Eve of Suffering

An Introduction to Astrology

This is a series of short one-off stories serialized on Shukan Manga Sunday, a monthly magazine targeted to young adults (Jitsugyo no Nihonsha).

The popular manga artists in the field of those humorous comics, Shunji Sonoyama (known for Gon, the Stone-Age Boy), Hosuke Fukuchi (known for Dotakon) and Sadao Shoji (known for Shoji-kun) were active then. Tezuka defined those comics as "peculiar works" focusing on unique situations rather than on main characters, and named them "Situation Comics".

He was quoted, "A dumb, lazy and comical man we can find anywhere is right for the main character of such Situation Comics. Also an ordinary man who gets panicky when something unexpected happens is preferable. If the main character is a kind of man who acts knowingly, the readers are left behind together with the setting. Frankly speaking, the main character can be just a narrator if the situation itself is funny enough."

Women Who Howl at the Moon