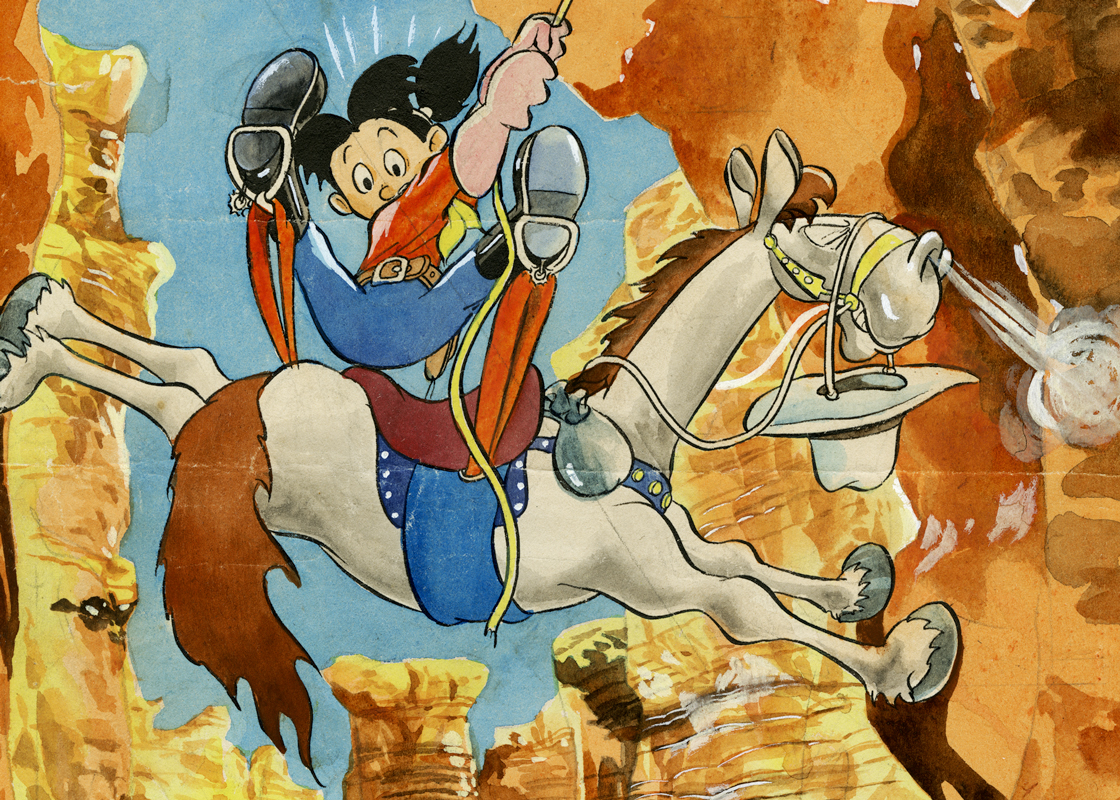 The Age of Adventure

This is an adventure Manga where a Japanese sword boy travels throughout the world in pursuit of a treasure map.
In 1876, Arashi Takonosuke, an envoy of the Edo Government, departs for Washington carrying a secret message concerning Japan-US trade. However, attacked by pirates in the Caribbean Sea, his boat is capsized. Takonosuke and some survivors are given half of Napoleon's treasure map from the British pastor Picar. But they are swallowed and scattered by a powerful tornado, and blown away to the Nevada Desert.
In the Nevada town, a bar owner, Ham Egg finds out about this story, and searches for the owner of the map. Outlaw Wild Bill Hecock, a mysterious gentleman, Count Monte Christ and others appear successively, causing a great deal of commotion over the treasure map. 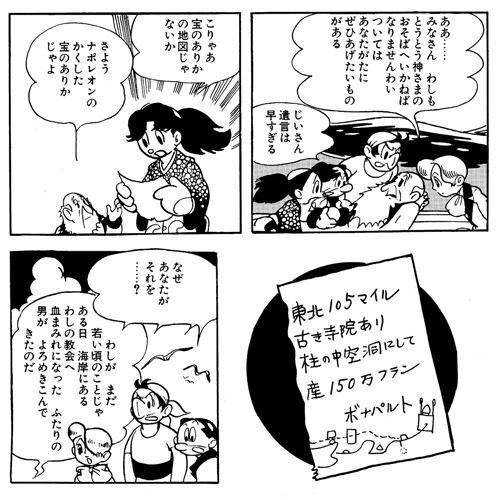 This is a work written at the request of monthly boys' magazine "Shonen Shojo Bokeno," first published in February 1949.
Initially, the story was like a western movie. But as the work was continued at the direction of the publisher, the story began to lose its direction, with Takonosuke joining a group of foreign troops in Morocco, entering into the world of magic and spells in Baghdad, etc.
This is why Tezuka Osamu later calls the work a "totally rambling and happy-go-lucky story" (in the postscript to the Complete Works of Tezuka Osamu, published by Kodansha Ltd.).
However, when this work was produced, the full-length Manga style had only just made its debut in this magazine.
Therefore, this work can be seen as part of a trial and error process for Tezuka Osamu in determining possible styles for the magazine. Parodies of movies popular in those days are scattered in prologue and throughout the work, and it exudes a flavor reminiscent of 1940s movie stars.
The front page of each chapter of this work, compiled in the Complete Works of Tezuka Osamu published by Kodansha, carry additional information on the author. 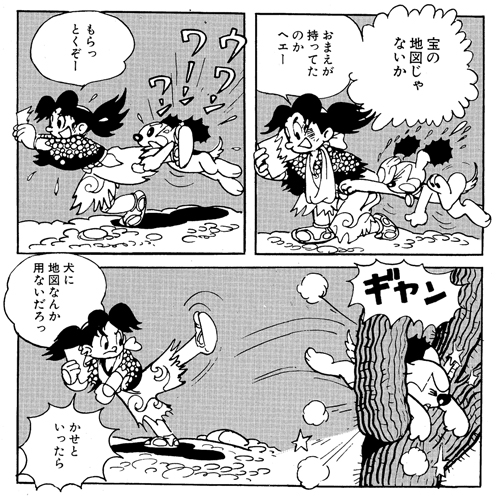