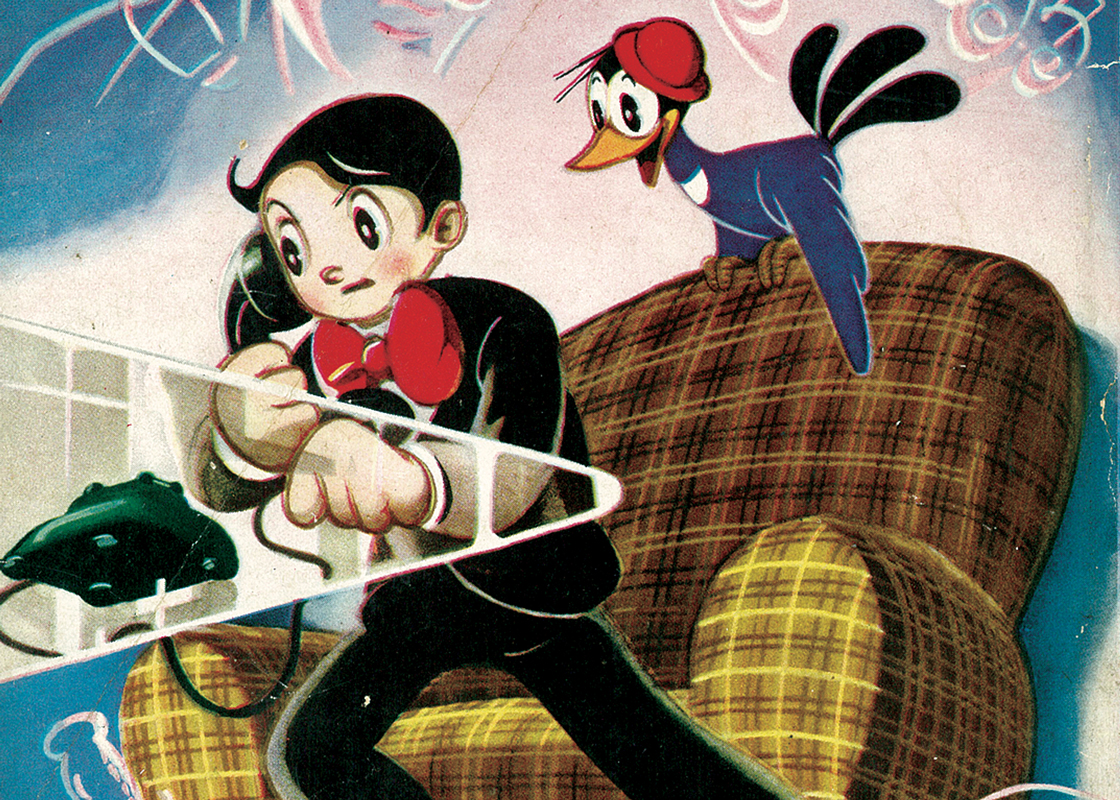 "Chief Detective Ken'ichi" is a detective Manga in which boy detective Kenichi clears up a lot of mysteries and tricks, and settles cases. Kenichi is the chief detective of Boy Detectives' Street Society, which has 26 branches nationwide. Always with him is Donguri, a myna bird. Donguri can reproduce the voice of a person it hears only once more precisely than a tape recorder. It can also go to high or narrow places, and wins wild birds over to its side. It is a reliable "right-hand bird" for Kenichi.
Kenichi and Donguri first face a radioactive fish case at Mount Oharai, and next search for the cursed secret treasure of Gandhara in the hinterlands of India. They also confront the Showa Shinsen-gumi, which is fighting for a bad cause. And they are facing another difficult case today. 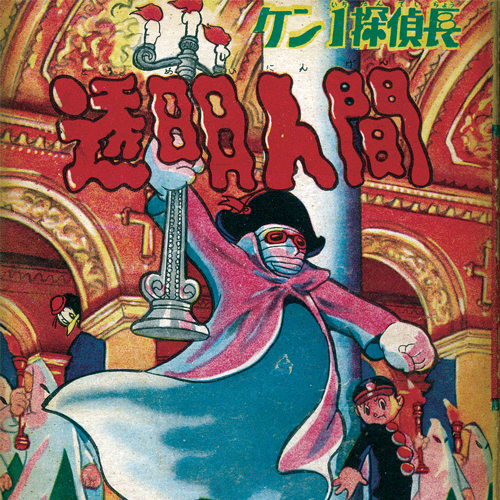 In this Manga, chief detective Kenichi solves various mysteries every time, deciphering code, explaining clearly a trick of a murderer who was locked up in a sealed room, and so on. On top of that, it is an enjoyable adventure story that unfolds in diverse places such as the Indian hinterlands and an old German castle.
Kenichi is one of Tezuka Osamu's oldest characters, having played the central role, Pete, in "New Treasure Island" (1947), Tezuka Osamu's first book. Tezuka Osamu loved the character so much that he wanted to put it in the limelight again because it was not initially given much attention among readers. So he created this story.
The last story of this series, "Incident of the House Spiders" appeared as a complete story in "Boken-o," a magazine published by Akita Publishing Co. Ltd., after the serial appearance in "Shonen Club." The work also appeared serially as each complete story in "Sanwa Children's Newspaper" from 1958 to 1960. 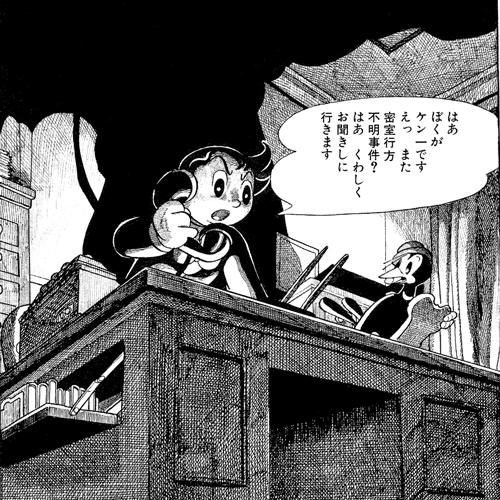 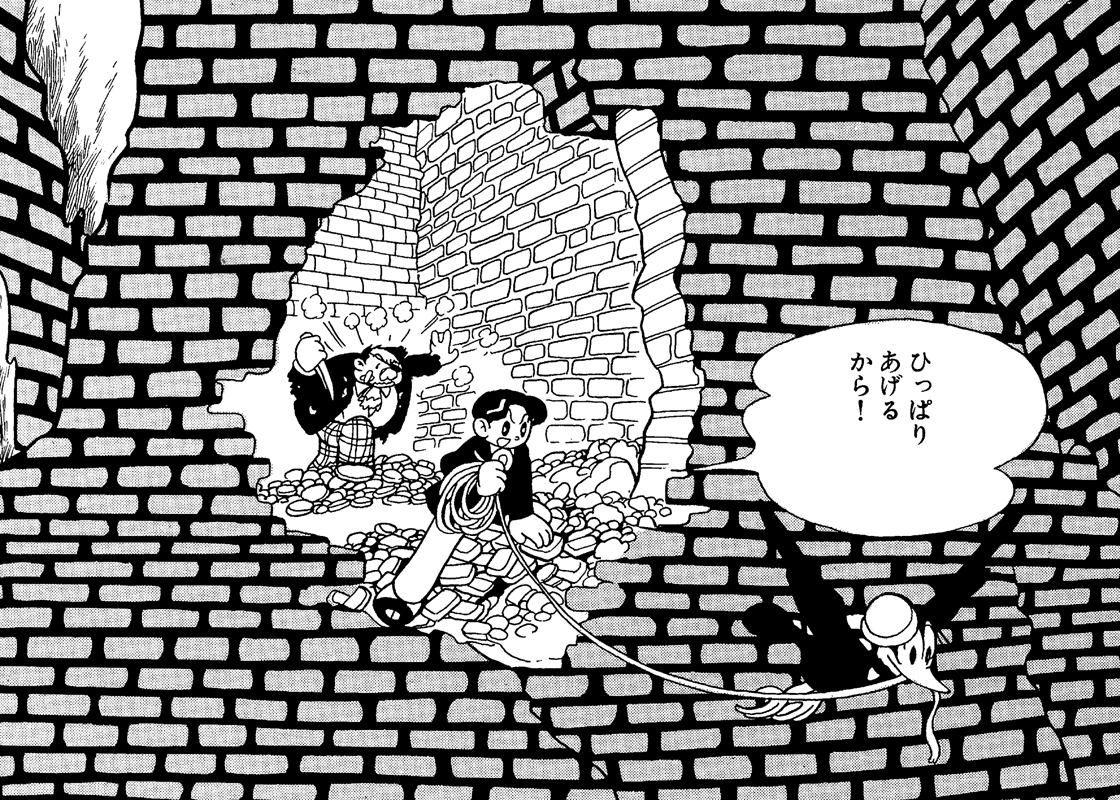