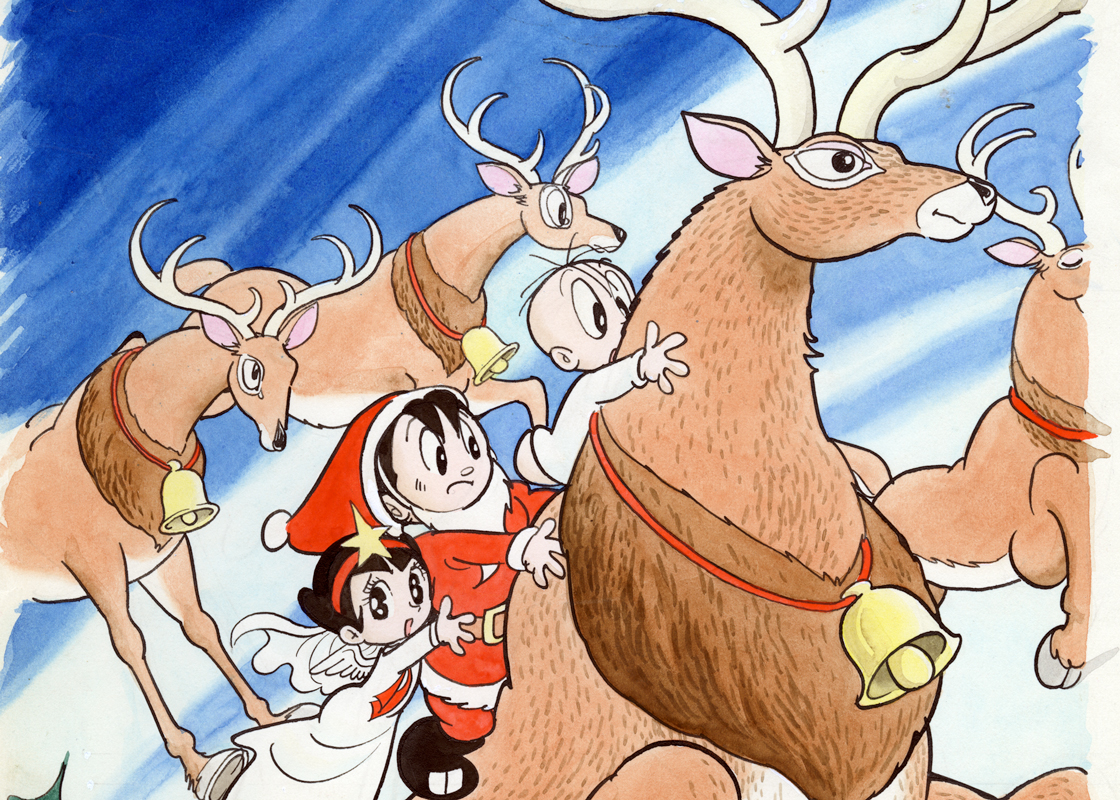 "Gumgum Punch" is a Manga for small children depicting the adventures of a boy called Punch and his sister Pinko who experience many things with magic chewing gum.
One day, the god of gum appears before Punch and Pinko and gives them magic chewing gum that is capable of producing anything. Seeing that they are trying to blow gum but can't, the god of gum sends his disciple, Gum Gum, to the children to teach them.
But Punch is always teasing Gum Gum because he is so small. Next, another disciple called Kucha-kucha is called in to help Gum Gum. Together, they create monsters, get a powerful typhoon drunk and enjoy a variety of adventures. 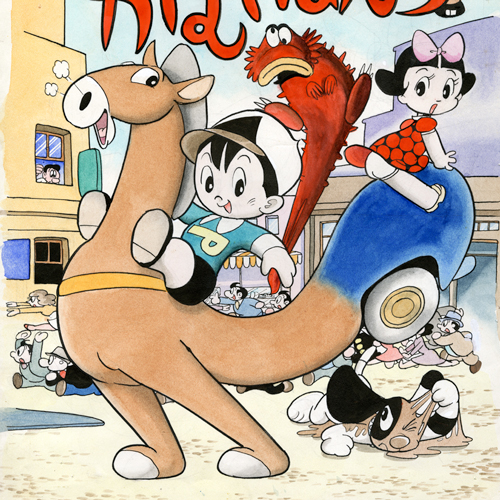 "Gumgum Punch" was first serialized in "Shogaku-Ichinensei" (Shogakukan Inc.) in April 1967. A month later, it was also serialized in "Shogaku-Ninensei" The title was written in hiragana (the Japanese cursive kana character) for the April to August issues of "Shogaku-Ichinensei" but starting with the September issue appeared in katakana (the squarish phonetic Japanese syllabary).
The characters' roles changed a little over the various versions of the stories. In the early issues, it is the owner of a gum shop that gives the children chewing gum, but in the later issues, Dr. Gum replaces the gum shop owner, and his assistant Gamun appears. In the April issue of 1968, it is the god of gum that gives the children chewing gum, and Gamun appears under a different name, Gum Gum, as a disciple of the god, and a new character, Kucha-kucha, is added to the list of characters as Gum Gum's assistant. 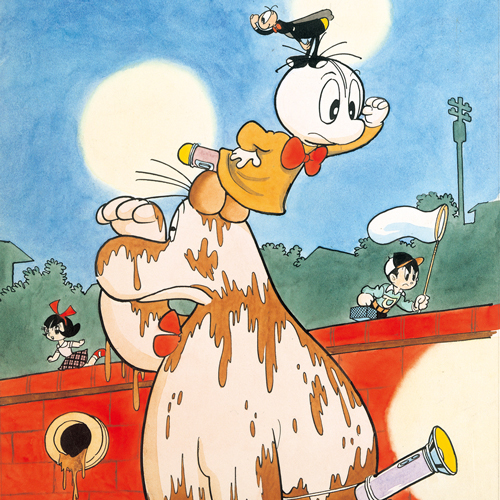 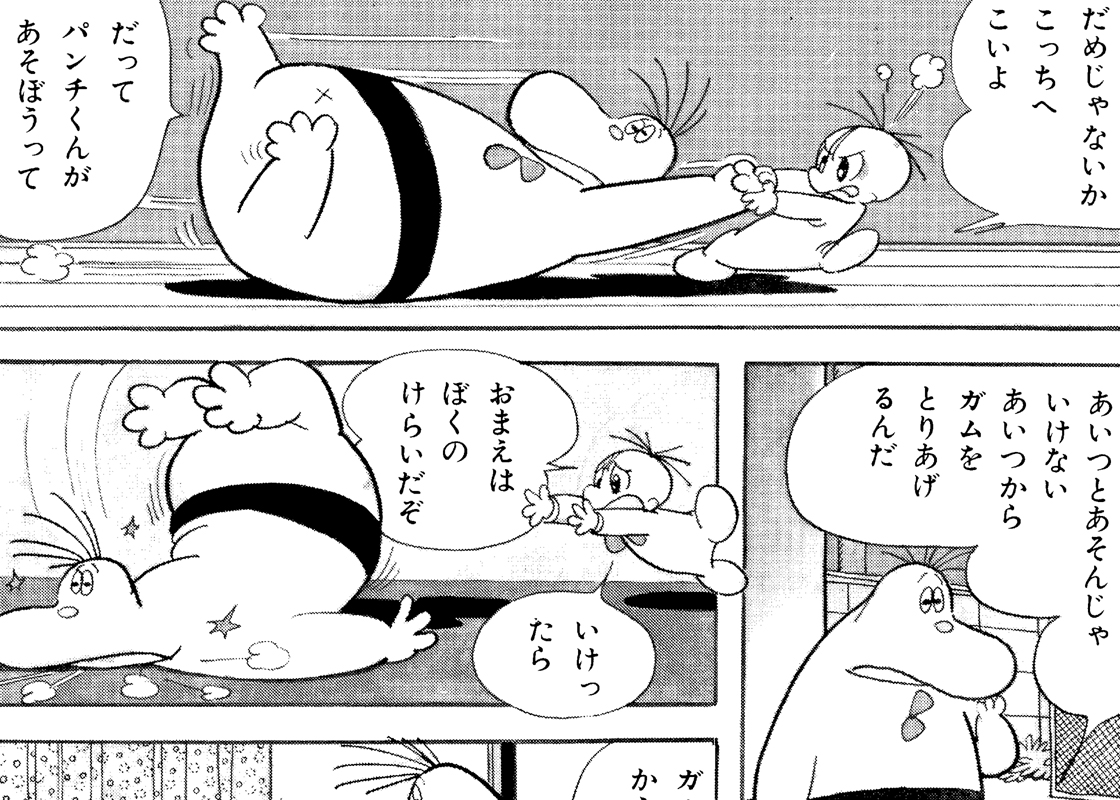