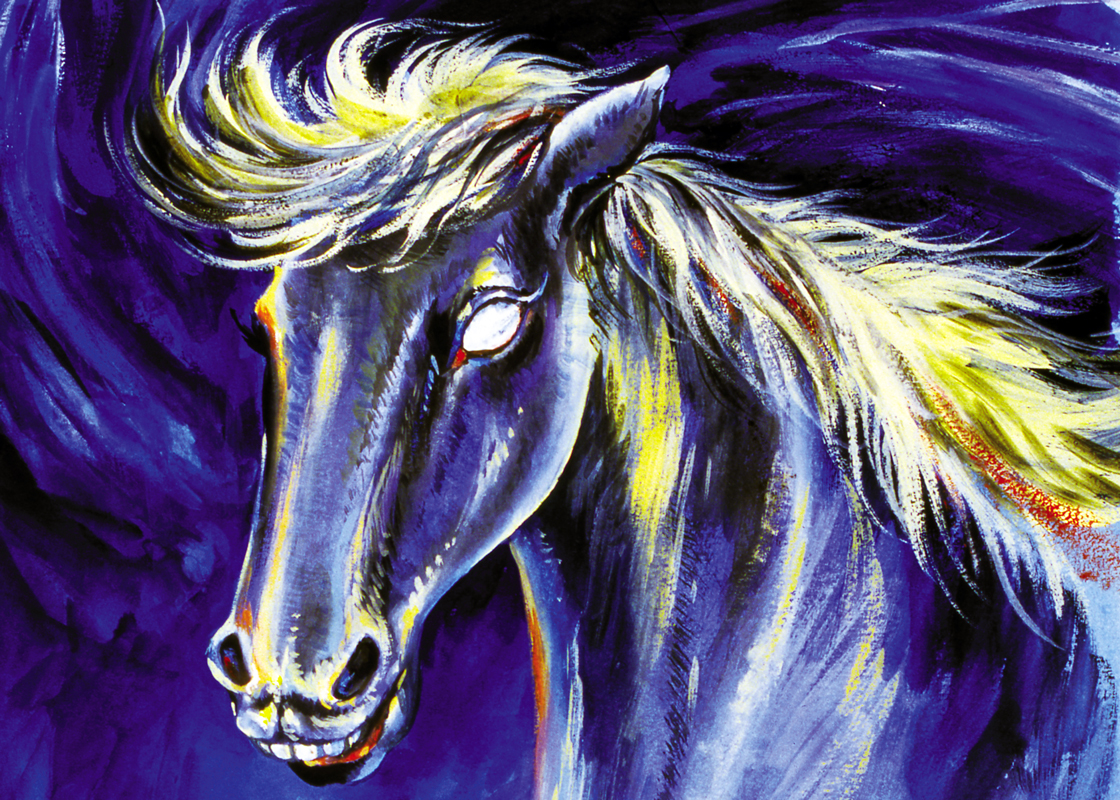 This is a thriller Manga focused on the hatred that tends to be latent in peoples' minds, expressed here in the form of a phantom of a horse.
Otani Tetsu is a quiet and introspective junior high school boy, but upon discovering that the violent teacher Kito plans to propose to his favorite teacher Mizushima Reiko, Tetsu begins to bear intense hatred for him. A giant horse appears from nowhere, and Kito dies on the next day. Tetsu instantly understands that the horse was Bomba.
Bomba was an army horse that his father was ordered to take care of when he was in the army during the Pacific War. Whenever Tetsu, weak hearted like his father, feels hatred for someone, a phantom of the horse his father used to tell him about appears, and takes revenge on that person.
In the meantime, Tetsu graduates from junior high school, and Mizushima moves to a school in Tokyo. Although Mizushima promises to see him again, she dies in an accident before she can keep her promise. Tetsu begins to hate everybody. Bomba then appears in Tokyo and starts to cause terrible accidents. 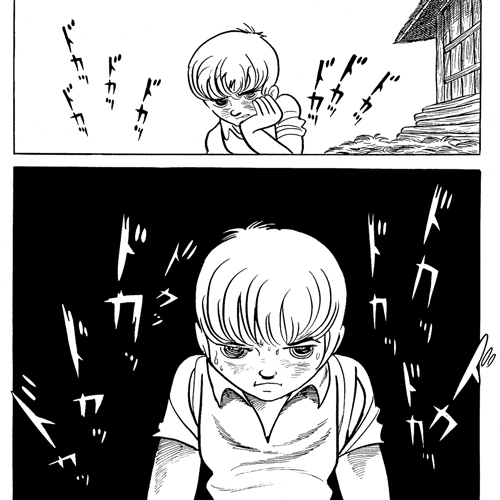 In 1970 when this work was published, Tezuka Osamu had experienced a range of problems with his Mushi-Productions Inc. and Mushi-Pro Shoji. He also had mixed feelings about his work and the way it was being expressed, as he was going through a period of trial and error.
Tezuka Osamu's feelings at that time are strongly reflected in this work.
Such sentiment is also apparent in the expression of the eyes of Tetsu: his eyes are slits instead of the usual black irises. Tetsu's eyes shut out the rest of the world completely.
The technique of not clearly blackening the irises was often used in those days in self-searching stories by young cartoonists debuting in "COM," the magazine of Mushi-Production. Although we are not certain, Tezuka Osamu might have used this technique as a way to express Tetsu's emotions in the course of trial and error. 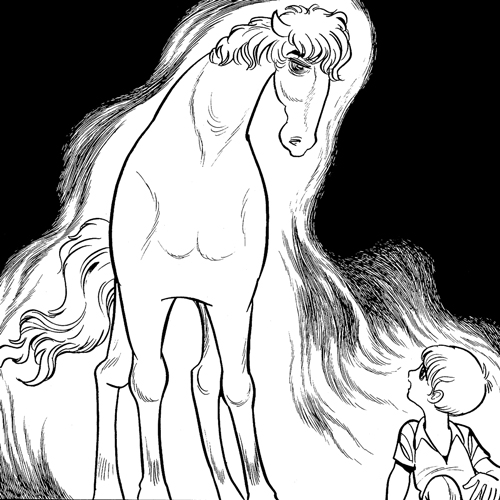 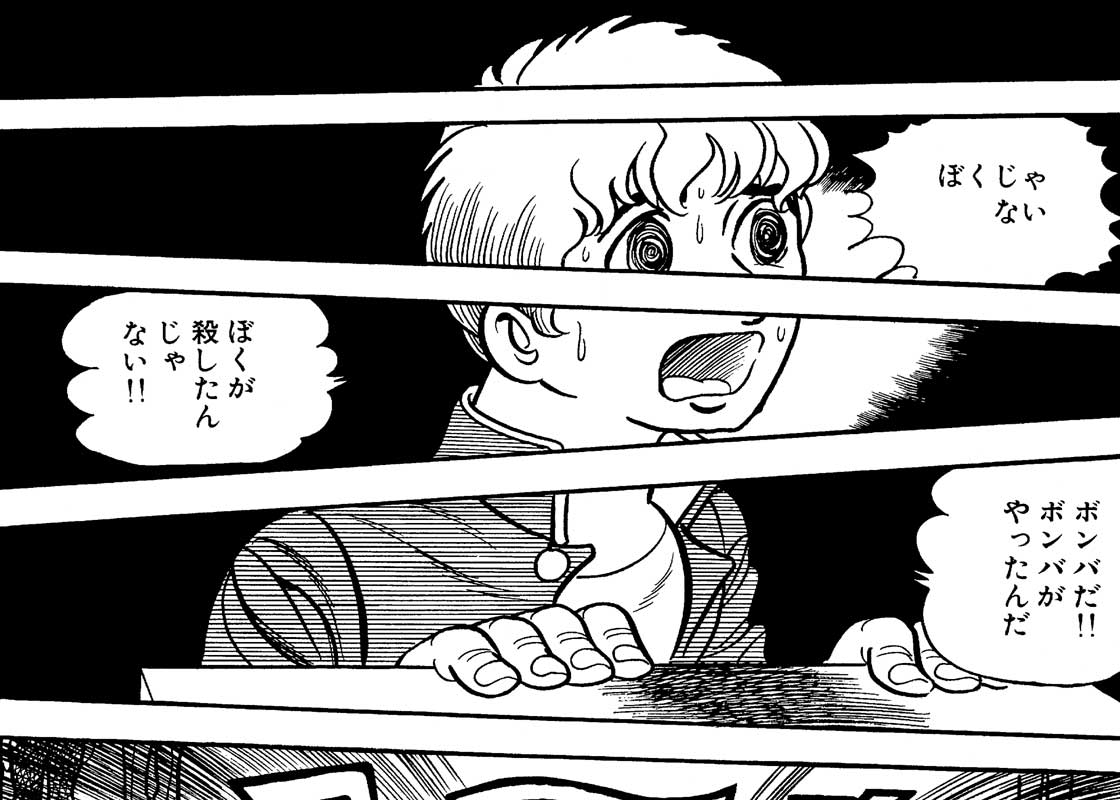