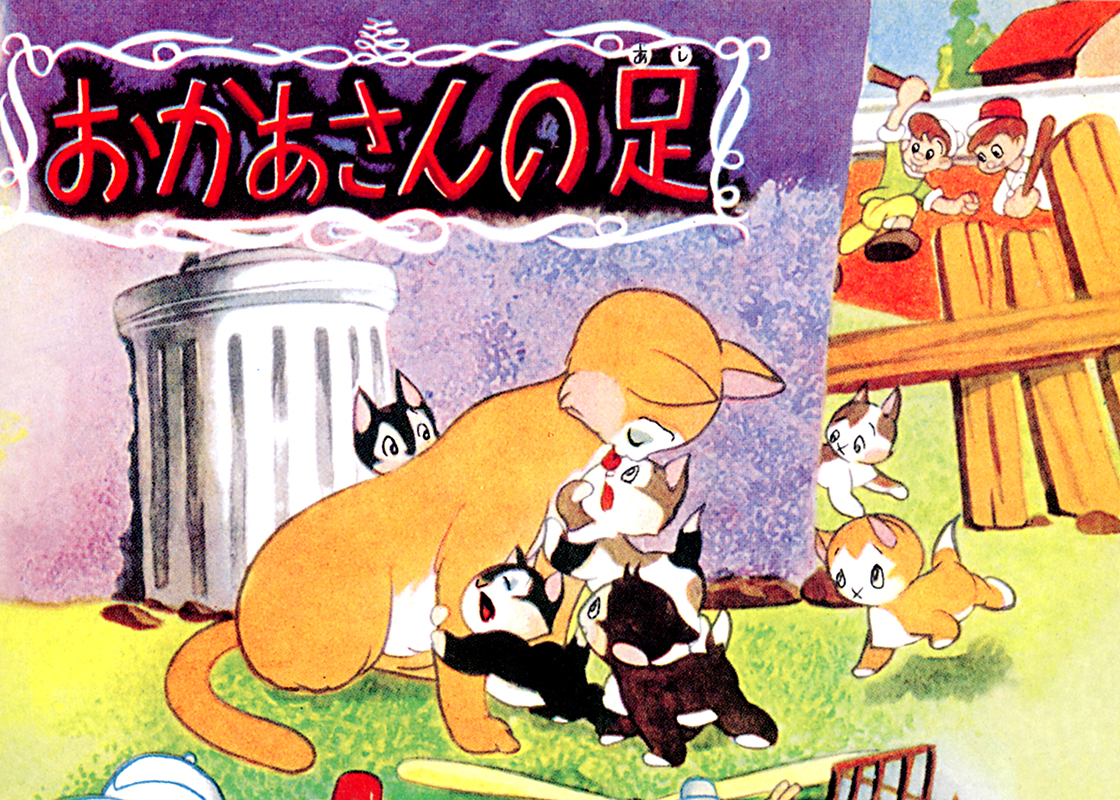 A female cat with three legs was always bullied. Even her kittens were made fun of because their mother lacked a leg. "Why are you missing a leg?" cried the kittens, so the mother cat began to explain. There was a cat living with an explorer in Africa. Just before the members of the expedition were due to leave Africa for home, the cat gave birth to kittens. The luggage that had to be carried on board the plane became too heavy. Now, the female explorer who lived with the cat in fact hated cats, and ordered the girl who took care of the cat to dump the kittens in the jungle. Hearing this, the mother cat went to a crocodile marsh and let a crocodile eat one of her legs. Why? Because she wanted to lose just enough weight for her kittens. When the female explorer learned of the mother cat's intention, she deeply regretted her foolish behavior. 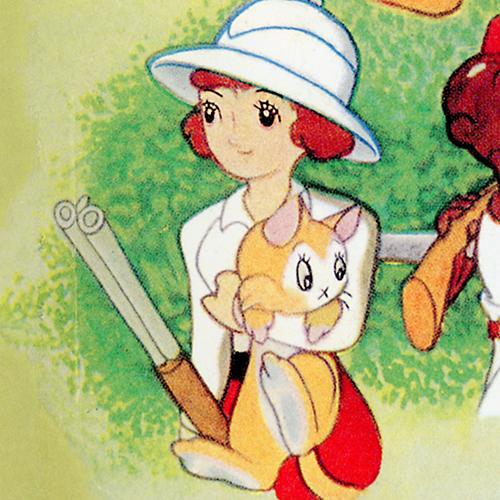 This piece originally appeared in the magazine "Shojo Club", but was rewritten later as a short cartoon by Tezuka Osamu himself. Both humans and animals are prone to shun those with physical defects. In the case of animals, even a single animal that can not keep up with a group could endanger the whole group. Humans, on the other hand, have no reason at all to behave like this. The only reason we shun someone is because they look different from us. This is so shameful. 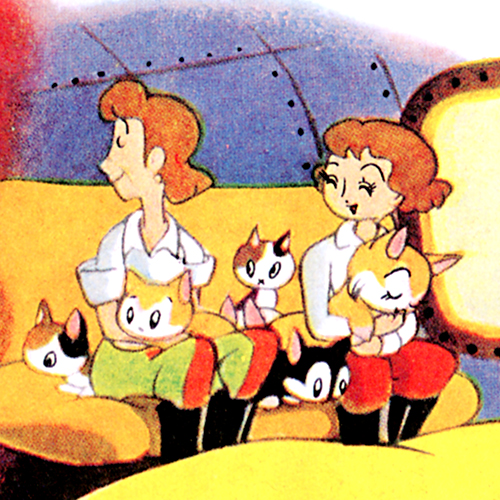