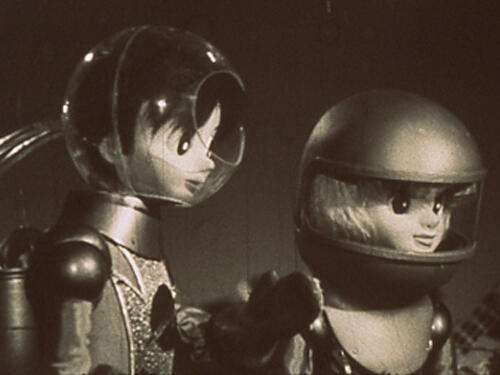 This is a unique work employing puppets for Tezuka Osamu's characters. Because it is impossible to show some scenes with puppets, such as spaceships taking off in a flash and sports cars running at full speed, these scenes were made with Mushi Pro's animation. The first part of this film is a story in which the sun loses its power, causing a crisis in the Earth's ecosystem. Then Galaxy Boy Troop is formed to save the Earth, and it takes a long flight to the ends of the universe in search of a substance that can restore the sun. (This story line is similar to the later smash hit "Cosmic Battleship Yamato"). The second part depicts a battle between the Galaxy Boy Troop and aliens on a flying disk. The music was by Tomita Isao. 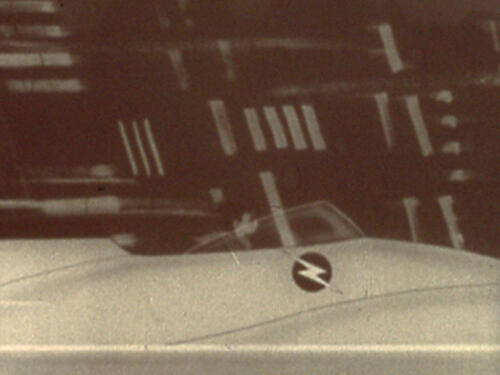 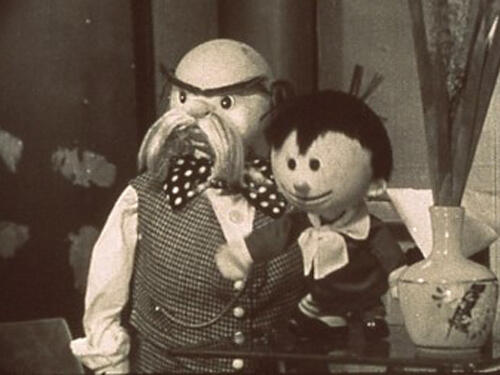 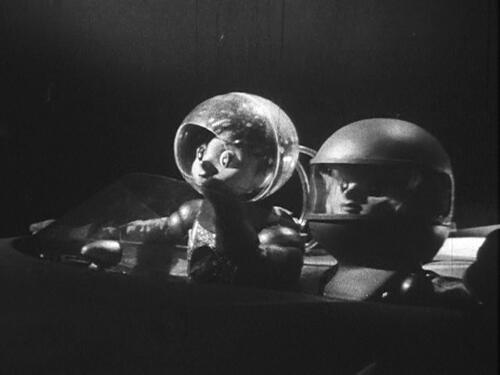